Electric vehicles are slowly but surely gaining more and more of a foothold in the U.S. auto market. As battery electric models continued to evolve, over the past five years millions of Americans chose to recharge instead of refueling, while the number of electric vehicle registrations continued to grow globally.1 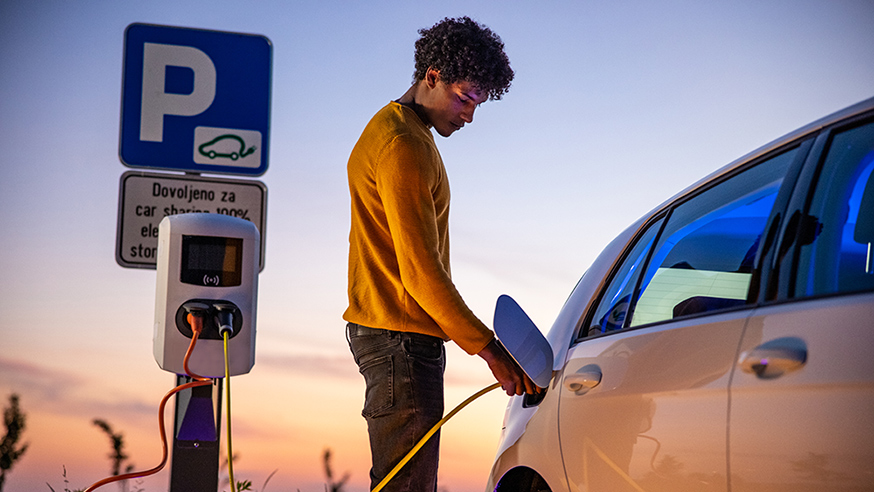 All this recent progress means auto insurers face the challenge of underwriting this relatively new technology.

While China leads the pack when it comes to electric vehicle adoption, Europe isn’t far behind and America is slowly catching up, as more publicly accessible charging stations continue to be built.2 President Joe Biden announced in August 2021 that he wanted electric vehicle sales to make up half of all car sales by 2030, and is even offering a tax credit for purchases of electric vehicles.3 4

But all this progress means auto insurers are finding themselves faced with the challenge of underwriting this relatively-new technology.

The cost of insuring electric vehicles

This is because of a number of factors, including:

Electric vehicles allow consumers to save on fuel costs, reduce their carbon footprints and even get tax credits in some states—and the American government is investing billions in them. In 2021, Biden passed an infrastructure law that allotted $5 billion in funding towards building a national charging network.13 Insurers may want to start considering how to underwrite for the new electric vehicle owners who will be coming to them for coverage.

Verisk has an ongoing focus on electric vehicles, including distinguishing these vehicles in our ISO Symbols and related data. Verisk is continuing to conduct research into the topic of electric vehicles, and Verisk is currently planning to add a class to its General Liability program with respect to electric vehicle charging stations. This filing is expected to be released in April 2023.

To hear more about the tools Verisk offers insurers for electric vehicles please reach out to Jim Davidson and Sandee Perfetto.