By Kirsten Wallerstedt and the 3E Regulatory Research Team

Across the globe, the winds of 2016 brought gusts of change in terms of politics, immigration issues, and cultural clashes. Perhaps not surprisingly, it was also a year of significant movement for chemicals and toxic substances on the regulatory landscape. A number of changes are triggering new requirements for importing/exporting substances and soon may affect business supply chains. 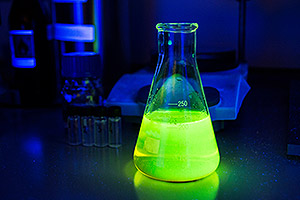 In the European Union (EU), the Registration, Evaluation, Authorisation and Restriction of Chemicals (REACH) Regulation has an important deadline that will likely affect a host of EU companies, businesses that sell to the EU market, and their supply chains. A similar range of companies will be affected by REACH regulations in Asian countries. Deadlines for biocidal product control are drawing near, and emerging trends in supply chain disclosure laws seek to hold companies accountable not only for their own conduct but also that of their suppliers.

On the American front, U.S. Toxic Substances Control Act (TSCA) reforms are taking center stage, and many companies will now be affected by the new warning requirements under California’s Proposition 65, which requires companies to warn before exposing anyone in California to significant amounts of a substance known to the state to cause cancer or reproductive harm.

REACH requires companies to register chemicals before placing them on the market. Government agencies then evaluate those chemicals to determine their safety. For substances that were already on the market, a “preregistration process” allows companies to keep their products on the market during the registration process. A significant upcoming milestone is the third and final “phase-in” deadline on May 31, 2018, by which time manufacturers and importers must have completed registration of their preregistered substances at the 1–100 metric ton threshold. This deadline is significant because it captures many small and medium-sized enterprises (SMEs) that haven’t yet been required to report under REACH registration. These companies may have limited knowledge about how the regulation works and may lack the requisite information that should be gathered from their supply chain. Thus, companies should already be in motion to meet the deadline.

Another notable update under REACH is related to the regulation of articles. The European Chemicals Agency (ECHA) and the European Commission released a draft guidance document in February 2017 that helps companies determine what qualifies as an article under REACH. Notably, incorporating a smaller item or component into a larger product does not remove the responsibility of reporting on the chemicals in the smaller article.

The EU’s REACH Regulation has served as a model for regulations in other countries. For example, South Korea and Taiwan are among the countries that have adopted similar regulations. In Korea, the Act on the Registration and Evaluation of Chemicals (known as Korea REACH or K-REACH) is now in effect. An upcoming deadline will arrive in June 2017 for the annual reporting of existing chemicals imported or manufactured above one ton per year. By June 2018, 510 priority existing chemicals (PEC) must be jointly registered. In Taiwan, “Taiwan REACH” registration is now required for new and existing chemicals. A REACH-like regulation is also pending in Turkey and likely to become official in 2017.

Keeping an eye on biocides

The Biocidal Product Regulation in the EU has been an inspiration for similar regulations around the globe. In brief, biocides are substances that destroy life, such as those that fight germs or kill bacteria. Biocides are found in myriad products, including cars, disinfectants, paints, and wood preservatives. This is an emerging area of regulation in the process of spreading from the EU to South Korea and Vietnam.

Several EU deadlines are passing in 2017. One prohibits “treated articles” in the EU market after February 2017 unless explicitly approved. In South Korea, a draft document for a biocide regulation would require permits for biocidal substances before import or production. This legislation is expected to move forward quickly in 2017. Notably, the Ministry of Environment in South Korea reviewed the U.S. Federal Insecticide, Fungicide, and Rodenticide Act (FIFRA) as well as the EU Biocidal Products Regulation to compose its draft.

Shared responsibility across the supply chain

Another key trend in 2017 involves disclosure laws within the supply chain. These laws are unique in that they encourage certain behaviors by requiring companies to report publicly on policies and practices. The regulations expose companies to public pressure, reputational risk, and potential brand damage. There is a high potential for exposure among companies that rank poorly on the evaluative rankings of these public reports.

Such laws also make companies accountable for the behavior of suppliers. For example, the Singapore Stock Exchange (SGX) in June 2016 passed a requirement for listed companies to report publicly on sustainability and social practices within a company and supply chain. In the United Kingdom, the Modern Slavery Act has annual reporting obligations that began in 2016. This law is far-reaching—it applies to all companies that do business in the UK as long as they have an annual turnover of more than 36 million pounds globally. These companies must account for suppliers’ behavior in addition to their own with regard to modern slavery.

Additionally, the EU Non-Financial Reporting Directive is in force, with obligations beginning in 2017 that cover social, environmental, and human rights, among other topics. The EU agreement on conflict minerals has also been reached, and official approval will be underway in 2017.

Changes to U.S. substance control have already begun. Reform of TSCA passed in June 2016, and as part of that implementation, the TSCA chemical inventory is scheduled to be “reset” in 2017. This will result in new obligations for affected businesses. Once the inventory is reset, companies will have six months to submit a list of chemicals imported or manufactured in the last decade. Processors will have an additional six months to verify that their chemicals are on the “active” list. After the reset, companies will need to substantiate any chemical listed as confidential in the active TSCA inventory. For notifications such as Premanufacture Notices (PMNs) and Significant New Use Notices (SNUNs), a new TSCA requirement mandates a submitting company wait until the Environmental Protection Agency (EPA) has issued a formal approval letter before it can start commercial manufacture or import of that substance.

New warning requirements for Proposition 65, officially known as the Safe Drinking Water and Toxic Enforcement Act of 1986, are now in force. This affects all companies with products used in California. In California, all Prop 65 warnings on consumer products as well as workplace and environmental warnings must be revised by the August 30, 2018, deadline.

In most cases, the new warnings must contain:

A significant shake-up to the regulatory landscape could come from Brexit, the June 2016 referendum in which the majority of British citizens voted to leave the EU. Brexit applies to the entire United Kingdom. Since Article 50 (of the Lisbon Treaty, which forms the constitutional basis for the EU) has been triggered, the formal removal of the UK from the EU has begun. This also initiates a two-year transition period during which the UK would negotiate how to continue a host of regulations, including those that affect the chemical and products industry.

In this context, it may be wise for companies to take time to consider their data access agreements and plan for several possible scenarios within their businesses, especially pertaining to their supply chain in the EU. Affected companies may wish to include flexibility or clauses in their business plans and contracts considering the multiple outcomes that may result from Brexit.

The many changes to regulations in 2016 ushered in a flurry of new requirements along with a degree of uncertainty in the compliance environment. Companies are encouraged to remain vigilant in tracking and monitoring regulatory developments and aggressive in their compliance strategies to stand fast against the changing winds.

Kirsten Wallerstedt is a senior regulatory analyst at Verisk 3E, a Verisk business.