It’s shaping up to be a bad year for wildfires.

The new year got off to an inauspicious start thanks to the Marshall Fire, which ignited in the waning days of 2021 and burned into 2022, forcing evacuations and burning over 1,000 structures in Boulder County, Colorado. 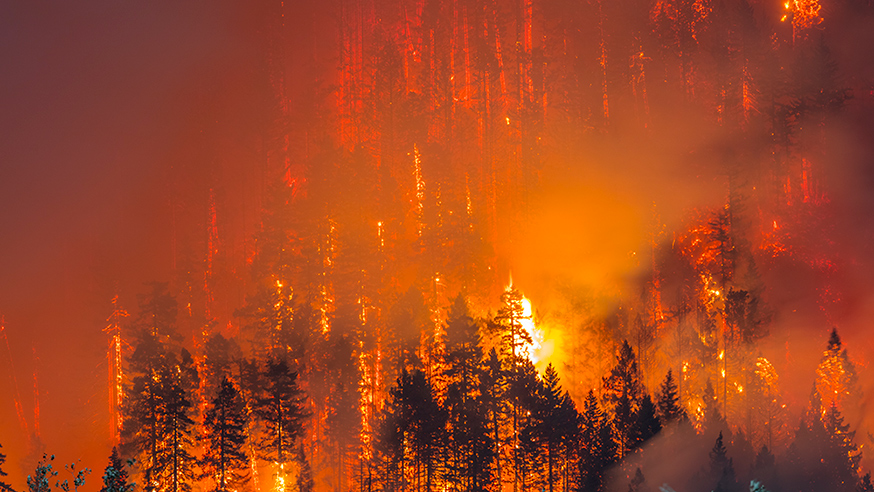 As the Western United States and Texas languish in a sustained drought, with lower-than-average forecasted precipitation and above-average temperatures, the stage is set for another potentially significant bout of wildfires.

And while the full brunt of what has traditionally been considered “wildfire season” has yet to be felt, we’re already outpacing 2021 in terms of number of fires and acres burned. New Mexico has already experienced the largest blaze in its history.

To date, over 26,000 fires have burned through nearly 2.4 million acres—that’s 4,000 more fires and nearly 2 million more acres than the same period in 2021.1 That’s a 70 percent increase over the 10-year average for wildfires from the first of the year through May.2

The largest fire in New Mexico history began as a prescribed burn on April 6 and spiraled into an full-blown blaze in the Santa Fe National Forest shortly thereafter. This fire, dubbed Hermits Peak, merged roughly two weeks later with the Calf Canyon Fire, becoming the season’s first  complex fire of note on April 22.3

The combined blaze has been hugely disruptive, burning over 310,000 acres and damaging or destroying approximately 1,500 structures4—and, as of this publication, it’s only 72 percent contained.5 The Hermits Peak/Calf Canyon Fire has forced over 18,000 people to evacuate their homes throughout San Miguel, Colfax, Mora, and Taos Counties.6 These counties are among the most at-risk in the state, according to FireLine® Risk Reports. Both Colfax and Mora are ranked third in the state in terms of housing units at high and extreme wildfire risk at 50 percent. They’re followed by Taos County, ranked fourth, with 8,800 units at high and extreme wildfire risk.

According to additional FireLine analysis, 90 percent of the Hermits Peak/Calf Canyon Fire occurred in areas at high and extreme risk of wildfire activity.

As the Western United States and Texas languish in a sustained drought, with lower-than-average forecasted precipitation and above-average temperatures, the stage is set for another potentially significant bout of wildfires.7 California, the Southwest, and the Rockies are all forecast to have above-normal wildfire potential heading into the hot, dry summer months.8

The climate’s influence on wildfire risk is also evident in snowmelt. The earlier in the year snows melt, the faster vegetation—vulnerable kindling for potential fires—dries out in the summer months. According to one study, spring in the North Hemisphere is arriving an average of ten days earlier than it did in the 1950s.9

Forecaster have flagged rapid snowpack melt in the Southwest, and below normal snowpack in the Northwest and Rockies as potential risk factors for 2022 wildfires.10 In the Plains, a lack of snow cover over the winter has left vegetative fuels exposed to more rapid drying.11

As wildfire stretches from a seasonal to an annual peril, insurers looking for help to manage this risk can gain valuable understanding from an ecosystem of personal property data that includes parcel-level property wildfire risk analytics, community mitigation insights, aerial imagery, and up-to-date reconstruction costs estimates.