By Neil Spector  |  July 1, 2015
"Every generation needs a new revolution,” noted Thomas Jefferson, and in present times it seems that several revolutions are joining forces in the insurance world.

The recent innovations of ridesharing and car sharing rapidly are changing the market for many insurers and policyholders and eventually may result in fewer insurable cars on the road. At the same time, the arrival of digital sales channels likely will make it easier than ever for policyholders to shop around for other options.

As these dynamic trends are emerging, in some ways the personal lines auto market itself appears to be shrinking. There are 40 percent fewer auto insurers today than 20 years ago, according to an analysis by Verisk Analytics based on data from SNL Financial. In that time, the industry has seen only modest increases in premium levels. The end result has been fierce competition among insurers to attract and retain the best policyholders.

To remain both competitive and profitable, many insurers likely need to take a renewed look at their retention models. With a shrinking market and the high cost of acquiring new customers, forward-looking insurers should consider retention during the underwriting process by focusing on writing policies with a high lifetime value.

Getting underwriting right from the start

A key tenet for lifetime value continues to be superior customer service, although many insurers put themselves in a hole from the start. This can occur when offering “teaser” quotes that tend to balloon as more data is revealed. For many customers, that can kill a deal. Worse, this kind of experience is often ripe for social media sharing, sending a single customer review to an unlimited network of people who may choose to avoid a company in the future. Customers who accept the higher rate are likely looking for an alternative from the start, reducing the chances of retaining them. 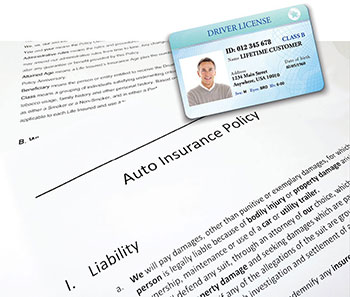 There is another option. Recent analysis has shown there are ways to improve and reduce the cost of the customer acquisition process and, at the same time, write policies that may yield better loss results. Verisk studies have shown that nearly 80 percent of personal auto applications can be completed accurately to deliver a bindable quote using available data sources requiring minimal consumer input. And very often an application can be completed in a fraction of the time that delivering a quote currently takes.

By independently validating information from the application and applying indicators and predictive modeling earlier in the application process, an insurer often can significantly reduce the likelihood of the quote changing later. This process also can help identify high- and low-value lifetime customers. Extensive analysis of millions of applications over the last several years showed an average loss ratio differential between low-risk and high-risk applications of more than 55 percent. The result can be lower cost of acquisition and improved financial results for an insurer, as well as a better customer experience for the applicant. All of this may contribute to profitable retention.

Hard and soft: Heading off fraud

Another way underwriting can become the essential first step in profitable policy retention comes in the detection of fraudsters. Fraud can come in many forms — sometimes with malicious intent but more often arriving in “softer,” less obvious ways. Identifying potential fraudsters during the underwriting process helps preserve rating integrity for the long term.

Computers, tablets, and smartphones are changing the consumer process for buying auto insurance. These channels tend to be ideal for fraudsters, allowing for anonymity and repeated access to buy insurance using falsified information.

As a result of fraud in other markets, databases of fraudulent devices have been compiled. Using these special databases, insurers often can halt the processing of an application that may have originated from a device known to have been used for fraudulent purchases in the past.

Fraud associated with information provided by the applicant as the basis of the policy can be more detrimental to lifetime value than other forms of fraud. The result can be long-term policies with inadequate risk-to-rate — in other words, perpetual premium leakage. This type of fraud is difficult to catch.

Insurers can set up automated rules to validate identity, household composition, garaging address, vehicle data, and other information associated with an insurance application. If a customer’s responses don’t correlate with the known information, the insurance representative (or a dynamic rules engine for digital sales channels) can explore the response further to shed light on the discrepancy. Still, writing policies based on the most complete and accurate information available remains the best first step to profitable retention.

Even if policy data collected during the new business process is correct, there are many ways lives change that potentially affect a policy’s terms in the future. For example:

Even for these life-changing scenarios, updating the insurance policy often is not a top priority. Below is an example of how youthful drivers, when not detected, can affect profitability.

In 2013, there were nearly 9 million drivers under the age of 20, according to the Federal Highway Administration. Verisk Analytics recently reviewed data from 19 states to compare the date that a new driver received a license with the date a new driver was added to an insurance policy for the address represented by the policy. In that study, the average time for a new driver under the age of 20 to be added to a policy was about 11 months. As a result, Verisk estimated an average lost premium of almost $1,100 per policy.

Even if policy data collected during the new business process is correct, there are many ways lives change that potentially affect a policy’s terms in the future.

Rather than waiting for the policyholder to call about the need to extend coverage to a new driver, it’s possible to receive alerts signaling newly licensed drivers at the policyholder address. This allows an insurer to take a proactive approach in ensuring that all drivers in a household are named on a given policy.

Moving violations, a change in commuter mileage, and the location of a car’s garage all are factors that can result in premium leakage if not identified immediately. Verisk estimates that such lapses in improperly rated policies cost auto insurers as much as $16.1 billion per year. Monitoring programs can help identify these circumstances to help an insurer determine if the policy terms are an accurate reflection of the actual risk.

Reach out and bond

Although monitoring programs can be effective for identifying a potential rating change, a common problem involves ineffective follow-up. Only the bigger insurers have the personnel and infrastructure in place to reach policyholders and check the status of an active policy. Smaller insurers may assume they don’t have the resources to outsource the follow-up, even though these programs typically have a high return on investment. But we may know less about how outreach might play a role in retaining policyholders at an appropriate premium.

One of the key steps in building positive relationships with customers is communication. It has been shown that outreach, either by phone or mail, can play a big role in reducing defection of customers and increasing their satisfaction. And yet, most insurance companies sometimes have only limited contact with their customers — contact that comes chiefly at the time of policy underwriting, renewal, or claim.

Contacting insureds in midterm by phone should help some insurers stem premium leakage and may help to build a professional bond with the policyholder. A study published in the Harvard Business Review in 1990 suggested that a 5 percent increase in customer loyalty can potentially increase insurer profits 25 to 85 percent by extending the average lifetime of the customer relationship.1

A separate study by Verisk showed this bond can positively affect claims. A multiyear study of losses for companies that engaged with policyholders showed a reduction in claims losses of 15 to 20 percent during the year following a phone contact. By reminding policyholders of their relationship with their insurance company, an incentive for risky driving behavior often is reduced, which can result in safer driving.

Technology may be driving more auto insurance churn than ever. In the digital age, it often takes only a matter of minutes for policyholders to get a new quote and seek a better option. This trend puts pressure on insurers to try and keep the best policyholders in an attempt to optimize lifetime customer value. One strategy for insurers has been to identify good customers most likely to leave and then focus retention efforts on keeping them. Preferred policyholders are relatively easy to identify: Typically they are safe drivers who pay their premiums on time. Determining which ones are most likely to leave is the next challenge, but big data is also making that task easier.

There may be dozens of potential indicators based on household details, garage location, existing insurance coverage, and claims history that can help predict a policyholder’s propensity to shop around. Changes in policy limits, adding or removing additional coverage, length of time with no coverage or coverage gaps, endorsement changes, and number of liability claims are examples of factors that, when combined with other indicators, often can predict a policyholder’s intentions to shop. Analyzing this data for new business also has proven to be a powerful predictive tool for future policy performance and lifetime value.

The future may look very different

Within a decade, usage-based insurance will likely change personal lines auto insurance to something nearly unrecognizable from how it appears today. UBI programs are steadily taking off; most large insurers are offering programs, and policyholder adoption is slowly on the rise.

But virtually all UBI programs in place are not yet optimal because of costs and constraints on technology. Typical UBI programs track drivers for a limited period of time and then offer discounts to safe drivers. Many insurers usually recycle the devices to spread their fixed costs over more policyholders. Smartphone apps also are being introduced to collect driving data and help reduce fixed costs even further but have displayed challenges in providing reliable data.

Automakers offer a third path that has the potential to change how driver risk is assessed and how auto insurance is sold.

UBI looks to be advancing in the same direction that automobile and telecommunications industries are headed: toward the goal of the vehicle functioning as a fully connected data center. Connected cars remove the limitations (expense and logistics) of current data collection technologies and can open up the opportunity for new levels of innovation. According to IHS Automotive, the number of cars connected to the Internet worldwide will probably grow more than sixfold by 2020, from 23 million today to about 152 million vehicles. It appears that it’s only a matter of time before nearly every car on the road is connected, with constant flows of data going from a car back to its manufacturer.

Drivers who choose a UBI program are likely the type of policyholders who tend to drive profitable retention. The ability to track the driving habits of these “good drivers” and coach them to further enhance their safety provides insurers a way to aggressively manage risk. Though cries of “Big Brother” may seem inevitable, there may be few things that can beat a UBI program — at least from the perspective of profitable retention.

An earlier version of this article appeared in Carrier Management.

Neil Spector is president of ISO.