Though adopted early by personal lines insurers, telematics is just coming into its own in the commercial auto space.

Commercial insurers are examining the differences in commercial driving behavior to evaluate what types of services and discounts would best serve policyholders. 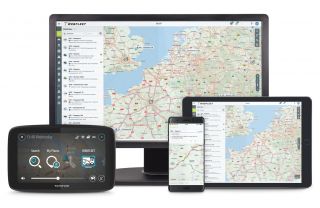 We estimate a 40-60 percent penetration rate among fleet operations that have already adopted telematics.

We estimate a 40-60 percent penetration rate among fleet operations that have already adopted telematics and use it to understand driving behavior and better control the total cost of vehicle ownership.

Right now, insurers utilize some telematics data for rating and claims resolution. We’re also starting to see more and more companies look into accessing the data from these hardware and plug-in devices on the claims side, as well, and that’s an interesting use case. It just starts to build this more robust story around how telematics can be more involved and can really be an integral part of the entire insurance policy lifecycle.

There are areas of missed opportunity where telematics can prove useful. Insurers lag in using telematics to improve customer service; for example, using it to reinforce safe driving habits.

The international insurance market has already begun to integrate third party services, for instance, international insurers have offered coupons for coffee, snacks and oil changes. This offers an insurer the opportunity to enhance the customer and driver experience.

Telematics is no longer viewed by fleet operators as a big brother technology. It keeps small problems from turning into bigger ones.

This article is adapted from one that originally appeared in Claims Journal.

Zack Schmiesing is director of ISO Commercial Telematics/IoT at Verisk. Reach him at ZSchmiesing@verisk.com.