The third quarter of 2016 will witness a major milestone in the history of telematics as the first data exchange between insurers and consumers who drive connected cars powers forward to reality.

Today, with the Verisk Telematics Data Exchange™ nearing its launch date, it seems appropriate to look into a future envisaged during months of intense planning and also to consider how far telematics technology has come since its rudimentary beginnings. 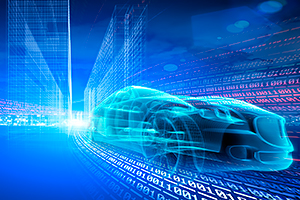 The world was introduced to telematics in the early 1960s, in a period when tensions between the United States and the former Soviet Union were escalating. That’s also when the U.S. government, intent on national security and concerned about a potential nuclear threat, funded the development of Global Positioning System (GPS) technology. Initially, GPS was intended for military and intelligence applications. But a decade later, the concept of GPS for civilian use became a reality. When that happened, telematics as we know it today was born. (The term telematics, incidentally, was coined by a French research scientist in 1978.)

In recent years, telematics has brought auto manufacturers and insurance companies into alignment, with both industries recognizing the value proposition and potential of telematics. Automakers found value in using telematics data to communicate information to car owners about their vehicle’s maintenance needs and performance and to convey information to consumers about their driving behavior, which could lead to safer driving. In turn, safer driving—such as fewer sharp turns and hard-braking incidents—could positively affect vehicle performance and fuel efficiency. Automakers also recognized that better fuel efficiency and less wear and tear (requiring less maintenance) could potentially save money for a consumer. Additionally, the better a vehicle performs, the more likely its owner will be satisfied with the auto brand. Thus, automakers saw the potential value of telematics because, theoretically, the longer an auto manufacturer can maintain the trust of the consumer, the longer a consumer may want to remain within that auto family—all good for the bottom line.

Many insurers, too, quickly saw the inherent value of telematics data. Traditionally, insurers rate consumers on various factors that typically include proxy data to predict an individual’s risk level, which helps determine rates. Some consumers may complain that not enough insight goes into the rating process. Yet telematics data, applied through usage-based insurance (UBI) programs, allows insurers to consider details of individual driving behavior—which might lead to more accurate and customized pricing. Insurance rating could become less about “the masses” and more about individual behavior and performance. Insurers understand that one of the potential benefits of using telematics data as part of their underwriting practices can include the consumer’ perception that they are operating with greater transparency. Consumers could now also examine their own driving data—and likely this data overlaps with the data their insurance company reviewed when establishing their rate in the first place. This not only would give consumers insight into how their driving behavior influences pricing but could also encourage safer driving. Of course, safer behavior can mean fewer accident claims, reduced loss costs for the insurer, and, ultimately, a positive impact on policyholder rates.

A Connected Road Ahead

Fast-forward to 2016 and beyond. For some time, we’ve said that the Verisk Telematics Data Exchange might represent the future of usage-based insurance. That future isn’t far away. Consider this: It’s been estimated that by 2020, over 90 percent of all new vehicles sold in the United States will be able to connect to the Internet. Today, about 5 percent of vehicles are so equipped.i That’s a powerful leap forward in terms of the data that will be available from connected cars.

This influx of connected vehicles and data can bring tremendous opportunities for both the automobile manufacturing and insurance industries. Automakers have the potential to capitalize on vast amounts of data collected by the connected cars they sell. Insurers can also benefit from this data to potentially enhance their efforts to acquire and retain safer drivers and monitor their policyholders’ driving behavior and vehicle mileage.

But there can be corresponding challenges related to such connected-vehicle data. The volume of data that comes from connected cars is enormous and growing. The hardware, software, and carrying costs needed to store and manage this data can run into the millions of dollars—a cost that many insurers may find onerous. Automakers face their own set of issues, chief among them being the “many to many” problem: how to connect with hundreds of insurers that might be interested in purchasing their data. Those are just a few of the multiple hurdles to overcome when harvesting exponentially growing stores of data.

Even so, these are challenges that a telematics data exchange can help address. That’s why the launch of the first data exchange marks such a critical milestone in the history of telematics. The Verisk Telematics Data Exchange is appearing at just the right time in history—on the cusp of a coming flood of connected-car data.