Whiplash can remain a major pain point after a vehicle accident, crashing into insurer bottom lines through extensive claims. With an estimated £2 billion in annual costs in England and Wales, officials in the United Kingdom have been developing plans since 2015, in part, to end cash compensation for minor whiplash claims. The most recent phase began in November 2016 with the publication of the consultation paper and impact assessment “Reforming the Soft Tissue Injury (“whiplash”) Claims Process,” with the intent to reduce the cost of whiplash claims for insurers and motorists alike. 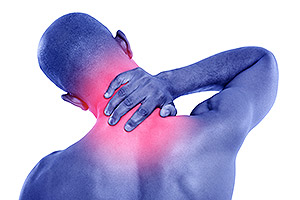 Reforms proposed by the UK Ministry of Justice (MoJ) required detailed analytics that could provide clarity on the state of the personal injury landscape in England and Wales, as well as supply insight into the current levels of compensation being awarded with respect to injury type and severity. The data has contributed to the MoJ drafting a proposal for firmer measures to reduce the cost of whiplash claims.

Plans to reform whiplash compensation have been underway at least since 2015. In that year, the British government announced its Spending Review and Autumn Statement, setting out plans to end or cap compensation for minor whiplash claims. The Association of British Insurers (ABI) approached ISO, a Verisk Analytics business, to use its resources in data analytics to help assess levels of compensation in personal injury claims and the potential impact of MoJ reforms.

Detailed claims analysis has provided insight into the prognosis for recovery and injury severity for whiplash/soft tissue injury claims. That information helped shape the UK government’s consultation into whiplash claims reform—helping the industry assess how to improve settlement determination and the government to meet a target that saves drivers £40 to £50 yearly on car insurance. The granularity of data provided was especially important in providing the analysis needed to understand the frequency and distribution of injury type and severity for soft tissue injury claims in England and Wales—and ultimately to help identify behaviors and trends in the claims process.

The parameters defining a “whiplash” injury tend to be unclear—it’s a term that can be used to describe a range of soft tissue injuries. A vital first step to understand these claims was achieved by capturing and mapping the distribution of whiplash claims across various levels of severity. In the past, this typically allowed a high volume of claims to be made with injuries across a blurred classification.

On average, there are 2.1 separate injuries per soft tissue claim, so even with the removal of claims for minor whiplash, compensation for other injuries may remain a possibility. With 85 percent of personal injury claims containing multiple injuries, a detailed analysis of claims that would be cut or retained was needed to ensure the reforms would have the desired impact. In other jurisdictions where thresholds have been introduced to address the frequency of “minor” whiplash claims, often more complicated claims are submitted with perhaps the intent to exceed the existing threshold. Data from New Jersey (U.S.), for example, reveals that, following the introduction of a claims threshold, the frequency of claims involving permanent disability (such as disc herniation) has increased dramatically, from 0.5 percent up to 40 percent.

ISO deployed claims analytics to test which thresholds could reduce general damages by as much as 50 percent on whiplash/soft tissue claims. More than 1 million personal injury claims from the UK were analyzed using data sets from 18 insurers. This data has provided detailed insight into the UK claims process that would otherwise have been unavailable.

From the data, ISO was able to track the behaviours and trends prevalent in such soft tissue claims in England and Wales over the last four years. In addition to providing new figures to reflect the current levels of compensation with respect to various types of injuries, the data analyzed by the market leading ISO Claims Outcome Advisor® (COA™) solution included information on additional injuries such as concussion, partial finger amputations, clavicle injuries, upper-limb disorders, Achilles tendon injuries, and lung lacerations.

To provide general cross-cultural comparisons, data has also been reviewed from jurisdictions outside the UK, such as North America and Europe. This additional data provided an overview on claims outcomes in different regulatory environments, which may be used as an indicator of potential consequences to specific regulatory changes. ISO was also able to map the range of compensation currently being paid in personal injury claims in the UK.

Working alongside the ABI, ISO produced the predictive analytics necessary to demonstrate the impact of a wide range of potential reforms. This data analysis also provided insight on potential unforeseen claims displacement and helped provide support for the ABI’s recommendation to the Ministry of Justice. ISO ran an analysis on types, frequency, and proportion of injuries involved in claims to better determine the parameters of “minor” whiplash and compare them to more severe injuries. The analysis helped demonstrate the much wider range of soft tissue injuries often involved and the number of claims that involved secondary psychological injuries. Claims with psychological injuries have seen a steady increase over the four-year period.

Analysis of the data and corresponding tests suggests that setting a claims threshold (based on recovery prognosis) could result in the reduction in general damages required and accomplish the objective of reducing minor claims. And while severity of injury claims has fallen over the study period, general damages have remained relatively constant. The main indicator of severity for soft tissue injuries is recovery prognosis, and there is a strong correlation between recovery duration and general damages.

The British government proposed to raise the small-claims limit for whiplash-related cases from £1,000 to £5,000, with further measures for reforming whiplash claims under consideration. The outcome of these proposals is yet to be determined, as the reforms were put on hold pending the general election, but officials were able to make a highly informed decision, which was refined by the breadth and depth of data captured and analyzed through claims solutions deployed by major insurers in the UK. Without such insight into how the proposed reforms could affect the industry, it now seems clear that a blind decision by the British government could have proven to be a major pain in the neck.