When Terrorism Shook the Marketplace: TRIA and Our Post-9/11 Recovery

By Zack Schmiesing and Alissa Legenza

In the aftermath of September 11, 2001, the nation soon realized the attacks on the World Trade Center and Pentagon had inflicted damage much deeper.

Financial markets and consumer confidence were badly rattled, air transport stood paralyzed, and insurers attempted to pull the jagged pieces together. Staggering levels of risk had come into the marketplace, prompting Congress to respond with important federal laws involving terrorism. 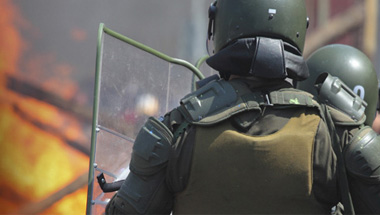 The first, called the Terrorism Risk Insurance Act (TRIA), was passed in 2002, erecting a temporary backstop for public and private sharing of insured losses from any future acts of terrorism in the United States. Up to that point, terrorism coverage was underwritten haphazardly, with no standard policy language expressly addressing terrorism readily available prior to September 2001 and few tools available to scale the risk by exposure or geography. Congress passed additional legislation at the end of 2005 and 2007.

But by the end of 2014, Congress adjourned without taking action with respect to an extension of TRIA. Without a federal backstop, uncertainty and potential problems could emerge in addressing the risk of terrorism, especially with respect to high concentrations of risk in major cities. Terrorism insurance coverage might become unavailable or unaffordable, and could potentially lead to a repeat of the days of insurance and reinsurance related panic that ensued following the events of 9/11.

Furthermore, if Congress did not reauthorize TRIA, commercial insurers would no longer be required to make available terrorism coverage under that law. Fortunately, Congress found a solution early in 2015, extending the termination of the program from December 31, 2014 to December 31, 2020, but the story of TRIA remains a valuable object lesson for the insurance industry and nation at large.

Following 9/11, some providers of both property and casualty insurance declined coverage, some reinsurers left the terrorism coverage market, and most of those who stayed were providing limited coverage — with the result of skyrocketing premiums pushed by rating-agency concerns about insufficient capitalization of terrorism risk.

It became clear the federal government had to find an insurance bulwark to pacify the market. In 2005, following the initial enactment of TRIA three years earlier, Congress renewed TRIA as the Terrorism Risk Insurance Extension Act (TRIEA). Lawmakers visited the issue again in 2007 with another acronym, TRIPRA, the Terrorism Risk Insurance Program Reauthorization Act. That law provided substantial peace of mind to insurers and maintained momentum in the recovery for developers, investors, and brokers involved in commercial real estate.

What about potential effects on property transactions within the commercial real estate industry? If development projects required better funding securitization, construction and operational costs might then increase. Investors might be more wary of portfolios with locations in high-density locales. In short order, businesses might be reluctant to move into those locales and choose instead to spread their employees between distinct locations. Speculation also swirled about whether high-profile public events such as the Super Bowl would proceed as expected. And would tourist centers like Disney World and Las Vegas be able to secure adequate coverage?

Under those troubling conditions, TRIA was set to expire at the close of 2014. Despite strong bipartisan support in both chambers of Congress — and with overwhelming support from the insurance industry and other market sectors — Congress failed to reach an agreement before they adjourned at the end of the year.

For the first time since early 2002, we awoke on January 1, 2015, to find much concern and uncertainty, and with many in the insurance industry, commercial real estate sector, and broader U.S. economy feeling more vulnerable to certain financial exposures related to terrorist attacks. Fortunately, the absence of Congressional action would be only temporary. Congress moved to reauthorize TRIA in January, when President Obama signed TRIPRA of 2015 into law. The new act extends the Terrorism Insurance Program, including a number of provisions, as amended, outlined in TRIA as of December 2014, for an additional six years.

Washington’s latest iteration of TRIA appears designed to start the process of more fully transitioning terrorism risk back to the private market as evidenced through gradual increases in the program trigger, private market retention, and reduced federal loss share percentage over the life of TRIPRA 2015.

During the period of uncertainty in 2014, one large A-rated reinsurer launched a product for private market terrorism coverage. That reinsurer’s offering generally provided policy limits up to $100 million and contained a terrorism definition that also included political, religious, and ideological acts as well as sabotage and business interruption. Even with TRIPRA’s renewal, this reinsurer reportedly plans to continue to market its product to address a perceived gap with respect to mid-market and smaller insurers.

A number in the insurance industry have taken notice of an A-rated veteran’s exploration of the private market terrorism space, and additional players to the field are possible in the future. The related reinsurer’s launch took off during a period in which the insurance industry has recorded increases in policyholder surplus in every quarter since the third quarter of 2012. The current surplus is estimated at more than $675 billion, according to the Insurance Information Institute, up from $290 billion in 2002. Those figures may raise a question about the industry’s capacity to assume more risk on the private side.

Even so, some reinsurers have been hesitant to jump into the arena, given the difficulty of modeling terrorism risk. To better understand parameters of frequency and uncertainty, a number of reinsurers depend on expertise from private developers of terrorism models. The probabilistic and deterministic results derived from terrorism modeling are now being reviewed by asset managers and investors in commercial real estate, and can yield insights through risk scoring, resilience, and benchmarking metrics.

TRIPRA 2015 has paved the way for insurance and commercial real estate companies to operate their businesses as usual, although not without lasting impact from the scare that took place at the year’s outset. After seven years in a legislative freeze, the federal government has begun the gradual process of reducing taxpayers’ liability with respect to potential terrorism losses.

Risk managers and investors need to start strategizing for a market that may gradually move to the private provider side, with greater fluctuations in prices and product structure. The worst and most devastating effects from 9/11 may have passed, but the specter of terrorism will continue to move markets.

Here’s a general comparison of some of the features of the Terrorism Risk Insurance Program after TRIPRA 2015 and after its predecessor:

Zack Schmiesing is director of thought leadership at Verisk – insurance solutions. Alissa Legenza is manager of consulting and client services at AIR Worldwide.