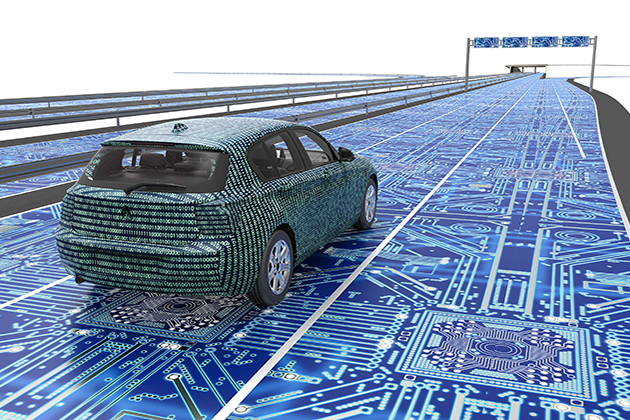 Like many aspects of modern life, changes in the nature of driving and car ownership are set to accelerate from evolutionary to revolutionary.

Driver-assistance systems for traffic warnings, automatic braking, and lane changing are already in play. There is potential that a wave of autonomous vehicles could enter our roadways at some point in future.

Digital and wireless technologies—including vehicle telematics—are fueling this revolution. As these high-tech trends transform how risk is assessed, there will be many insurance and legal implications.

Auto insurance underwriting has long depended largely on proxies for assessing risk among drivers. These crude measures of age and gender have been supplemented over time with factors such as credit and education to develop increasingly granular risk information.

But such rating considerations are still just proxies for risk. Now, insurers can potentially gain a virtual window on individual driving behavior through vehicle telematics.

There is still a long way to go to reach complete transparency. According to a Verisk Analytics review of SNL Financial data, there are more than 25 UBI programs in the United States. But a 2014 Willis Towers Watson survey found that less than 10 percent of drivers have ever been covered by a UBI based policy. Implementing telematics and UBI will call for balancing the agendas and interests of many stakeholders, including insurers, automakers, consumers, regulators and others.

Location data such as garaging and where a vehicle is driven can be monitored directly and precisely from a telematics device instead of relying on consumer-supplied information that may be subject to error or misrepresentation.

A 2015 report by the National Association of Insurance Commissioners Center for Insurance Policy and Research discussed potential implications. According to this report, some proxies may not disappear but rather gain greater depth and reliability. Location data such as garaging and where a vehicle is driven, for example, can be monitored directly and precisely from a telematics device, instead of relying on consumer-supplied information that may be subject to error or misrepresentation.

Advanced driver-assistance systems (ADAS) can create ambiguity in assessing driver performance and assigning blame for crashes. Automakers’ rapid adoption of ADAS demands quick attention from insurers, and telematics is anticipated to capture the real-world behavior of those systems. Front-crash prevention, adaptive headlights, lane-departure warning and blind-spot monitoring each will penetrate 40 percent of the nation’s registered vehicle fleet within the next decade, according to a Celent study of data from the Highway Loss Data Institute. These promising (but still developing) technologies may be flawed in some cases in terms of assessing individual driver behavior, and they remain dependent on a fallible human element.

A Tesla driven in autopilot mode crashed in Florida last year, killing its driver, after the car’s cameras reportedly failed to detect the white side of a semitrailer against a brightly lit sky. Neither the driver nor the car’s automated braking system reacted in time. The automaker stressed that drivers receive on-screen warnings to stay engaged while operating their cars regardless of the driving mode, and they are required to acknowledge those warnings before activating the autopilot system.

So in the murky space between traditional and fully self-driving cars, there remain difficult questions about which features increase safety and which may increase dangers through overreliance on automation. In the telematics context, all of this feeds into measuring risk and assisting in determining the cause of crashes. Tesla’s sensors and telematics are able to detect whether and when the driver’s hands are on the wheel during autopilot operation.

Half of the respondents to an ISO survey on autonomous vehicles said legal issues, such as determining fault in accidents, would be 'very important' operational considerations.

Half of the respondents to an ISO survey on autonomous vehicles said legal issues, such as determining fault in accidents, would be “very important” operational considerations. To navigate those issues, it may be necessary to identify whether the driver or ADAS is in control at any given moment and how control passes from one to the other. Those behaviors should be distinguishable, with ADAS currently projected to operate the vehicle in a more fluid and consistent way than a human driver could.

Beyond the realm of ADAS lie fully self-driving cars that will likely require no human input. A new Michigan law (2016 Michigan Public Act 332) generally allows operation of self-driving cars with no driver at the controls, and also “platoons” of self-driving vehicles traveling at coordinated speeds with closer than 500 feet in following distances. One major ridesharing service provider has begun testing such vehicles in Pittsburgh, also with drivers and engineers onboard. Another ridesharing service provider predicts private car ownership will be rare in major U.S. cities by 2025, citing financial and logistical burdens and a steady decline in young licensed drivers.

In theory, as self-driving cars become more prevalent on the roads, they could greatly reduce claims by steadily decreasing the incidence of human error. The critical reason for a crash is traced to a driver 94 percent of the time, according to the National Highway Traffic Safety Administration, and driver error causes 85 percent of those crashes.

A much lower frequency of human-caused crashes due to fully self driving cars would potentially reduce insurance rates, spurring more competition and conceivably decreasing revenues with margins remaining razor-thin. Since about 70 percent of insurance premiums are used for claim payments, according to A.M. Best data, reduced claims and continued competition may mean a smaller industry overall.

More important, if fully autonomous cars become predominant, auto insurance itself may yield to a product liability paradigm, with manufacturers bearing the risk of defective programming in their vehicles. More than half of respondents to the ISO survey said they expect product liability law to be best suited to address liability for damages related to accidents involving autonomous vehicles.

For now, Michigan’s law recognizes that testing these vehicles may also involve modifying existing cars. This law also states in part that manufacturers of automated technology are immune from civil liability for damage caused by autonomous vehicles that are modified without the manufacturer’s consent.

The day may come when a traditional auto insurance policy—or even UBI coverage—is as obsolete as a cassette player in the dashboard or a paper map in the glove box. Telematics, ADAS and autonomous vehicles will be transforming the way people travel just as these advanced technologies are rapidly refining risk measurement. The insurers that remain relevant will likely excel at established insurance models while boldly preparing for new ones, whatever form they take.

This article was produced by Verisk Telematics and first appeared in Risk Management, which has permitted its reuse.

James Levendusky is vice president of telematics for Verisk Analytics. You can contact Jim at JLevendusky@verisk.com.

More is more: Why 100 billion miles of driving data matter