From seed to smoke: Working under the influence

Editor's Note: This is a condensed version of the fifth article in our series on recreational and medical marijuana, From Seed to Smoke: Risks Across the Marijuana Supply Chain. Learn how ISO Emerging Issues subscribers can read the full article here. 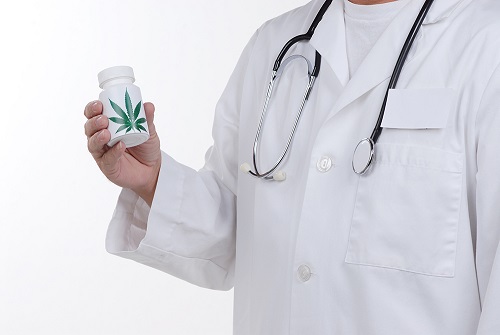 In nine states and DC, so-called “adult,” “personal,” or “retail” marijuana and marijuana-related products may be used for non-medical (“recreational”) purposes, subject to certain limitations. Additionally, states typically enforce restrictions on driving under the influence of marijuana.

Additionally, in many states, so-called “medical marijuana” and/or marijuana-related products may be purchased and used for medicinal or therapeutic purposes, subject to certain limitations. An additional 17 states have so-called “limited access” medical marijuana programs, which the NCSL defines as programs that permit the use of “low THC, high cannabidiol (CBD)” products "in limited situations or as a legal defense.” These programs tend to be more restrictive than their comprehensive counterparts.

Marijuana use and employment

So how does marijuana use - particularly for medical purposes - impact employment? Does THC persistence play a role? How are states responding to these and other issues, if at all?

Employers in the United States typically prohibit on-duty drug use by employees - and this prohibition usually extends to marijuana use. Additionally, many employers may seek to bar off-duty marijuana use as a condition for employment - particularly if the employer in question maintains contractual relationships with the federal government, due to the federal prohibition of marijuana.

Medical marijuana use and employment

States with comprehensive or limited medical marijuana programs have begun addressing at least some employment concerns related to marijuana use.

But the matter becomes a bit hazier with off-site medical marijuana use.

But the matter may not be as clear-cut in other states. Take Colorado. As we noted, Colorado’s medical marijuana law does not require that employers accommodate on-site marijuana use. What about off-site use? The state's medical marijuana program appears to be silent on the matter - and in 2015, the Colorado Supreme Court addressed this very issue. At the time, the court unanimously upheld an April 2013 Colorado Court of Appeals ruling, which had generally found that federally prohibited but state-licensed medical marijuana use does not constitute “lawful activity” under Colorado’s Lawful Activities Statute. The appellate court concluded that because the employee’s “state-licensed medical marijuana use was, at the time of his termination, subject to and prohibited by federal law,” it was not a “lawful activity” for purposes of the related state statute.

According to a recent Lexology article, “all of the state supreme courts that have addressed the issue have held that employers are not required to accommodate an employee’s use of medical marijuana.” That is, until July 2017. As Lexology reported at the time, “the Massachusetts Supreme Judicial Court unanimously held that an employee may pursue a disability discrimination claim under state law against her former employer for failing to accommodate the employee’s use of medical marijuana.”

So how would medical marijuana use affect a commercial truck driver’s employment? The answer is: it may depend on the state and on the employer. Different states address medical marijuana and employment issues to some degree and courts have decided on some of these issues, but the landscape continues to evolve and answers aren’t always clear.

The first issue touches on the topics we discussed above - that is, the difficulty in ascertaining intoxication, whether the mere presence of THC disqualifies an employee seeking workers’ compensation benefits, and whether employer workplace policies apply.

States differ in how they address the second issue - that is, whether injured workers are eligible for reimbursement for their medical marijuana-related expenses.

For example, the Massachusetts program states that its regulations do not require “any health insurance provider, or any government agency or authority, to reimburse any person for the expenses of the medical use of marijuana.” Washington's program is a bit more detailed: "Nothing in this chapter establishes a right of care as a covered benefit or requires any state purchased health care […] or other health carrier or health plan […] to be liable for any claim for reimbursement for the medical use of marijuana. Such entities may enact coverage or noncoverage criteria or related policies for payment or nonpayment of medical marijuana in their sole discretion.”

State courts have also weighed in on the issue, with differing results.