From seed to smoke: Legal haziness of marijuana

Editor's Note: This is a condensed version of the sixth and final article in our series on recreational and medical marijuana, From seed to smoke: Risks across the marijuana supply chain. Learn how ISO Emerging Issues subscribers can read the full article here.

Marijuana in the states 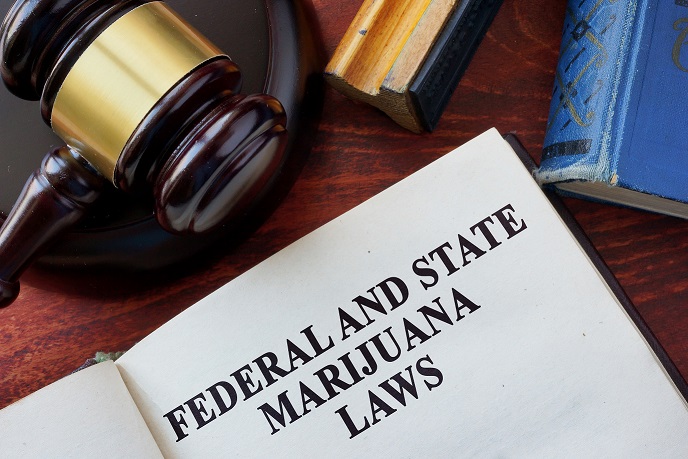 29 states and DC have programs that generally permit the cultivation, purchase, possession, and use of marijuana products for medical purposes.

Some states have permitted some uses

In nine states and DC, so-called “adult use,” “personal use,” or “retail”  marijuana, and marijuana-related products may be used for non-medical (“recreational”) purposes, subject to certain limitations. Additionally, in many states, so-called “medical marijuana” and/or marijuana-related products may be purchased and used for medicinal or therapeutic purposes, subject to certain limitations. According to the National Conference of State Legislatures (NCSL) , as of this writing there are 29 states and DC with so-called “comprehensive medical marijuana” programs that generally permit the cultivation, purchase, possession, and use of marijuana products for medical purposes. An additional 17 states have so-called “limited access” medical marijuana programs, which the NCSL defines as programs that permit the use of “low THC, high cannabidiol (CBD)” products “in limited situations or as a legal defense.”

Marijuana is currently listed as a Schedule I drug under the federal Controlled Substances Act of 1970 (CSA), which defines Schedule I as drugs “with no currently accepted medical use and a high potential for abuse” and are considered “the most dangerous drugs of all the drug schedules with potentially severe psychological or physical dependence.”

However, under the Obama administration the federal government released several public policy statements related to marijuana in reaction to several states’ legalizing medical and/or recreational marijuana use.

Cole memo: In August 2013 the then-Deputy Attorney General of the Department of Justice released a memorandum that provided guidance on the department's policy related to marijuana in light of it becoming legal in several states. The memorandum announced, in part, that states with “strong and effective regulatory and enforcement systems” can continue to enforce state law and remain the “primary means of addressing marijuana-related activity”.

Subsequently, on January 4, 2018 the Associated Press reported that Attorney General Jeff Sessions announced the rescission of the Cole Memo. According to the Associated Press, the new DOJ stance "will now leave it up to federal prosecutors to decide what to do when state rules collide with federal drug law." The article quoted Sessions as saying in a memo to federal prosecutors: "'In deciding which marijuana activities to prosecute under these laws with the Department's finite resources, prosecutors should follow the well-established principles that govern all federal prosecutions,' by considering the seriousness of the crime and its impact on the community," Sessions wrote.

The article noted that the rescission is likely "created confusion in states where the drug is legal ." It reportedly remains unclear what the impact of the rescission might be; the article also reported that "It is not clear how the change might affect states where marijuana is legal for medical purposes. A congressional amendment blocks the Justice Department from interfering with medical marijuana programs in states where it is allowed. Justice officials said they would follow the law, but would not preclude the possibility of medical-marijuana related prosecutions."

Financial institutions have been reportedly wary of offering services to marijuana and marijuana-related businesses that technically violate federal law.

Despite these guidances—which, it should be emphasized, don’t have binding legal authority—financial institutions have been reportedly wary of offering services to marijuana and marijuana-related businesses that technically violate federal law, perhaps because of high compliance costs and continuing concerns about potential prosecution.

This wariness has made it difficult for marijuana-related businesses to access financial services. The result has been an industry that is heavily reliant on cash transactions-leading to logistical complications for marijuana businesses and a high theft exposure due to the stockpiling of currency.

And these guidances have not necessarily prevented federal litigation against marijuana-related businesses. In particular, there have been a number of recent cases against marijuana operations and ancillary businesses, generally alleging that such operations should be considered criminal enterprises pursuant to the Racketeer Influenced and Corrupt Organizations Act (RICO) for dealing with a controlled substance as defined by the CSA.

Although the Obama guidances did not have binding legal authority, they may have impacted how certain courts may rule on certain marijuana cases. For example, in February 2016 the US District Court for the District of Colorado found in Green Earth Wellness Center v. Atain Specialty Insurance Company that legal marijuana is insurable under a commercial property policy. In the case, the court found that a commercial property “contraband” exclusion was ”rendered ambiguous by the difference between the federal government’s de jure and de facto public policies regarding state-regulated medical marijuana.” As such, the court found harvested marijuana buds and flowers to be insurable under the policy at issue.

It's also unclear how the current Trump administration will view state laws addressing marijuana, particularly in light of the rescission of the Obama administration guidances.

On the campaign trail, then-candidate Donald Trump reportedly expressed support for legal medical, but not recreational, marijuana use under state laws. The Attorney General has also reportedly  stated his support for enforcing the CSA. And his rescission of the Obama guidances may increase concerns related to a "chilling effect" on the growing industry in light of a potential federal clampdown on marijuana.