Designing UBI for the 'Average Joe'

Many usage-based insurance (UBI) programs for auto typically claim that policyholders can reduce their premiums by sharing their driving data with insurers and practicing safe driving behavior. However, there’s no one-size-fits-all approach to UBI, because the data provided by policyholders and the corresponding value determined by insurers often vary significantly by insurer and program. 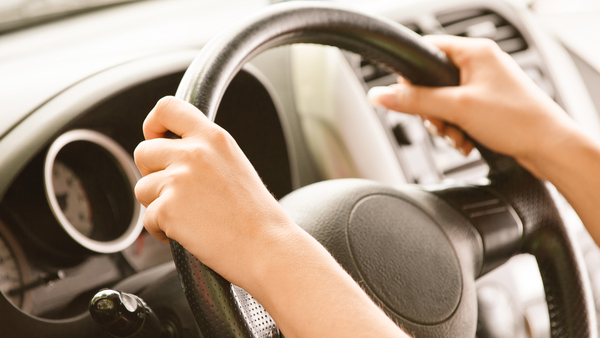 To illustrate this point, consider several hypothetical policyholders as well as the UBI data types and benefits most relevant to them. To obtain a greater benefit from UBI programs, guidelines need to be established to accommodate the often dissimilar needs of a diverse group of potential policyholders.

Our first policyholder is the ‘Quantified Self’ (or ‘Selfie’). Selfie keeps up with the latest technologies, competes in online gaming, and posts online commentary. Frugality isn’t his most salient personality trait, so Selfie may not find UBI discounts especially compelling. He’s interested in receiving insights on his favorite topic (himself) and improving his driving habits from a gaming perspective. He appreciates value-added services, especially when UBI provides those benefits through technologies he owns, such as his smartphone, a wearable, or his connected car.

Unlike Selfie, ‘Penny Pincher’ (‘Penny’) uses a museum-quality flip phone, drives an unconnected vehicle, and values savings. She has no qualms about installing a UBI ‘dongle’ device in her vehicle or modifying her daily driving habits but will be dissatisfied with anything less than the maximum possible premium reduction available through a UBI program. To her, it’s vital that a UBI program collects data that’s detailed enough to provide cogent and timely input. Her chief priority is improving her driving behavior to earn a price break.

Our next policyholder is the ‘Urban Legend’ (‘Urbie’). Urbie dwells amidst high-traffic congestion, challenging street intersections, and pedestrians who sometimes impulsively jump in front of moving cars. But Urbie works from home (his city apartment) and only drives once a year’—‘to sojourn to the upstate craft beer festival. Unfortunately for Urbie, most auto insurers typically would factor only his geographic risk and an estimated minimum level of vehicle use (3,000 annual miles) when rating his policy, which he claims “cost him a pretty penny” (as well as Penny, his old girlfriend). Urbie wants only two things from UBI: recognition of his marginal mileage and street-sweeping alerts so he doesn’t get ticketed.

Meanwhile, the protective parents, ‘Ward and June,’ moved from Urbie’s neighborhood to suburbia years ago. Son Theodore just received his driver’s license. Now, Ward and June fear he’ll skip family game nights and homework for late-night parties and drag races down Main Street—possibly while texting. As Ward and June see it, UBI’s ability to pinpoint the location and speed of Theodore’s vehicle at any time is a considerable benefit—as are the possibilities of reducing Theodore’s hefty auto premiums, locking his cell phone while he’s driving, and resurrecting family game night as an opportunity to review each family member’s driving behavior.

Our final policyholder is the ‘average Joe’ (‘Joe’). Joe works 55 hours per week to make ends meet, spending the rest of his time with wife Jane and the family or serving as a volunteer in his community. He doesn’t have the time or inclination to determine which UBI program is best for him, to fit a dongle device in his vehicle’s OBD-II port to accommodate a UBI program, or to spend hours poring over a report about his driving behavior. He says he’ll give UBI a whirl “if it could save me some money, but spare me the sales hype and make it as easy as possible or I’m out.”

Men like Joe (and women like Jane) may be the most underserved segment in the UBI universe. Guidelines to consider So how can the industry make UBI more accessible to people like Joe and Jane while continuing to accommodate the diverse preferences of others? Here are some guidelines to consider:

Is it possible to design a single UBI program that simultaneously addresses the needs of Selfie, Penny, Urbie, Ward and June, Theodore, and Joe and Jane? Perhaps it is. Some UBI products on the market today (or now in development) address many of the distinct needs of our hypothetical policyholders. By valuing individual policyholder preferences and establishing proper guidelines in data collection and analysis, insurers can offer a wide range of UBI options that appeal to everyone—even to the average Joe or Jane.

This article was produced by Verisk Telematics and first appeared as part seven of a ten-part series of articles on PropertyCasualty360.com, which has permitted its reuse.

Read the next article in the Telematics series: UBI adoption accelerates in China and Brazil.