Automating regulatory updates can mitigate a key risk for many insurers 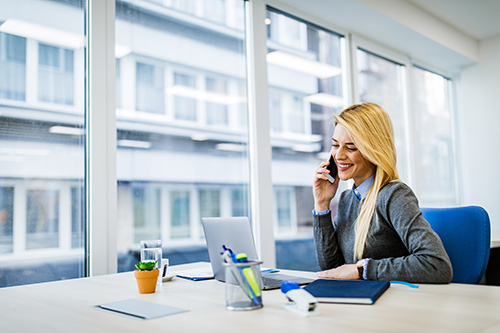 Insurers that don’t keep current with regulatory changes can run the risk of falling out of compliance and potentially be subjected to costly fines. A recent Celent study found insurers using Verisk’s ISO Electronic Rating ContentTM (ERCTM) on average are 33 percent more likely to be current with ISO insurance policy programs than insurers that update ISO programs manually.

“We’ve let ourselves get so far behind on some lines, that we can’t figure out how to get current now,” said one non-ERC insurer interviewed by Celent. “We’re not sure how we’ll explain it to the regulators.”

Regulations tend to change frequently, and ISO communicates many of these as well as other changes through circulars that provide further details about the change, and implementation notes. While this is a valuable service, it can create a lot of work for many insurers, as ISO releases, on average, more than 75 circulars a week, many of which include these critical regulatory changes.

ISO ERC allows insurers to ingest ISO rating content—loss costs, rules, and forms attachment logic—electronically through XML, simplifying maintenance and updates while giving those insurers flexibility to use their own tools and systems.

Celent surveyed a cross section of insurers and found that handling and tracking ISO circulars takes non-ERC insurers on average more than twice as long as it takes ERC insurers.

The steps for handling an ISO circular tend to fall into three major work clusters, as illustrated below: 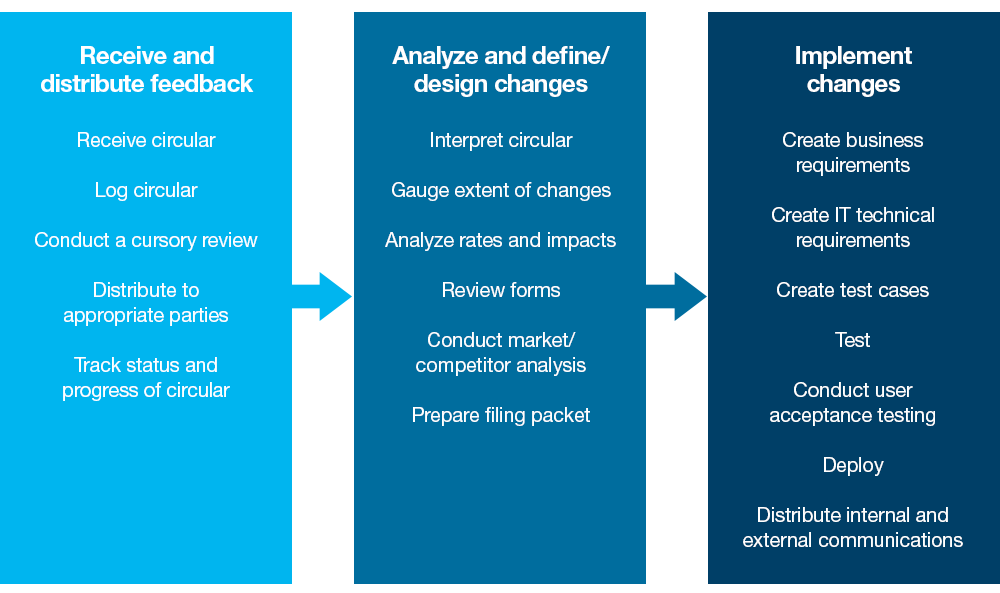 Celent found that on average ERC insurers use 63 percent less work time to process a typical ISO circular and can complete such changes on average with 70 percent less elapsed time.

Why do non-ERC insurers take longer? Celent didn’t get a specific answer but said it’s likely that backlogs lead to sequential changes being processed simultaneously.

“Changes are already in process when another change comes in,” Celent says. “With large backlogs, it’s difficult to get to new items as quickly as needed.”

Celent found some insurers have standing cross-functional meetings where they discuss changes that have come in since the prior meeting in order to decide whether to fast track a change to the next stage of analysis. This can add to the elapsed time if they wait for the next meeting.

Such delays can also increase the likelihood of an insurer running afoul of regulators.

Multiple regulatory influences at the state, federal, and international levels continue to present significant challenges for the industry. The regulatory environment is constantly changing, and technology has accelerated the disruption.  As regulators grapple with concerns around data protection and risks associated with the Internet of Things, their focus on cybersecurity has increased.

At the same time, many InsurTechs are harnessing the latest technologies, including artificial intelligence, algorithms, and blockchain/distributed ledger technology. These technologies often offer benefits for many consumers and insurers alike—but they also pose challenges that can trigger regulatory scrutiny. With these and other emerging issues, can insurers afford the risk of falling between the cracks of regulatory change?

For information about how ERC can help you stay current, please visit our web page.

Mark Sheehan is vice president and head of the ISO Rating Solutions division. You can contact him at Mark.Sheehan@verisk.com.