LEHI, Utah — Thursday, November 1, 2018 —
The November 2018 price list updates for more than 460 regions in the United States and Canada are now available for download.

Pricing research for the November 2018 publication shows that average costs for labor and materials used in claims and remodeling changed slightly in most key pricing components. The Common Lumber Material report was the only category to report a decrease over the month. 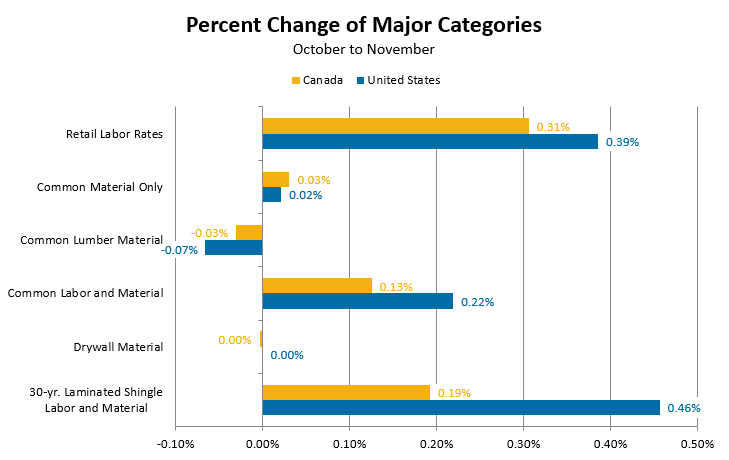 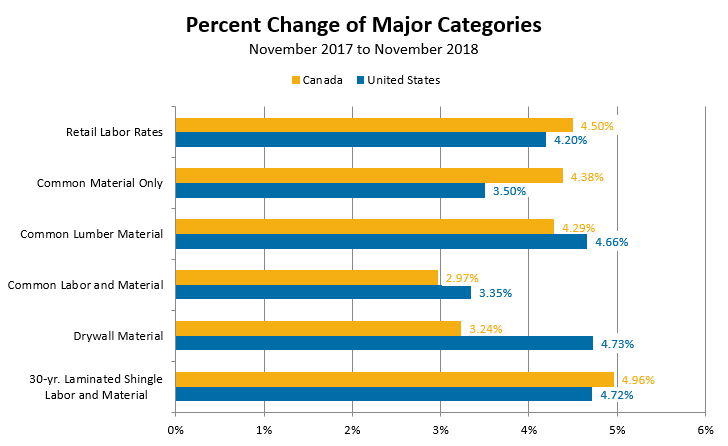 These percent changes are based on the averages that have been reported since the October 2018 price list publication and from November 2017 to November 2018. The information reported here is based on a national average, and it is important to note that actual changes will vary within each individual pricing market. It is also important to remember that Xactware's published pricing information is based on recently completed surveys and estimate transactions.

For more information about these trends over a longer period of time, read the Quarterly Pricing Trends or the Annual Property Report.

On October 10, Hurricane Michael made landfall in the U.S. as a Category 4 hurricane near Mexico Beach, Florida. The storm continued to move up the coast to Georgia and the Mid-Atlantic states before moving out into the ocean towards the Iberian Peninsula. Classified as the third-most intense Atlantic hurricane in terms of pressure to make landfall in the United States, Michael attained peak winds of 155 mph. Insured losses in Florida alone are estimated at $1.25 billion; the damages in the U.S. to the infrastructure, crops, and economy will far exceed that. In the areas with the most damage, the number of claims filed through Xactware products increased 4,951 percent from the end of September to the end of October.

During every natural disaster, Xactware closely monitors the impact on local prices. After Hurricane Michael, material costs did not change significantly. However, the increase in the number of claims caused the labor costs of several trades to increase. The average retail labor rate in the affected areas of Florida increased 8.4 percent from October to November, while it increased 4.4 percent in impacted areas of Georgia and 6.8 percent in the affected areas of Alabama.

In the price list areas with the most damage—Panama City, Florida; Dothan, Alabama; Valdosta, Georgia; Tallahassee, Florida; and Macon, Georgia—the cost of a brick or stone mason increased over 11 percent. Other trades also experienced increases. 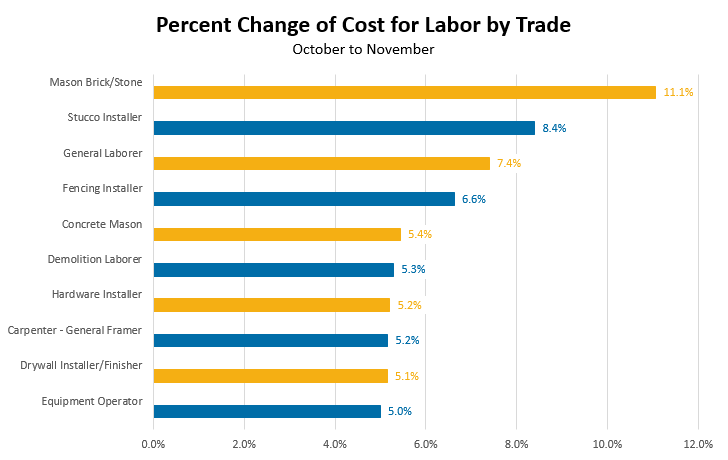 The values listed in the Percent Change of Cost for Labor by Trade chart are based on the average of the labor costs of the five most affected areas: Panama City, Florida; Dothan, Alabama; Valdosta, Georgia; Tallahassee, Florida; and Macon, Georgia. They are not indicative of the rate of change in a single area.

Xactware will continue to monitor and report pricing changes as warranted.

Xactware makes every effort to ensure pricing information contained in this update represents market costs at the time of publication. Since actual market prices can vary and change rapidly, and since many factors can affect the cost of a project (including—but not limited to—labor, equipment, and material costs as well as the rates and application of sales tax), we strongly recommend customers monitor their local markets for any such changes and adjust their estimate pricing as deemed appropriate.

Gasoline prices in the U.S. and Canada 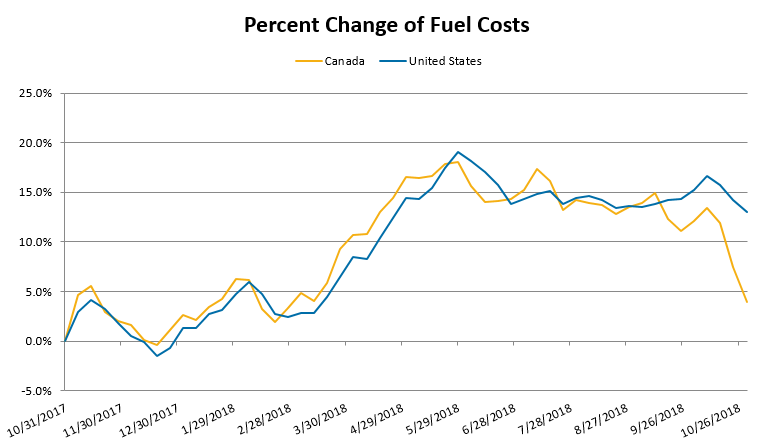 Because gasoline prices can change rapidly, Xactware recommends users monitor their local costs to determine whether repair or construction costs are affected. For further details, see the U.S. Department of Energy website.

* Canada prices are per liter

Since the last price list update, the XactContents pricing team continued to improve the master item list in both the United States and Canada.

Pricing feedback is one of the ways Xactware ensures that the reported cost information reflects actual market prices. Users writing estimates outside program work can return feedback by regularly running the feedback utility within Xactimate, XactRemodel, or XactPRM. Visit our web page for more information about submitting pricing feedback.

For more information about managing price lists, click Help in any Xactware product.