50 Years of Moving the World Forward

Our Journey of Growth and Innovation

Over five decades, we’ve evolved from a nonprofit advisory rating organization for U.S. insurers to a global leader in data, analytics, and ethical corporate practices.

Along the way, we’ve entered new markets and countries, positioned ourselves for future growth, and led the way in groundbreaking uses of technology to keep our customers—and the world—moving forward.

The Insurance Services Office (ISO) was formed in 1971 to provide a “one-stop shop” for statistical information to member insurers. By the end of its 25th year, ISO was recognized as a leader in using data to help the U.S. insurance industry make smarter decisions and discover new ways to think about risk. 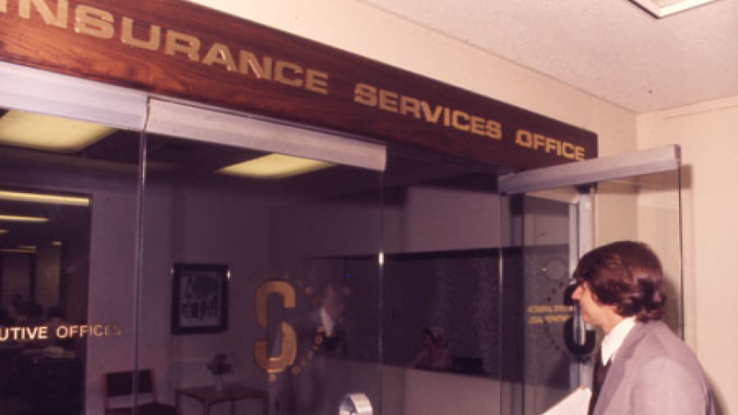 The not-for-profit Insurance Services Office (ISO) was founded on April 1 under the leadership of Daniel J. McNamara, who remained president of the company until his retirement in 1987. ISO consolidated the operations of many existing rating bureaus into a single information provider, offering insurers greater economies of scale. ISO became known for its ability to manage, structure, apply, and improve upon massive amounts of data.

One major goal for the new company: creating a single countrywide fire rating schedule for assessing specific commercial risks and determining rates. The Commercial Fire Rating Schedule, introduced in 1975, is still used nationwide. Another initiative from that year, to gauge the effectiveness of individual fire departments, would become the Public Protection Classification® Program, now applied to more than 40,000 communities across the United States to evaluate public fire-protection services. 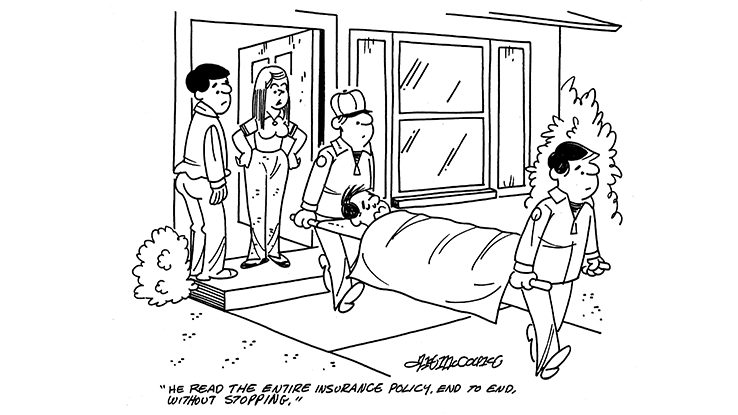 From the New York Times:

Last year the Insurance Services Office, a trade association, produced a homeowners’ policy of fewer than 7,000 words compared with more than 12,000 in the earlier policy. Theretofore, as the old policy might have put in, the introductory portion had 316 words, with 256 in the first sentence. That mountain is now flattened to: “We will provide the insurance described in this policy in return for the premium and compliance with all applicable provisions of this policy.”

ISOTEL Vice President Joe Jensen said at the time, “To an insurer, ISOTEL means never having to tell a potential customer, ‘I’ll get back to you with the information you requested in a couple of days.’”

The first non-insurer joined ISO’s board of directors, Christopher Demuth, president of the American Enterprise Institute for Public Policy Research. By 1995, non-insurers held seven of 11 board seats, making the company organizationally and operationally independent of its member insurers. The move also reinforced the objectivity and propriety of ISO’s data and analyses and set the stage for future expansion. 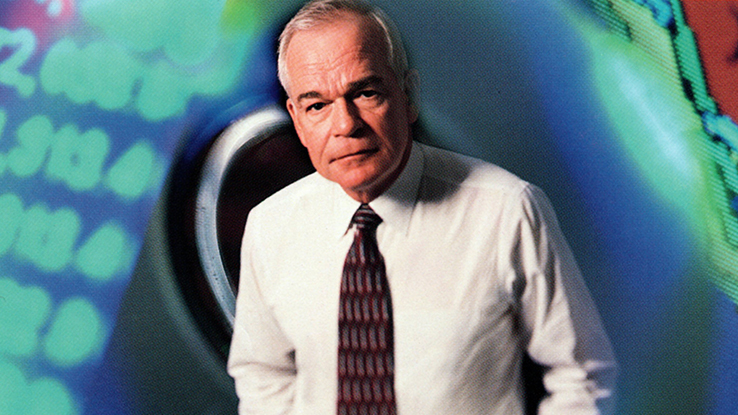 ISO’s board of directors approved the company’s conversion from a nonprofit membership corporation to a for-profit, stock corporation led by CEO Fred Marcon, shown here. The change was motivated by the continuing, rapid advancement of technology; the financial flexibility of a for-profit corporation would enable ISO to invest in technological improvements to keep the company in its established position as an insurance information leader.

The term “early adopter” entered the mainstream in the late 1990s, referring to forward-thinking individuals or groups who quickly recognized the value of new technology and began using it soon after its introduction. 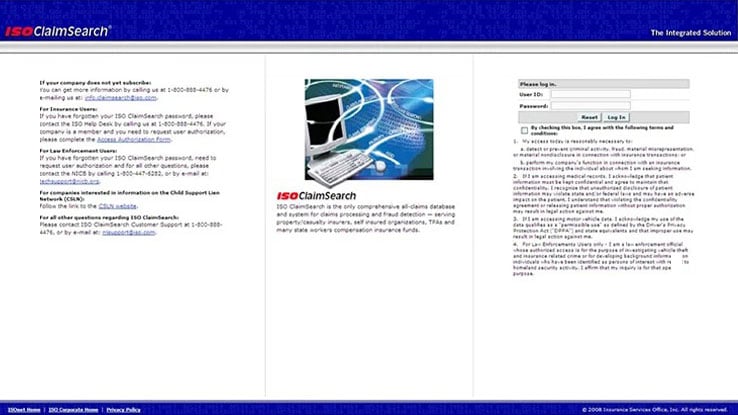 In 1998, the data pool was further increased by the addition of the National Insurance Crime Bureau (NICB)’s claims-related data. The resulting database was named ClaimSearch, which launched later that year and grew from 140 million to half a billion claims in its first ten years. Today, ISO ClaimSearch® has 1.5 billion claims. 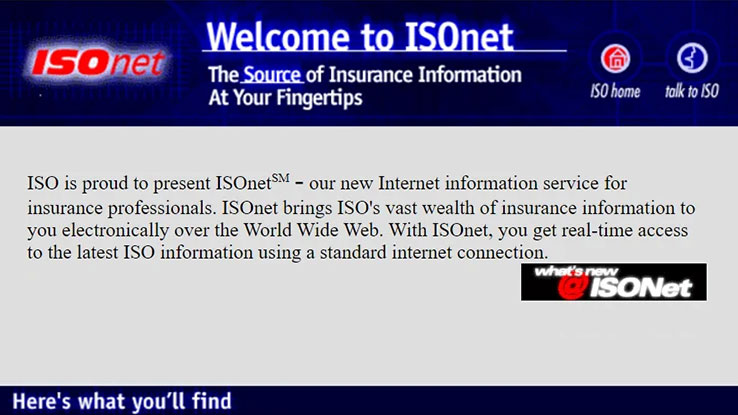 Recognizing that the value of data is significantly affected by its accessibility, ISO made ClaimSearch available on the web—a first for an insurance industry claims tool. The new service allowed insurance professionals to search the all-claims database using sophisticated query combinations from any networked computer, delivering insights to help with pricing and fraud detection in a matter of seconds. 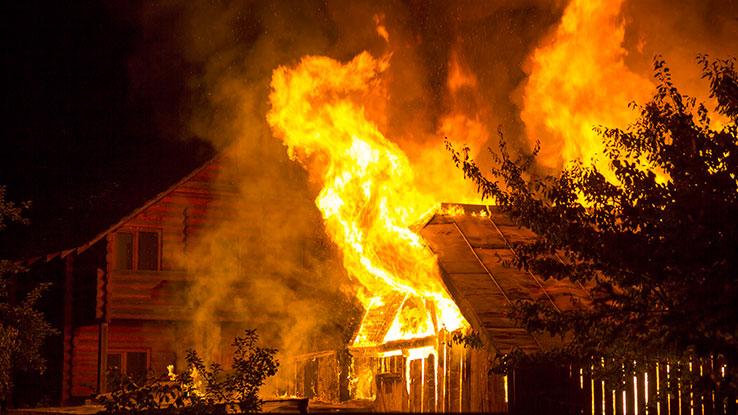 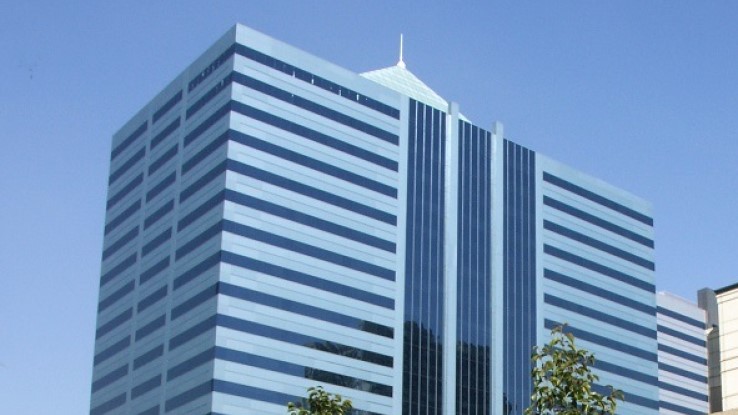 ISO moved its headquarters to the Newport World Business Center in Jersey City, New Jersey. For the first time in its 30-year history, ISO united more than 1,400 employees from three locations (Manhattan; Pearl River, New York; and Rahway, New Jersey) in the new ISO building, located at 545 Washington Boulevard. Verisk headquarters are there to this day.

As we moved into 2002, our 2001 creation of Intego Solutions, Inc. was about to pay significant dividends. Intego—led by Scott Stephenson, who joined the company as Intego’s chief executive officer—was developed to acquire companies whose services and capabilities aligned with ISO. 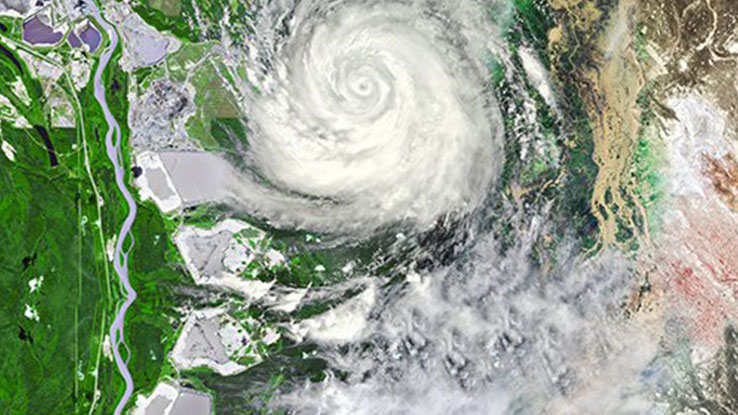 ISO acquired Applied Insurance Research (AIR), a pioneer in risk-assessment and risk-management technology. Founded in 1987, AIR released the first-ever commercial catastrophe hurricane model in 1989 and the first typhoon and earthquake models for Japan in 1998.

ISO acquired Xactware, the leading provider of estimation software and services for the property insurance and restoration industries. The company was founded in 1986 with Xactimate, its flagship estimating system, which helped contractors and insurance adjusters estimate repairs much faster and more accurately than they ever could before.

Xactware now features software solutions for every phase of a building’s life, from remodeling to totally replacing a building, from determining the cost of rebuilding a structure to preserving and repairing a home. 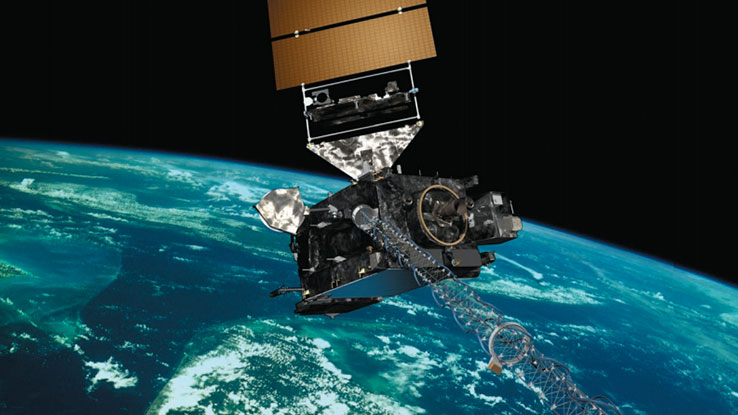 AER had already spent three decades creating and refining advanced computer models, analysis tools, and databases to understand and predict changes in the atmosphere, oceans, and climate. ISO would combine AER’s scientific expertise with AIR’s industry-leading risk models to give an even fuller picture of the risks posed by climate change. 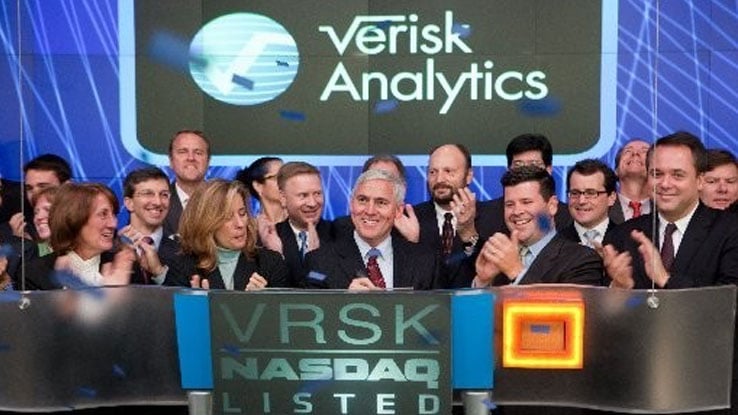 Under the leadership of Verisk Analytics Chairman, President, and CEO Frank Coyne (in photo center), we debuted on the Nasdaq Global Select Market as Verisk (VRSK) on October 7 in the largest domestic IPO of the year. The $1.9 billion raised made it the largest IPO by a U.S. company since Visa’s IPO in early 2008, more than 18 months earlier.

About 30% of ISO’s owners sold their shares during the IPO, but one major institutional shareholder stayed: Berkshire Hathaway CEO Warren Buffet retained all his shares, demonstrating support and strengthening the credibility of the offering.

The strength of Verisk’s 2009 IPO affirmed our success in innovation, excellent service, and our core belief in adding value to every customer interaction.

The next five years would see Verisk develop into a leading global citizen as we focused on innovative predictive analytics and transforming our data into actionable insights for our customers. 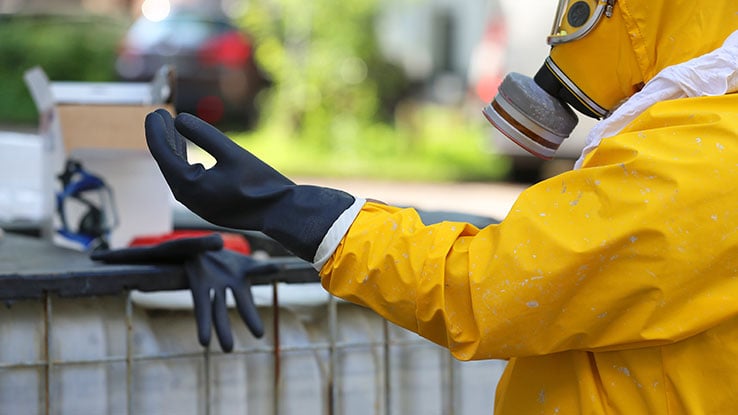 We continued to invest in the safety and sustainability of global business by acquiring 3E Company (now Verisk 3E), a premier provider of services to help companies comply with government-mandated environmental health and safety requirements.

To further Verisk’s position as a provider of data, analytics, and decision-support solutions to financial institutions, we acquired Argus Information & Advisory Services. Founded in 1997, Argus pioneered the concept of banks sharing data with permission to understand marketplace performance and introduced customer wallet views across banks, enabling the first customer-centric, anonymized view of industry data for retail banking and payments.

Following the acquisition, Argus linked anonymized customer views to media signals at a customer and household level, and then in 2015, introduced the industry’s first fraud/abuse score, allowing banks to reduce loan losses by an average of 15% - 20%.

Before there was AI for business, there was predictive analytics, the practice of analyzing historical and current data to find patterns that can inform predictions of future or unknown events. And Verisk has been a leader in using predictive analytics to help our customers run their businesses. Here are just a few of our offerings that year: 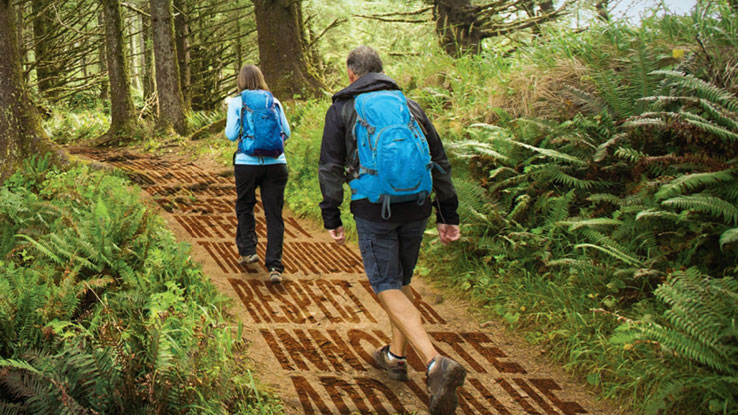 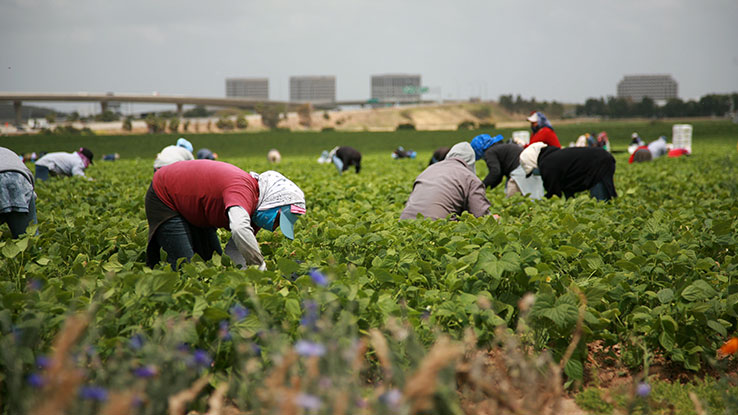 Our acquisition of Maplecroft, founded in 2001 and now known as Verisk Maplecroft, expanded our risk management capabilities to include geopolitical, societal, human rights, and environmental risks that affect business in all countries of the world.

In 2020, Verisk Maplecroft would release the world’s first Subnational Human Rights Risk Indices, providing multinational organizations and financial institutions with the most accurate picture of human rights risks in the world today.

In 2014, only 16% of enterprise organizations had begun implementing big data projects and programs. By the end of 2020, leaders like Verisk were advancing innovative solutions that applied emerging technologies such as artificial intelligence (AI) and machine learning to massive data sets.

Our next-generation solutions fight fraud, automate claims and underwriting, and transform the industries in which we operate. 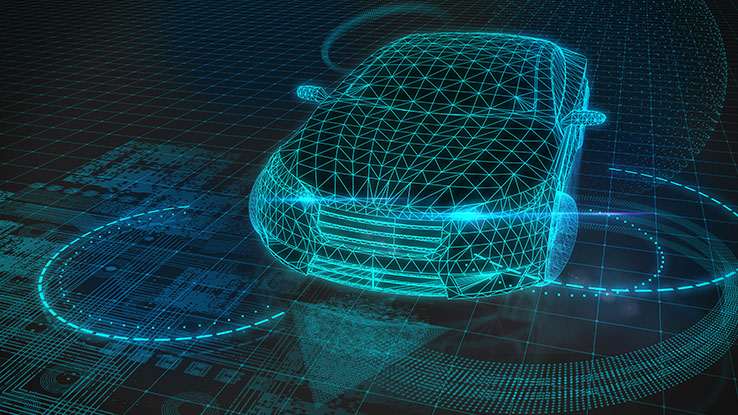 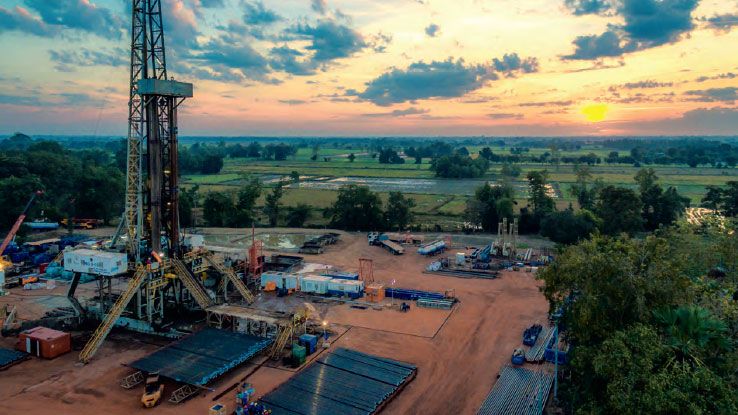 We acquired Wood Mackenzie, a global leader in data analytics and commercial intelligence for the energy industry. Wood Mackenzie further expanded to become a global authority for natural resources intelligence by acquiring chemicals leader PCI Group in 2015 and power and renewables leader Greentech Media in 2016, and the pioneering real-time data provider Genscape in 2019. 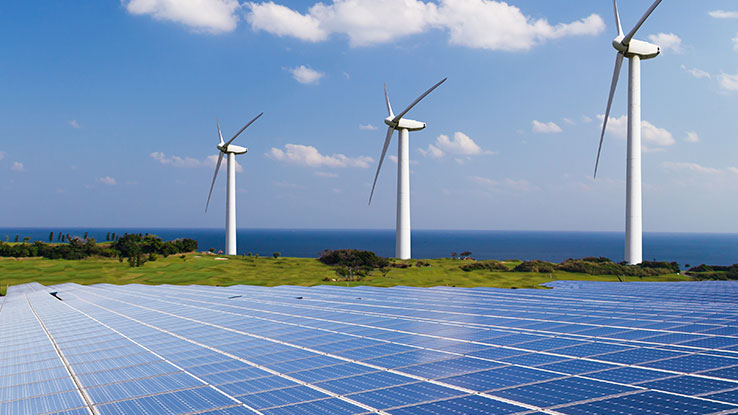 We continued to grow the Verisk family, gaining significant new capabilities and data sets, through a series of acquisitions, most notably: 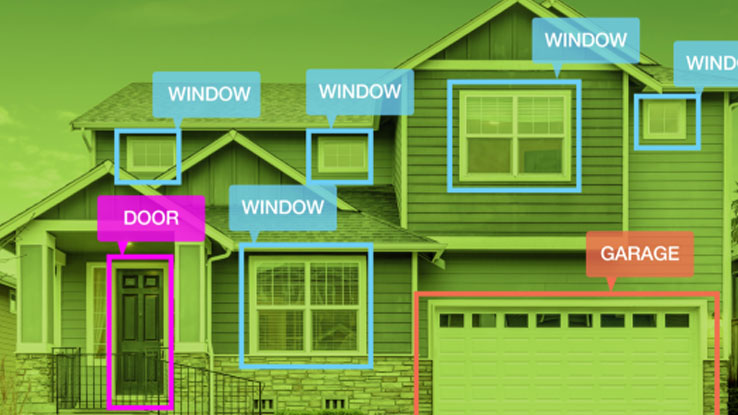 We delivered the right touch of AI and human interaction to the insurance industry with the introduction of Vai, Verisk Artificial Intelligence and Automation. Vai technology enables breakthrough improvements in accuracy and customer service such as: 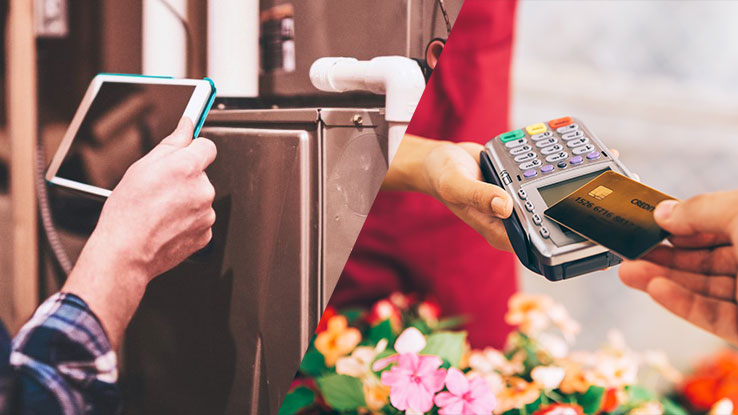 As a responsible corporate citizen, we: 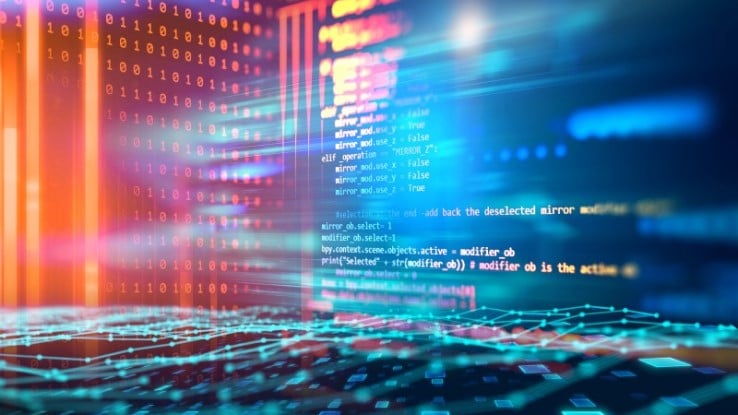 Cyber risk is a top concern of Verisk customers, given cybercrime’s $2 trillion global cost to society. We introduced the Cyber Data Exchange in 2019 to help insurers provide the cyber coverages demanded by the market.

In 2020, the COVID-19 pandemic introduced a new set of cyber risks from digital acceleration to security issues inherent in working from home. This upheaval both informed the 2020 release of our state-of-the-art cyber risk modeling platform and highlighted its need. This platform and the Cyber Data Exchange are part of our award-winning Cyber Solutions suite. 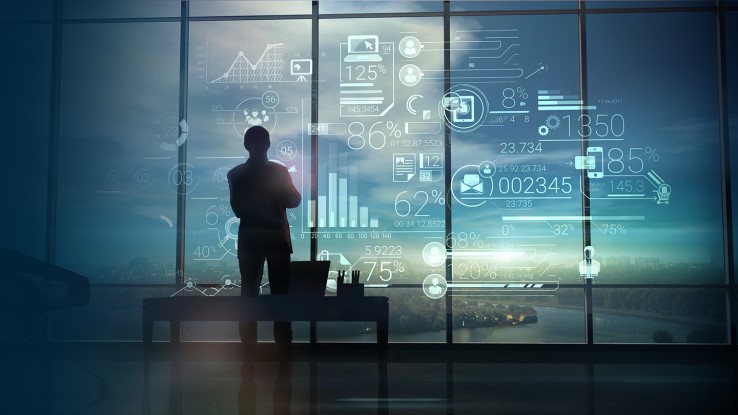 As we enter the next 50 years, our purpose has never been clearer as we connect what we do to make the world better, safer, and stronger. Our continuing commitment is supported by: