An active season, across the board

New Mexico has emerged as the forefront of wildfire activity this year. Two of the largest wildfires in the continental U.S., the Calf Canyon/Hermits Peak and the Black Fires, have each burned over 325,000 acres. Major fires have also broken out in Alaska, while clusters of fires have been occurring in Arizona, near its Southern border.2 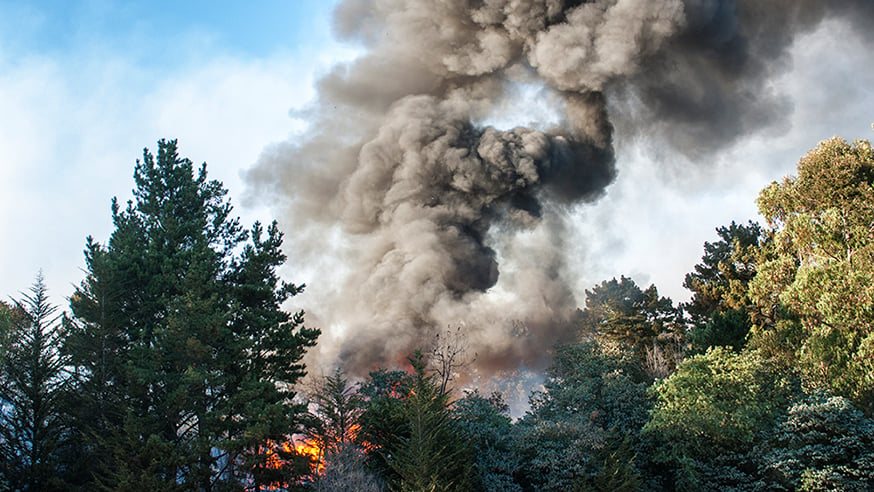 The 2022 wildfire season has continued to outpace the 2021 season in both number of fires and acres burned.

Additional interruptions to business and civic life occurred from the Electra Fire, which broke out on July 4th in Amador County, 40 miles outside of Sacramento. The fire prompted thousands of evacuations in Northern California, disrupting 4th of July travels and festivities.3

The United States isn’t the only country challenged by wildfire. In Spain, the country’s largest-ever wildfire has burned thousands of acres and forced hundreds of residents to evacuate amid a severe heat wave, a weather condition that has affected the European continent through France, Portugal, and even up to the United Kingdom.4

Across the board, these large and damaging wildfires are largely associated with weather patterns like sustained drought, higher temperature, and early spring snowmelt. As these phenomena are expected to worsen over time due to climate change, insurers are increasingly in need of datasets that evaluate the holistic wildfire risk landscape.5

Verisk is continually working with the mitigation, fire protection, and scientific communities, as well as the insurance industry, to provide cutting-edge science and technology to manage and mitigate risk. The most recent updates to FireLine, Verisk’s wildfire hazard scoring tool, reflect this commitment to high-quality innovations across core wildfire risk measurement, additional damage risk and mitigation analytics.

Verisk continues to work collaboratively with scientific researchers, mitigation and fire protection experts, and the insurance community to ensure that many aspects of wildfire risk, including mitigation activities, are being calculated into a property’s risk profile.

Learn more about the wildfire risk landscape in 2022.