Microplastics are plastic debris less than five millimeters in length or roughly the size of a sesame seed.1 New research using the largest datasets available on freshwater microplastics found that the particles were mostly comprised of polyethylene and polypropylene.2 Other research into the microplastics within bottled water found that more than 90% of samples contained microplastics, again, most of which were polypropylene.3 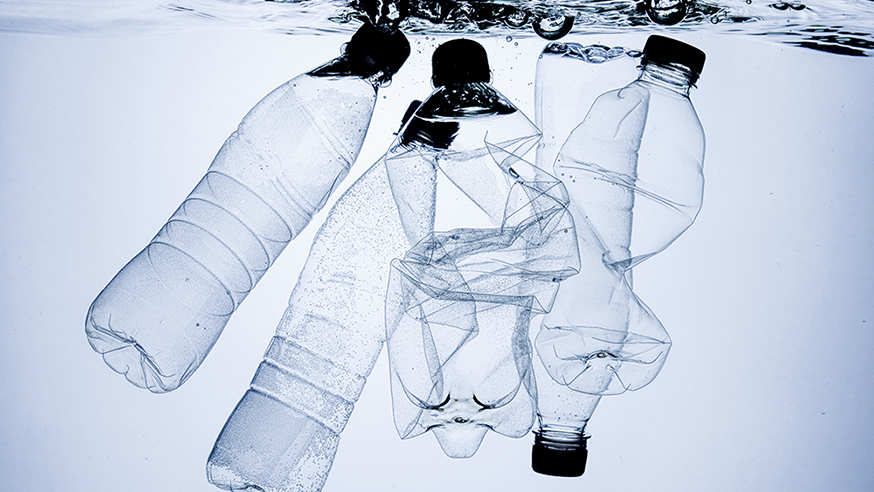 Groundwater near landfills has been found to be contaminated with PFAS above safe levels and also contain microplastics.

Both polyethylene and polypropylene may facilitate the spread of PFAS.4

Microplastics and PFAS: A combined risk

To date, there has been little research into the relationship between PFAS and microplastics. That said, Verisk’s Emerging Issues team has surveyed some research studies that have concluded that:

Notably, groundwater near landfills has been found to be contaminated with PFAS above safe levels and also contains microplastics.8

Of further concern, various contaminants have been found to adhere to the surface of microplastics (a process called adsorption), including PFAS, dichlorodiphenyltrichloroethane (DDT), various pharmaceuticals, and polychlorinated biphenyls (PCBs). These adsorbed contaminants may eventually be released back into the environment.9

Experts have called for further studies to examine the co-occurrence of PFAS and microplastics, in addition to the current studies that focus on each as a separate concern, especially because there is a potential for microplastics to increase the toxicity of PFAS contamination.10

To learn more about PFAS and their potential impact on property/casualty insurance, please visit our PFAS resource page.

Christopher Sirota, CPCU, is product manager, Emerging Issues, Underwriting Solutions at Verisk. He can be reached at Christopher.Sirota@Verisk.com.