Green-tech: As the residential building and remodeling boom rolls on, installation of solar panels is surging.

The current solar panel installation craze is especially strong for existing homes and in states with the most favorable climates for this energy source. 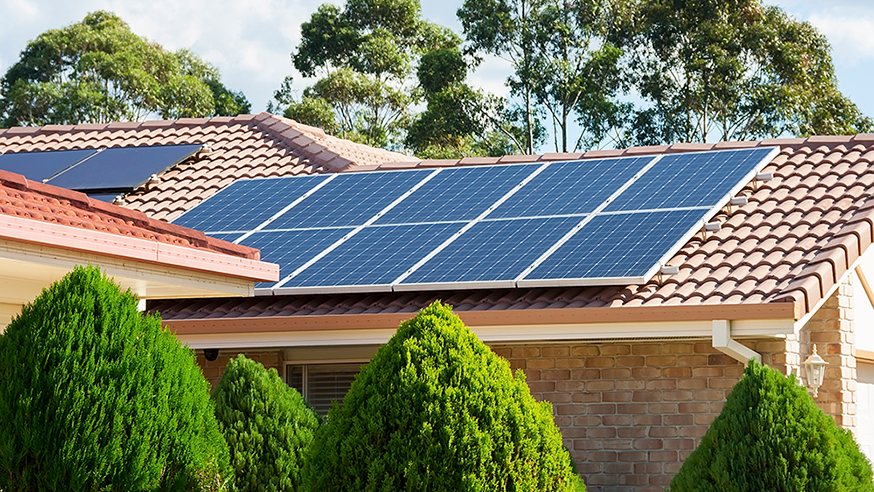 Claim trends as shown by Verisk data are beginning to reflect the growth of solar power.

Arizona, California, Colorado, Florida and Texas saw the most solar panels installed in 2021, based on building permit data, with abundant sunshine in many locales across these states. An additional boost in California comes from the state’s recently enacted requirement that all new homes have solar panels. 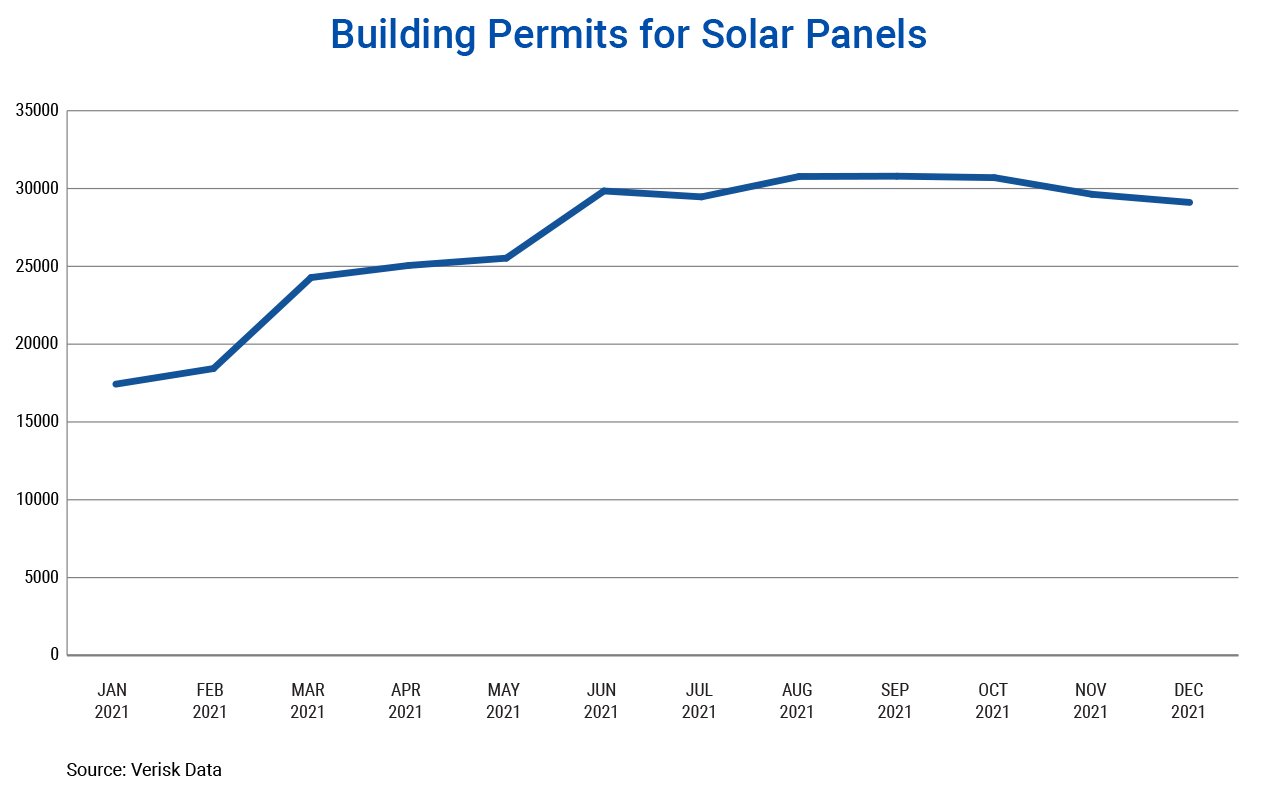 Longer-term trends also show the shift toward solar with panel installations more than doubling from 2017 to 2021. Consider the Midwest, where solar construction permits nearly doubled in those five years; up a whopping 466%. What’s more, solar was the most common type of permit issued in the West in 2021.

With this uptick in the demand for green power comes risk considerations for insurers. Solar panels can be prone to storm damage, and broken panels are often subject to special disposal requirements in light of potentially toxic compounds they may contain. Exterior or interior water damage can occur around improperly installed panels, while their weight can put stress on roof structures. Improper installation also can pose a fire hazard.

Solar panels can pose special challenges regardless of a fire’s origin. They can add ignition sources and, depending on how they’re arranged, could help an exterior fire spread — especially on a combustible roof with a small gap between the panels and roof covering.

Firefighters may face shock hazards and the potential for more rapid roof collapse under the extra weight of retrofitted panels and associated equipment. Solar panels may also obstruct water from reaching a fire and make it harder to ventilate a roof.

The last item represents a trend of solar systems providing power not only when the sun shines, but at other times using stored energy, often in suitcase-sized lithium-ion battery packs. These are frequently located in garages or basements. In a fire, they can burn at extremely high temperatures that complicate firefighting efforts. Among the risks that can cause or exacerbate battery fires are thermal runaway, which can occur when the temperature around a pack exceeds its ability to dissipate heat.

Claim trends as shown by Verisk data are beginning to reflect the growth of solar power and how the exposure interacts with specific perils. The top five states listed above accounted for more than half of the $6.4 million in solar claims recorded during 2020 and 2021. The average claim for damage to solar equipment during that period was about $3,700, with roughly two-thirds resulting from hail and one-third resulting from fire.

Notably, the average claim was nearly $8,000 in California, which has been plagued by wildfires in recent years.

The first step in accounting for the added risk, which some homeowners may miss, is notifying the insurer when solar panels are installed. This can prevent unwelcome surprises at point of claim — for the insurer if the basic policy covers solar panels, or for the policyholder if the insurer requires an endorsement to cover the additional equipment. Building permit data, brought into the workflow at quote, can help close this information gap.

This article originally appeared in PC360 and is republished with permission.

James Roche is vice president of property product management at ISO. He can be reached at James.Roche@verisk.com.

Kevin Kuntz is Vice President of Risk Engineering, Safety and Training, and Chief Engineer for ISO Commercial Lines. He can be reached at KKuntz@verisk.com.