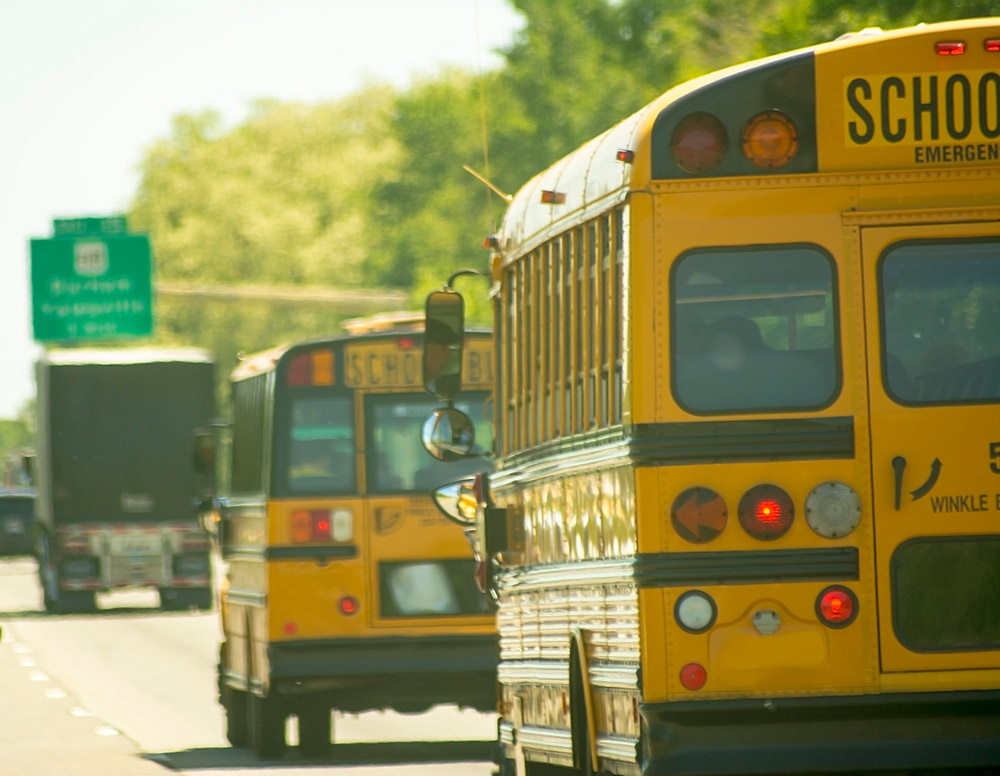 Every day, more than 26 million children ride school buses to school and other activities. While school buses generally have a strong safety record, crashes involving injuries and fatalities do occur—and that’s drawn the attention of government oversight entities and the school bus transportation industry.

Two data sets were analyzed: one from the National Highway Traffic Safety Administration (NHTSA) and the other from the University of Michigan Transportation Research Institute’s (UMTRI) research on fatal school bus crashes for those years, with 2014 the latest year for which data was available.

Based on the GAO’s analysis of data for 2000 to 2014, school buses are involved in 115 fatal crashes on average each year. This amounts to 0.3 percent of the 34,835 total fatal motor vehicle crashes that occur on average each year. The driver was cited as a contributing factor in 27 percent of fatal school bus crashes, and the school bus itself (for example, a vehicle defect) was cited in less than 1 percent of the crashes. Seventy-two percent of fatal crashes occurred during home-to-school and school-to-home travel times.

Federal regulations for school bus vehicle standards and driver licensing apply to school districts and contractors alike. The DOT has reported that new school buses must meet more federal motor vehicle safety standards than any other type of new motor vehicle. Federal safety regulations for commercial motor vehicle operations apply in certain cases, such as for contractors hired by schools to provide transportation for extracurricular activities across state lines.

The GAO found that all 50 states require school bus inspections, but only 44 require refresher training for school bus drivers.

For federal guidance, two stakeholders mentioned that they look to NHTSA’s Highway Safety Program Guideline No. 17, Pupil Transportation Safety, which recommends strategies for a school bus safety program at the state level. For example, this guideline recommends developing a training plan for drivers and establishing a systematic preventive maintenance program for school buses that includes periodic vehicle inspections.

There was no consensus when stakeholders were asked what additional federal research and guidance would benefit the school bus industry. Some said data or guidance on combating illegal passing of school buses would be useful. The National Association of State Directors of Pupil Transportation Services (NASDPTS) conducts an annual survey on illegal passing, whereby school bus drivers voluntarily count the number of vehicles that pass them when they stop to load and unload students. For each of the five years NASDPTS has collected data, participating school bus drivers have observed more than 74,000 instances of illegal passing on a single day.

Some stakeholders said additional federal guidance on school bus driver training on various topics would be helpful, including loading and unloading students and technology distraction. The Federal Motor Carrier Safety Administration (FMCSA) recently established minimum regulations for entry-level training for school bus drivers when applying for a commercial driver’s license. Two school bus associations, the NASDPTS and the National School Transportation Association, were part of the negotiated rule-making committee that helped develop the training regulations (the rule was delayed due to a freeze on new federal regulations). Additionally, NHTSA’s 2011 refresher training for school bus drivers covers several topics, including loading and unloading students.

Claim avoidance is high on the list of priorities for any commercial vehicle insurer. Client handouts from Verisk Insurance Solutions’ Engineering and Safety Service (E&S™) are just one way to avoid potential losses. Properly assessing and pricing the driver, vehicle, and business risk at the time of underwriting are critical. There’s more information related to commercial auto underwriting and loss control services on our websites.