We continue our series exploring emerging risks and their potential impact on property/casualty insurers with an in-depth look at the complex issues raised by legalized marijuana. Be sure to also read the other articles in the series. You'll learn about potential risks posed by two other quickly emerging trends: the increasingly popular e-cigarette (also called vapes), and 3D printing technology.

The liability environment surrounding marijuana is hazier than an Amsterdam coffee shop. More than half of the states now permit medical marijuana use in some form. Successful ballot initiatives this past election bumped the number of states that allow recreational marijuana up to eight. 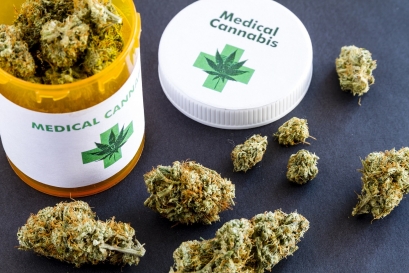 But on the federal level, marijuana is still illegal. The federal government treats marijuana as a Schedule 1 controlled substance, the most dangerous category-worse than cocaine or opioids.

The contradictory laws reflect the dual nature of marijuana itself. It contains THC, which produces the "high," but also non-intoxicating cannabinoids, which have been shown-sometimes in combination with THC-to treat symptoms of multiple medical conditions. From epileptics to people battling cancer, patients have found relief in marijuana-based products.

The patchwork of state laws and their conflicts with federal law have proven a challenge for insurers considering writing coverage for marijuana-related enterprises. Below are a few considerations to keep in mind concerning marijuana and insurance.

Businesses operating a marijuana dispensary or retail store could be sized like a Businessowners risk, which tend to be more lightly underwritten then their larger risk counterparts. But insurers may have to pay extra -attention to these risks, because as long as marijuana remains a Schedule 1 drug, insurers will struggle through a thicket of contradictory laws and tricky business issues.

Read the next article in the Emerging Risk series: 3D printing: The layers of risk