Following a tumultuous 2020, the United States continues to be at high risk for civil unrest, according to the Verisk Maplecroft Civil Unrest Index. 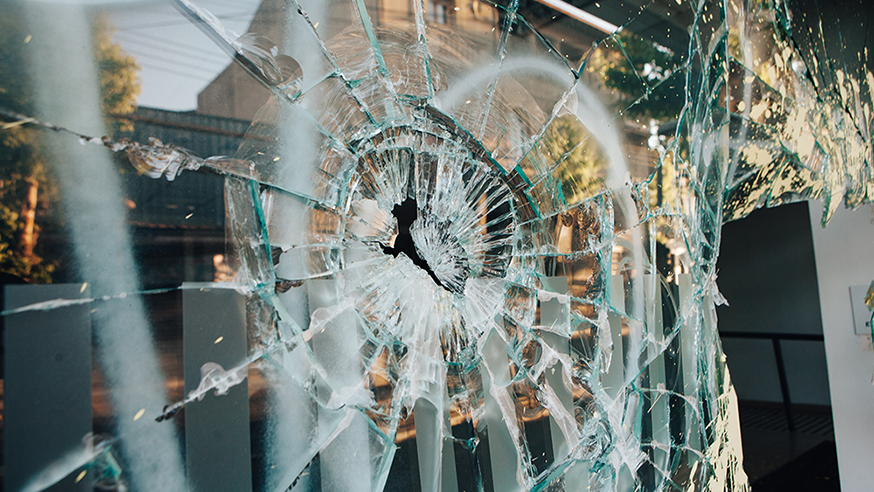 Verisk Maplecroft sees protest rates as likely to remain broadly stable between the fourth quarter of 2021 and the first quarter of 2022, but unlikely to fall back to pre-2020 levels, keeping the U.S. firmly in the “high risk” category.

According to analysis by Verisk Maplecroft, the drivers of unrest are manifold:

There are other flashpoints with the potential to trigger bouts of civil unrest, including mask and vaccine mandates and their extension from the public to the private sector. These mandates have been the rallying cry for angry protests and even violent confrontations.5

These are among the factors accounting for the United States’ 71st rank in Verisk Maplecroft’s Civil Unrest Index for the fourth quarter of 2021. The Index assesses the risk of disruption to business in 198 countries caused by the mobilization of societal groups in response to economic, political, or social factors. It captures a broad spectrum of incidents of unrest, from peaceful protests, to violent mass demonstrations and rioting.

Verisk Maplecroft sees protest rates as likely to remain broadly stable between the fourth quarter of 2021 and the first quarter of 2022, but unlikely to fall back to pre-2020 levels, keeping the U.S. firmly in the “high risk” category.

What could that mean for insurers?

Learning from the past

Historic losses occurred in a matter of weeks

Insurer losses under both coverages were heavily concentrated in a several week span beginning at the end of May, the month of George Floyd’s murder. Roughly $133 million of the $153 million in businessowners losses occurred that month, while $73 million of the approximately $87 million in commercial property riot and civil losses were experienced in May.

High loss levels spilled over into June 2020, making it the second highest month of losses, although they tailed off sharply from May. Businessowners insurers reported roughly $16 million in riot and civil commotion losses for that month, while commercial property insurers reported approximately $8 million.

States with the highest increase in losses

The meteoric growth in riot and civil commotion losses was a nationwide phenomenon, but the impact varied across the country and across lines of business.

When examining the data by percentage increase (not absolute cost), we see that some states that may not necessarily have been considered the epicenter of protest activity—such as Kentucky—nevertheless experienced enormous increases—a reflection both of how low their starting average was, and how widespread these losses were in 2020. 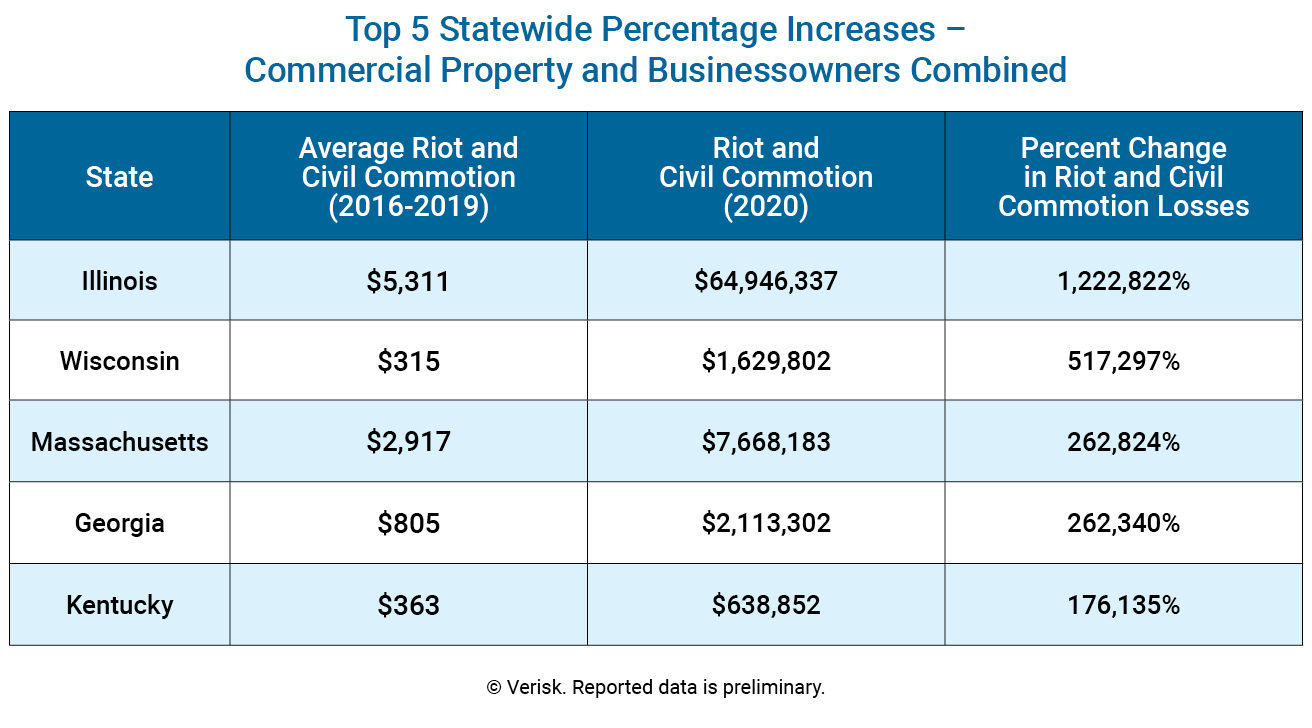 We selected percentage increase in losses, not absolute losses, so as not to skew the data towards large states or those with many commercial property exposures.

Following such a sharp spike in losses, insurers may be wondering about the impact on ISO advisory prospective loss costs. ISO Loss Costs take several years of experience data into consideration. This is to account for multiple variables, including volatility and the presence of outlier years. As stark as 2020’s riot and civil commotion losses appear, it’s worth noting that they represent a small fraction of the losses in both businessowners and commercial property reported over the experience period used in related Verisk reviews. Other perils, such as wind, continue to account for a considerably larger share of losses.

So how can insurers prepare for potential damage caused by civil unrest?

In addition to the Civil Unrest Index, the Maplecroft team is developing a model that can predict insurance losses from property damage and business interruption from civil unrest. To learn more, please contact Sam Haynes at Sam.Haynes@maplecroft.com.

Rachel DeLuco is an actuarial analyst at Verisk. Rachel can be reached at Rachel.DeLuco@Verisk.com.

Kevin Burke is a senior actuarial associate at Verisk. Kevin can be reached at Kevin.Burke@Verisk.com.

Arun Pillai-Essex is managing consultant at Verisk Maplecroft. Arun can be reached at Arun.Pillai-Essex@Verisk.com. 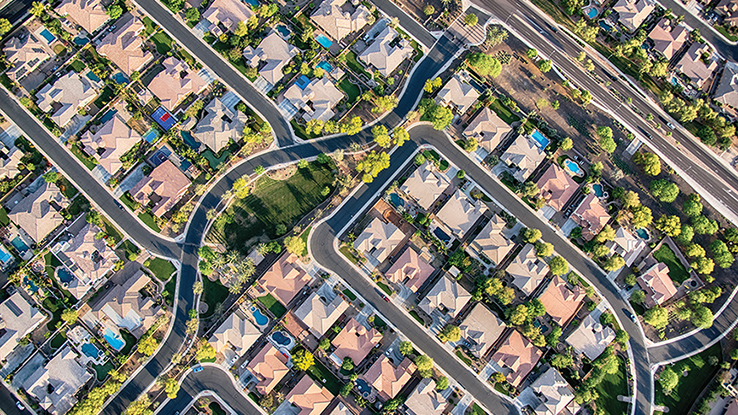 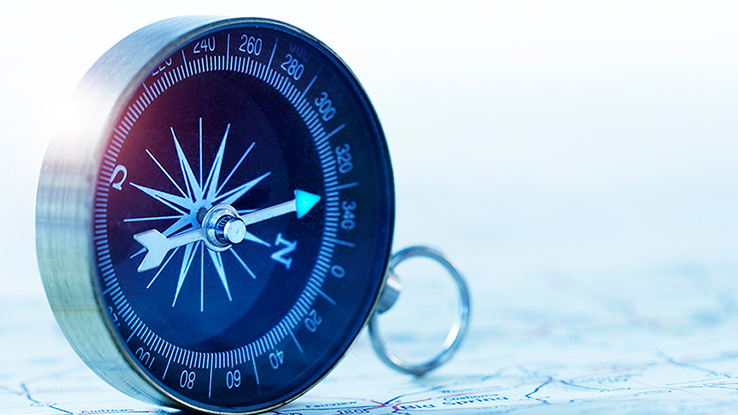