A new road: How driverless cars will transform the auto market 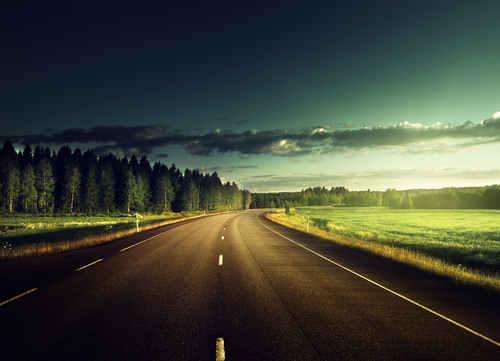 The auto insurance landscape is evolving like we’ve never seen before—or have we?

What does the advent of driverless cars mean for insurers who want to keep pace with the transformation of vehicle transportation?

In the late 1800s, we witnessed the progression from horse-drawn carriages to gasoline-powered cars. Innovation of autos continued through the early 1900s and has not ceased since, as automakers continue to look for ways to build vehicles that are safer and more environmentally friendly.

With those goals in mind, an electric, driverless car certainly seems like the penultimate step in the evolution of cars. But what does it all mean for insurance businesses that want to keep pace with the transformation of vehicle transportation?

Several areas of insurance must be considered during the transition toward fully autonomous vehicles.

Today, state financial responsibility and compulsory insurance laws typically require a vehicle owner to provide liability insurance along with other coverages, such as uninsured motorists insurance, depending on the applicable jurisdiction.

Absent changes to those laws, a vehicle owner’s liability coverage is likely to remain the first line of coverage pursued by an injured party, with questions remaining concerning fault. As a result of the financial responsibility laws in most states, typically in personal auto insurance policies, liability coverage for bodily injury and property damage to a third party in an accident is tied to an insured’s legal responsibility.

As autonomous vehicle features become more prevalent, we expect more questions about liability—particularly with vehicles where an operator may take control.

When a vehicle is in self-driving mode, the driver may not bear the responsibility customarily attributed to them in the event of an accident. A few manufacturers have publicly stated their assumption of liability for their future highly autonomous vehicles in the event that the vehicle’s technology is responsible.

However, if a driver has the option to assume control of the vehicle, questions of fault remain in play absent changes in the law. While product liability coverage may seem like the natural fit for the original equipment manufacturer’s exposure, that course of action may involve lengthy litigation. Will the original equipment manufacturer assume liability for the entire vehicle, or will it attempt to exercise rights against component and technology manufacturers?

In 2010, owners of certain Toyota vehicles (model years 1998-2010) filed a class action lawsuit alleging that the automaker’s cars suddenly accelerated due to flaws in the electronic throttle control systems. The allegations were subsequently disproved by investigators.

Still, in March 2014, a “federal judge ratified the $1.2-$1.4 billion Toyota lawsuit settlement while admonishing Toyota for corporate misconduct,” according to Edmunds.

In 2001, another automaker disputed with Firestone over the treads on Firestone tires and related accidents. In this case, multiple parties were involved in trying to attribute responsibility for vehicle malfunctions and accidents—a situation which could complicate a claims process.

Earlier this year, a pedestrian was killed after being struck by a highly automated vehicle in Tempe, Arizona. The incident led to an investigation of the original equipment manufacturer’s vehicle, the autonomous vehicle modifications, and the test “driver” as well as the pedestrian.

What may have traditionally been a question between two parties—the driver and pedestrian—became an investigation of at least four contributing factors.

Cyber will be a growing concern as electronic data and software updates in cars increase exposures to hacking. What constitutes vandalism and theft may become a contentious question as cybersecurity exposures mount.

Additionally, as traditional vehicles are converted to highly automated vehicles with aftermarket add-on kits, insurers will likely need to consider increased claims costs in underwriting because such kits may not be contemplated in the original cost of the vehicle. Long gone are the days when “electronic equipment” simply referred to stereos and tape decks.

And since some autonomous vehicles will be built directly by traditional automakers while others will be built through aftermarket add-ons, there’s greater potential for more parties to be involved in the attribution of liability when insurers and parties to an accident try to determine responsibility.

While advanced technology is expected to make vehicles safer than drivers, technology has its faults. How, then, to resolve the questions of fault more rapidly?

The answers may lie in data and sensors recording information, and collaboration to share that data during underwriting and claims processes.

As we move toward highly automated vehicles, insurers will likely need a number of data points to enable accurate underwriting. In addition to the data points already available to insurers today from information coded in a vehicle’s VIN, insurers must understand the technology and safety features available and installed in each vehicle, as well as the features engaged.

Data on the versions of software and hardware can also be pertinent tools in rating an autonomous vehicle: Whereas a driver historically went to a dealership to purchase a new vehicle, now an owner may receive an automatic upgrade pushed to the vehicle, with significant changes affecting overall safety and ultimately potential accident frequency.

With these new versions, vehicle variations will come into play that won’t be triggered by a physically new vehicle or new VIN.

How do insurance claims telematics need to evolve alongside increasing technology and data points in vehicles? Various insurers already collect data on driving behavior and vehicle-specific data through telematics for application in underwriting and rating. As vehicles become more autonomous, access to the vehicle data will continue to aid the underwriting and rating process.

Vehicle data may be further applied to evaluate the costs of technology and impacts on the severity of auto losses, while also evaluating the impacts on frequency through the experience collected on vehicle data.

In order to evolve toward the use of data for more efficient claims determination and loss mitigation, insurers also need access to vehicle event data recorders and data recorded by a vehicle’s sensors in order to replay or reconstruct certain events of an accident. Insurers will then be able to use this data to resolve claims and for reserving for claims from significant injuries.

How will all this data come together to enable automation and help insurance evolve as vehicles transform? Telematics data changes the process by enabling much greater speed for more accurate resolution from available evidence, rather than an old model of testimony collection over a protracted time period.

No matter how the data is collected—smartphone or dongle, tethered or embedded—a crash can be detected and analytics leveraged to detect fraud and understand the damages, injuries and liability, then determine the best resolution for a claim.

Collaboration paired with technology will maximize the information and help insurers achieve a more efficient claims process, even if more players are involved with potential attribution of fault. Considering that determination of liability can be a long and complex process, cooperation between vehicle manufacturers and insurers will be key.

With access to data points and collaboration in the industry, managing insurance for autonomous vehicles—from underwriting through claims—could become more and more seamless.

“A new road: How driverless cars will transform the auto market” originally appeared in Independent Agent magazine and is reprinted here with permission.

Sandee Perfetto is director, personal lines, auto and farm product development at Verisk. She can be reached at Sandee.Perfetto@verisk.com.

How to manage the risks from SIM card swapping