A day in the life of a property inspector 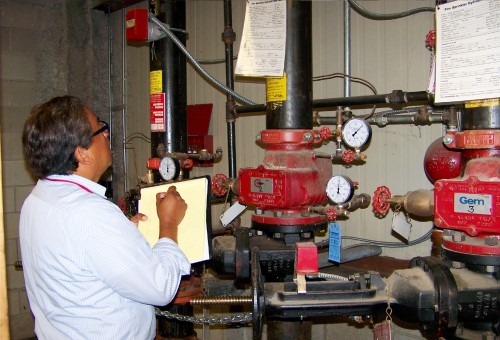 Surveys, inspections, and site visits are an integral part of gathering reliable, up-to-date information on commercial properties and the risks they pose. The data is critical for underwriters wanting to write coverage, and the field analyst who conducts those surveys must have the expertise, knowledge, and resources to do the job properly. The following account of a typical day for Verisk Commercial Lines field analyst Rafael Sanchez is an informative look at the wide range of properties and risks that inspectors encounter and the capabilities that our experts bring to the task on behalf of insurers.

‘I know every road in the state’

It’s a warm, sunny morning as Rafael Sanchez climbs into his Ford Fusion. He’s armed with a list of addresses to visit and a stack of information on those properties, including previous surveys. Rafael has a GPS in his car, but he probably won’t even turn it on. “I only use my GPS when working outside New Jersey,” he says confidently. “Otherwise, I know every road in the state.”

A good sense of direction is one of many skills Rafael has mastered during his 27 years as a field analyst for Verisk Insurance Solutions Commercial Lines. In that time, he’s completed thousands of commercial building surveys and driven countless miles. Rafael has surveyed natural gas facilities, churches, horse farms, and fast food restaurants, just to name a few. His territory includes Mercer and Middlesex Counties, New Jersey, and today he will visit an industrial center in Raritan and a strip mall in Woodbridge.

Rafael’s first appointment is a Halloween costume warehouse and distribution center. The insurer has requested a loss control survey for the address, but Rafael is also completing an FRF-51. “Whether the building needs a new form or just updates to an existing one, the FRF-51 is basically our portal to funnel loss cost information on the building into our database,” Rafael explains.

The building already has recorded data from a previous survey, which Rafael reviewed along with other pertinent information in preparation for his visit. Once on site, he starts by circling the perimeter. “I go around at least once to get a feel for the exterior, specifically all the entrances,” he remarks.

Rafael begins his analysis of the premises’ sprinkler system even before he enters the building. First, he examines the exterior fire department connections and alarm bell. He notes that the exterior walls are metal sandwich panel, which may indicate a slow-burn wall classification in the event of a fire. Once inside, he immediately marks inset entrances as “unsprinklered spaces.” Because steel columns in partition walls aren’t fire-protected, Rafael treats the structure as one building, even though the walls separate five different tenants.

By the time Rafael finishes about 90 minutes later, he’s examined two sprinkler rooms on the premises. He checks sprinkler heads, water supply, requirements for PSI (pounds of water pressure per square inch), the presence or absence of necessary tools such as a sprinkler wrench, and many other fire safety features. He notes overstocked shelves that might block or delay heat rising to activate sprinklers in the event of a fire. His inspection results in the issuing of a Sprinkler Assessment Report. Also at this location, he observes the presence of skylights, which generates an Enhanced Wind Report.

With the first survey complete, Rafael is back in the car and thinking about his second appointment, a strip mall. The insurer has requested a workers’ compensation survey for a liquor store at the address, but Rafael will again also complete an FRF-51 for the entire strip mall.

Rafael tailors his visit according to the insurer’s workers’ compensation form. He interviews the store owner and checks for employee safety issues, right down to a step ladder that employees use to stack boxes and a hand truck to move heavy objects. He checks the sprinkler room for all eight stores in the mall. The occupancies include a large supermarket, pizzeria, Chinese restaurant, and the liquor store. He checks all sprinklers and fire extinguishers and measures all spaces. One tenant will voice his own fire safety concerns, and Rafael will check out a narrow entrance.

Rafael knows hundreds of building managers and businessowners. Between the two appointments, he stops for lunch at an industrial park cafeteria where the owner and staff greet him cordially. He meets a lot of people as he performs his many visits, driving about 2,000 miles a month. His fellow field analysts in the western states think that’s low!

Regardless of the distance, Rafael shares the same outlook as all Verisk Commercial Lines field analysts: “Anything can be surveyed, and we can do it. That’s one of my favorite things about the job: variety. Today it’s a strip mall; tomorrow, maybe a restaurant or warehouse. I enjoy all the different properties.”

Rafael feels he typifies the professional attitude of his fellow field analysts nationwide. They pride themselves on the recognition and respect they’re shown by contractors, property managers, and insurance professionals.