What could the future of food production and distribution look like?

Through the lens of technological developments, it could be argued that the 2010s was the decade of convenience and leisure. Instead of gyrating and posturing to secure a position for a taxi on a street corner, city-dwellers now can press two buttons to hail a car via a ridesharing app. Rather than go to a movie store or movie theater, now we can parse through different platforms with a seemingly endless amount of content on our crystal clear televisions. Want to download a new album or podcast then stream it to your Bluetooth speakers for an optimal listening experience? No sweat. 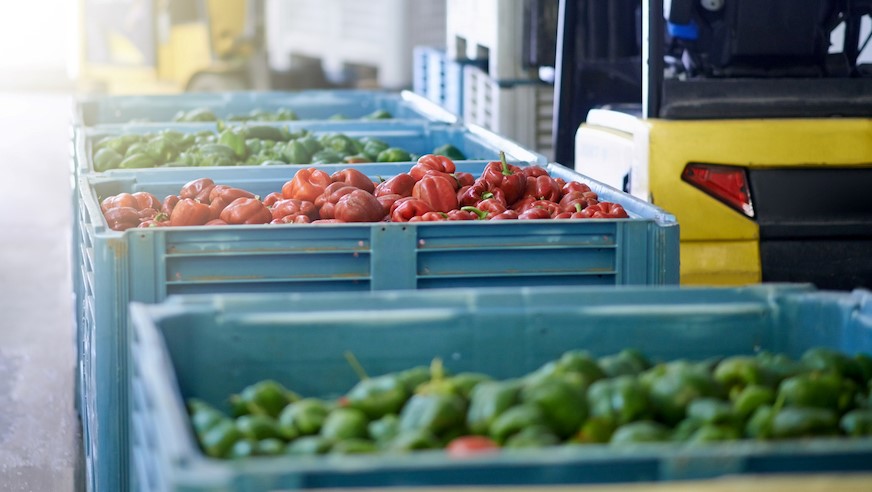 How come some U.S. farmers are being compelled to waste so many food products when hundreds of millions of people—both at home and abroad—are dealing with crisis levels of hunger?

For some Americans, these technological advancements have embedded an expectation of convenience into virtually all aspects of life. But COVID-19 may produce an innovation earthquake that compels society and its brightest minds to shift its focus into the aspects of our lives that have been staples for generations, namely health and food. Why are overwhelmed doctors and hospitals reportedly armed with so little technological assistance during a relentless crisis? How come some U.S. farmers are being compelled to waste so many food products when hundreds of millions of people—both at home and abroad—are dealing with crisis levels of hunger?1

In the aftermath of the COVID-19 outbreak, the 2020s could be the decade that hosts these kinds of questions, as well as efforts to resolve them. In our previous Featured Post, we took a look at why COVID-19 was causing disruptions throughout the United States’ food supply chain. In response to these issues, this post will take a look at some potential technologies and concepts relating to food production that could attract more attention in the years to come.

What is indoor vertical farming, and how could it alter food production?

According to The New Yorker, vertical farming is a relatively new term, and "refers to a method of growing crops, usually without soil or natural light, in beds stacked vertically inside a controlled-environment building." 2 Additionally, Axios notes that "[u]sing artificial light, algorithm-controlled water and climate settings, and automated soil and nutrient monitoring, plants can be grown much faster than in outdoor farms and without pesticides." 3

In recent years, there has reportedly been increased momentum for these vertical farms to be built in proximity to urban metropolises and serve as a direct provider to these cities and nearby neighborhoods. As of 2017, per The New Yorker, "[m]ost of America's baby greens are grown in irrigated fields in the Salinas Valley, in California. During the winter months, some production moves to similar fields in Arizona or goes even farther south, into Mexico."

The remoteness of the bulk of this production, according to Vox, has its drawbacks.4 On average, leafy greens travel for around 2,000 miles—and up to two weeks—before reaching the consumer's plate, reportedly losing nearly 45 percent (by some estimates) of its nutritional value during the passage.4

Conversely, one vertical farming company that occupies four buildings in Newark, NJ, per The New Yorker, is able to deliver its products to a local grocery store in a mere eleven minutes. Axios notes that these vertical farms are popping up near cities across the country, including in Baltimore and San Francisco. According to Vox, the Newark farming company is striving to erect one of these farms outside every city in the world that consists of at least 1 million people—which is about 500.

Growing produce indoors appears to provide its share of perks. In addition to being able to provide a climate-controlled environment to optimize growing year-round, the crops typically don't require the use of pesticides and are also better protected against pests and other potential contaminants. This would seemingly present the possibility of a significant reduction in sicknesses related to food consumption; especially relevant given a Business Insider report that fresh produce is responsible for nearly 50 percent of all foodborne illnesses in the United States.5 Additionally, as technology advances and determining how the crops will grow becomes more predictable, the amount of control that vertical farmers can exert into the process could be immensely beneficial, per BBC.6

With respect to sustainability, vertical farms could offer a number of benefits as well. The farms' proximity to cities can reduce the need for long truck journeys from regions such as California that contribute to emissions. Also, The New Yorker notes that agricultural runoff is a primary cause of pollution in oceans—this would reportedly not be a concern with vertical farms.

Additionally, more use of these farms could also help tackle water stress issues that continue to emerge throughout the world.7 According to The New Yorker, outdoor farming accounts for 70 percent of the world's use of freshwater. Conversely, hydroponic farming, which is reportedly an indoor model of agriculture "in which plants are grown in a nutrient-rich basin of water," uses 70 percent less water than regular farming, per The New Yorker. Furthermore, aeroponics, another indoor farming technique, reportedly uses 70 percent less water than the hydroponic method.

Like any developing business, controlling costs and ultimately generating profit will be a primary factor in determining how ubiquitous indoor vertical farms will eventually become. According to Digital Trends, some critics of this concept believe that scaling these vertical farms to produce a significant enough dent in a huge market isn't feasible.8

Additionally, Axios notes that the sophisticated ventilation equipment required to build the necessary infrastructure, coupled with the high energy usage involved, makes overhead costs for each of these farms quite significant. And with respect to energy, if vertical farms consume a significant amount of fossil fuels to maintain power, then could that negate the sustainability benefits mentioned above?

These are just a couple of the concerns that could inhibit the development of vertical farms. But in terms of capital requirements, there are reportedly some reasons to be optimistic. Vox reported that in 2019, one enterprise received the largest round of funding in ag-tech history ($200 million), which could help the company's plans to expand, and also may potentially indicate that there might be an appetite among investors to help grow these businesses. Additionally, Vox notes that as costs for equipment such as LED lights continue to go down, and usage of Internet of Things (IoT) devices and machine learning increases, such efficiencies could allow for these farms to emerge into a viable business.

Lastly, there may be other applications for these technologies in lieu of massive warehouses on the outskirts of densely populated metropolises. Similar to home brewers, BBC suggests that people could be inclined to partake in similar home farming as well. BBC also mentions that supermarkets "might be filled with miniature vertical farms of their own."

Even if indoor vertical farms do blossom into a major source of produce for cities across the United States—and possibly the world—they currently do not appear to be an option to provide the level of protein that is customary for so many diets, many of which are reportedly predicated on meat consumption.

This dependence on meat has appeared to reach a crisis point during the COVID-19 outbreak. The tightly packed workspaces in meatpacking plants do not allow for the degree of social distancing recommended to prevent the spread of COVID-19, and have led to outbreaks in different plants across the country. Nevertheless, the processing plants, per the New York Times, were declared to be "critical infrastructure" in an Executive Order and were required to stay open, despite the risks involved for workers.9

With the uncertainty hovering around conventional meat production, the prevalence of plant-based meat alternatives, per Vox, is surging.10 Impossible Foods, a company that makes plant-based substitutes for meat products, entered 2020 with their products in 150 grocery stores. Per Vox, the company's president announced in a statement that they expect their '"‘retail footprint to expand more than 50-fold in 2020 alone.'” This growth was supported by 1,700 Kroger-owned grocery stores recently placing their burgers on their shelves.

While Vox notes that the production of plant-based meat produces significantly less exposure for its workers and is practically immune to the supply chain disruptions caused by COVID-19, there may be risks to consider involving plant-based meat as well. A 2019 article from the Huffington Post cites the concerns of some nutritionists that the classification of these food products as “plant-based” may be perpetuating a “health-halo effect” that wrongly makes people assume plant-based meat is healthier than their authentic alternatives—or even healthy in general.11

With a high level of saturated fat, an elevated amount of coconut oil that the American Heart Association states can raise LDL (the bad cholesterol), and the presence of additives that there reportedly isn’t a consensus on concerning long-term effects, these plant-based burgers may need to be perceived as a fun meal rather than the staple of a healthy diet.

In addition to possible health risks, restaurants may face some concerns regarding their cooking of plant-based burgers. Reuters reported back in November 2019 that a fast-food company was sued “by a vegan customer who accused the fast-food chain of contaminating its meatless ‘Impossible’ Whoppers by cooking them on the same grills as its traditional meat burgers.”12 The filing, per Reuters, was a proposed class action that, in part, sought “damages for all purchasers of Impossible Whopper.”

There reportedly is some uncertainty—and controversy—regarding how exactly plant-based meat should be identified and labeled as well. According to NPR, some states have enacted laws “saying that only foods made of animal flesh should be allowed to carry labels like ‘meat,’ ‘sausage,’ ‘jerky,’ ‘burger’ or ‘hot dog.’”13 Per the article, this may just be the outset of contentious disputes between the agricultural industry and companies that develop plant-based foods. This environment could potentially make labeling and advertising a tricky one to navigate for those who distribute plant-based products.

If the coming decade features a slew of innovations in the food industry, then it may be crucial to keep an eye on some of the risks—both expected and unexpected—that could correspond.