After a relatively slow start to the 2019 wildfire season, activity is intensifying around the country, including multiple incidents in California.

The Walker Fire became California’s largest wildfire of the season to date, consuming more than 48,000 acres in Plumas County, while firefighters made headway against the smaller Red Bank Fire in Tehama County, according to local news reports and government sources. Several other fires were also burning across the state. 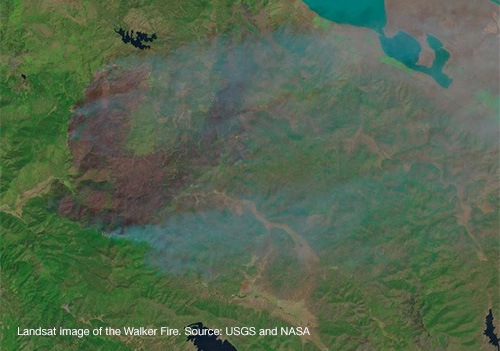 FireLine®, Verisk’s wildfire risk management tool, is guiding the analyses of risk factors seen within the perimeter of these fires. 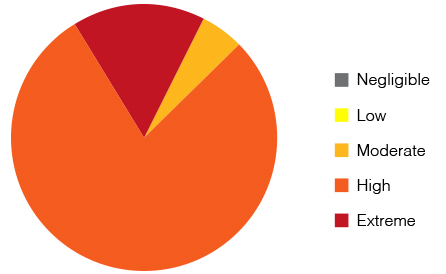 The Walker Fire, which started around midnight on September 4, caused no reported injuries, but its location east of Taylorsville triggered evacuations and road closures in Plumas and Lassen Counties, according to information from the U.S. Forest Service at Plumas National Forest. Quoting a Forest Service official, CBS Sacramento reported that firefighters encountered difficult terrain and winds that blew in alignment with canyons in the area, accelerating the spread of the flames.

As of September 10, the fire was 20 percent contained, with nearly 1,300 firefighters on the scene, the Forest Service reported. The cause of the fire was under investigation.

View the FireLine heat map of the Walker Fire. 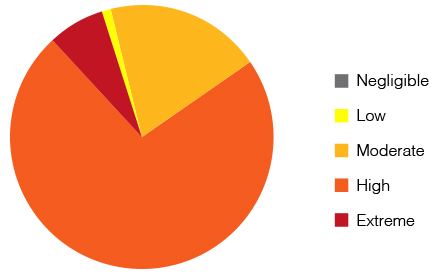 The Red Bank Fire, believed to be ignited by lightning, started on the afternoon of September 5, according to the California Department of Forestry and Fire Protection (CAL FIRE). As of September 10, it had consumed more than 8,800 acres west of Red Bluff, with two structures destroyed. No injuries were reported, and earlier mandatory evacuation orders were lifted.

The fire was 80 percent contained, and its growth appeared to be halted as of September 10, with nearly 2,200 firefighters on the scene, CAL FIRE said.

In the Red Bank Fire, FireLine determined that areas considered to be at high to extreme risk accounted for more than 80 percent of the total fire area. About two-thirds of the fire area contained medium to heavy fuels, and more than 95 percent consisted of moderate to extreme slopes. Access for firefighters was generally good.

View the FireLine heat map of the Red Bank Fire.

Layheab Ly is a geospatial big data intern at Verisk. She can be reached at Layheab.Ly@verisk.com.