Private U.S. property/casualty insurers saw their net income after taxes more than double to $34 billion in first-half 2018 from $15.5 billion in first-half 2017, with the help of lower catastrophe losses, growing premiums, and an increase in investment income, according to ISO, a Verisk business, and the Property Casualty Insurers Association of America (PCI). 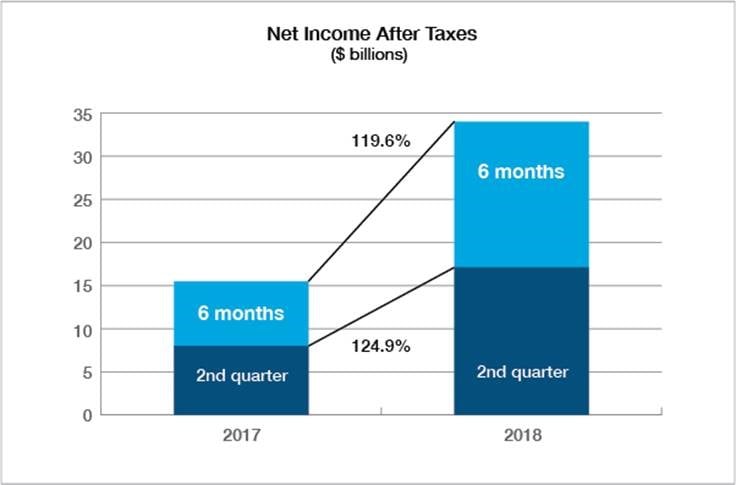 Losses and loss adjustment expenses from catastrophes declined to $14.6 billion for first-half 2018 from $18 billion a year earlier. Net written premiums grew 13.3 percent in first-half 2018 from 4.1 percent a year earlier, affected in part by the growth in the economy, rising auto premiums, and changes that multiple insurers made to their reinsurance arrangements. Overall, insurers enjoyed a $6 billion net underwriting gain, rebounding from a $4.6 billion net underwriting loss for first-half 2017.

Net investment income jumped 14.6 percent to $26.8 billion from $23.4 billion, with the increase mostly due to large dividends from insurers’ subsidiaries that don’t operate in property/casualty insurance.

Their annualized rate of return on average surplus more than doubled to 9 percent in second-quarter 2018 from 4.2 percent a year earlier.

View the full report from ISO and PCI.

Neil Spector is the president of underwriting solutions at Verisk.