Lately, the exploding cost of physical damage claims has auto insurance industry professionals raising their eyebrows. With general inflation rates chugging along at an annualized rate of a little over 7%, the Consumer Price Index for auto body work hit a scorching year-over-year high of 11% in September 2022.1

That means that when an accident occurs, insurers are often paying remarkably high dollar amounts for vehicles that were insured with premiums developed before the effects of inflation hit, leading to some pointed questions about premium adequacy.

However, the overall loss environment is not all bad news. The recent pandemic, the associated economic downturn, and the continued popularity of remote work practices have all made auto accidents less frequent. Inflationary loss severities began showing up at a time when frequencies were extraordinarily low, and even today they have not yet recovered to pre-pandemic levels.

According to ISO data, the combined effect of fewer claims but bigger losses remained favorable for insurers until very recently—but what happens now? What can we do about unexpected inflation in commercial auto physical damage costs?

Three possible responses to the challenge of inflation

These are three possible responses to the challenge of inflation, which we will address individually.

VVFs can be thought of as a combination of two rating factors: Vehicle age factors and original cost new factors.  Our base loss costs are set at the level of a current model year vehicle sold new in the range of $25,000 to $29,999, and the VVFs adjust the premium up or down according to each vehicle's age and original cost new.  For a given vehicle, the VVFs will shift downward over time as depreciation lowers the vehicle’s cash value, and hence the exposure to loss.

It's easy to see how unexpected inflation can throw a wrench into this system. The original cost new is fixed in the past, and age is inevitable, so neither value allows any adjustment for the kind of inflationary disruption we have experienced over the past 18 months.

So why not update our VVFs in response to the economic environment?

Well, because it probably wouldn't help. VVF factors are reviewed periodically, and we plan to conduct the next review in 2023. But while the resulting VVFs could differ significantly from those in effect today, we would not be surprised to find relatively small changes. VVFs only show the relative difference in loss expectation between vehicles, and it’s not clear that those relative differences would change. The relationship between one vehicle and another has not significantly changed, because inflation affects all vehicles regardless of age and cost—in other words, all the values are going up together. 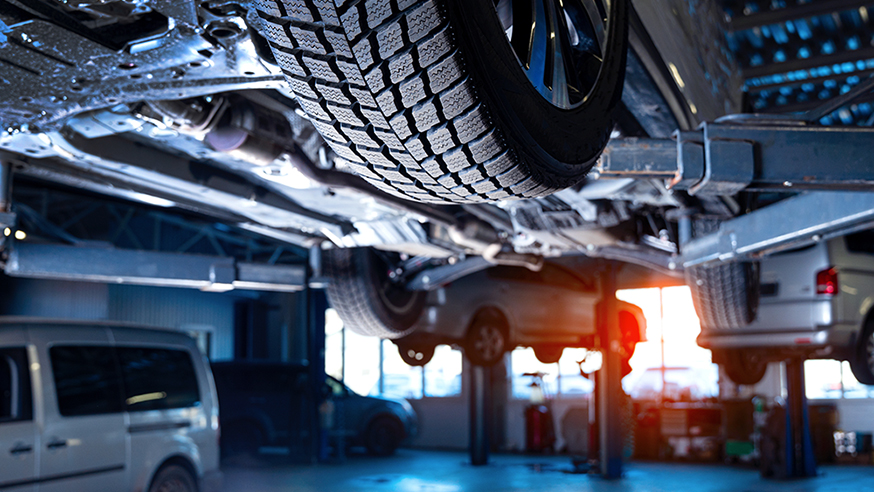 When an accident occurs, insurers are often paying remarkably high dollar amounts for vehicles that were insured by premiums developed before the effects of inflation were felt.

Option 2: Addressing the issue in our loss experience reviews.

When losses for all vehicles are generally rising together, increasing the base loss costs can raise the premium for all vehicles together. That’s why this phenomenon would normally be addressed in our annual loss experience reviews.

Our previous reviews showed that claim frequency bottomed out during the peak of the pandemic and then began to rise, while loss severity began to grow rapidly with inflation. Today both frequency and severity are rising together, which is a recipe for large increases to loss costs.

But this comes after a significant delay caused by low frequencies. Until recently, indications were flat. Now, well after the pickup in inflation began, we are filing double-digit increases. This unfortunate confluence of events throws a spotlight on the lag that has always been present in the ISO review process.

There are delays between when an accident occurs, when the accident is reported to ISO, and when that accident enters the experience period and impacts the loss cost. In an environment with predictable inflation, this lag normally does not have a large effect. But these are clearly not normal times.

ISO has been dedicating substantial resources toward examining whether that lag could be reduced. This would help the loss costs react to changes in inflation more quickly, but there is a limit to how much the lag can realistically be reduced at this time.

If updating vehicle value factors is a non-starter and loss experience reviews are inherently slow, what other tools are available?

In the recent past, using an estimate of actual cash value (ACV) to rate an auto physical damage policy might have looked like a rather bad idea. After all, it's only ever an estimate. Actuarial literature says rating variables are ideally supposed to be objectively verifiable!  You'd be inviting an argument with the policyholder. And there's a cost to collecting the extra information necessary to create an ACV estimate—for what benefit?

But in today's tumultuous economic environment, we might view "actual value" rating quite differently. In homeowners business, the limit of insurance is meant to approximate the market value of the property, so that an exciting year in the housing market doesn't require a constant stream of loss cost filings to keep pricing up to date. Might the same approach be a benefit for auto?

We think it could. And it might be surprising to learn that it already exists in ISO's program.

The amount mentioned in the name of the endorsement is a limit that applies to physical damage coverages. ACV can still limit the losses on these vehicles too; whichever amount is lowest—the stated amount, the cost to repair or replace the vehicle, or the ACV—becomes the effective limit.

But what’s interesting is how attaching this endorsement changes the rating calculation: Age and original cost new both get thrown out! The physical damage premium is based on the limit written in the endorsement instead. If the limit on the endorsement is set to an up-to-date ACV, this essentially creates a form of actual value rating. Not only that, but the stated limit prevents unexpected inflation during the policy period from raising severities beyond what is anticipated at the time of pricing—not a bad arrangement overall to address concerns about inflation.

It will be interesting to see, going forward, if stated amount gets more use in the industry. Currently it’s attached for approximately 2% of vehicles. Anecdotally, the endorsement isn't generally being used to combat inflation. Instead, it's being used in situations such as the following:

We expect these sorts of use cases to continue to be a significant portion of the stated amount volume, but we would not be surprised if some insurers begin using the endorsement more widely to try to rein in the inflated claim payments they have been reporting. This is one lever an insurer can pull immediately, without any action taken by ISO, and that makes it a very attractive option.

For more answers about what we’re doing to combat the effects of inflation for insurers, reach out to Kevin Hughes at kevin.hughes@verisk.com.

For more answers about what we’re doing to combat the effects of inflation for insurers, reach out to Kevin Hughes at kevin.hughes@verisk.com.

Kevin Hughes is the Commercial Auto Actuarial Director at Verisk. Kevin can be reached at kevin.hughes@verisk.com.