Preparing today for the risks of tomorrow 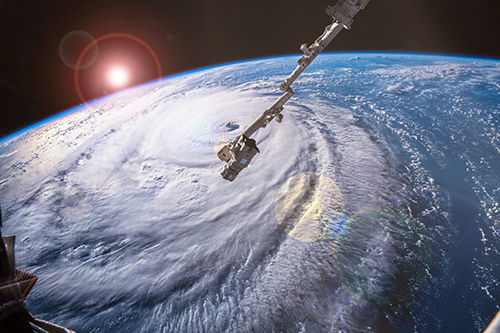 As a new year dawns, businesses face the perennial challenge of identifying and preparing for new risks and issues. The ISO Emerging Issues team has collaborated with our business unit partners across Verisk to bring you a wide-ranging exploration of four critical risks we think should be on your radar: climate change, cybersecurity, 5G technology, and cannabis.

Researchers are taking a fresh look at the potential for 5G’s electromagnetic radiation to damage human DNA.

Here’s a look at just a few of the angles we’ve covered.

The consequences of a changing climate

We’ve seen the devastating impact of a hotter, drier climate in the wildfires ravaging portions of the United States, but climate change is also affecting the planet’s jet streams and Arctic air flow. We explore how a warming Arctic is altering air currents to produce often brutally cold winters in lower-latitude regions with costly consequences for the affected cities and citizens.

Human adaptation to environmental change is another source of climate risk. These so-called “transition risks” may implicate a range of businesses as the world attempts to transition to carbon-free sources of energy and nations strive to meet their commitments to the Paris Agreement.

While we collectively grapple with climate change, businesses continue to stare down the acute menace of cyberattacks. Cyber threats are hardly new, but we’re tracking them as they continue to evolve in novel and unpredictable ways. Progress towards building quantum computers, for instance, could potentially render modern encryption defenses powerless, putting petabytes of confidential data at risk. In the shorter term, insurers are still studying the consequences of cyber catastrophes, such as NotPetya, that have proven to have longer-tail consequences than originally expected.

5G to make its mark

Cellular networks should see a significant speed boost with the introduction of 5G technology and businesses as varied as telemedicine providers and car manufacturers may be poised to benefit. Yet for all its promise, there are several risks surrounding the transition to 5G. For one, researchers are taking a fresh look at the potential for 5G’s electromagnetic radiation to damage human DNA. Weather forecasters, too, are concerned that the frequencies occupied by 5G operators will interfere with their ability to collect critical weather data that  supports modern forecasting.

Cannabis 2.0: The next wave of weed

While recreational marijuana is often the public face of the cannabis boom, there’s growing interest in exploiting the plant’s  less publicized molecular constituents. As we detail, bioengineering may enable scientists to more efficiently explore the potentially useful chemical compounds available  in very low concentrations in the cannabis plant itself, while also making the cultivation of recreational and medical marijuana safer.

To learn more about these risks in greater detail, download your free copy of Verisk Perspectives.

Andrew Blancher is Director of Commercial Auto and Emerging Issues at ISO. You can contact him at Andrew.Blancher@verisk.com.