While the manifestations of climate change can be seen and felt on the ground level (record-breaking heat, increased flooding events, and more), the dynamics that underlie the shifts are more subtle. 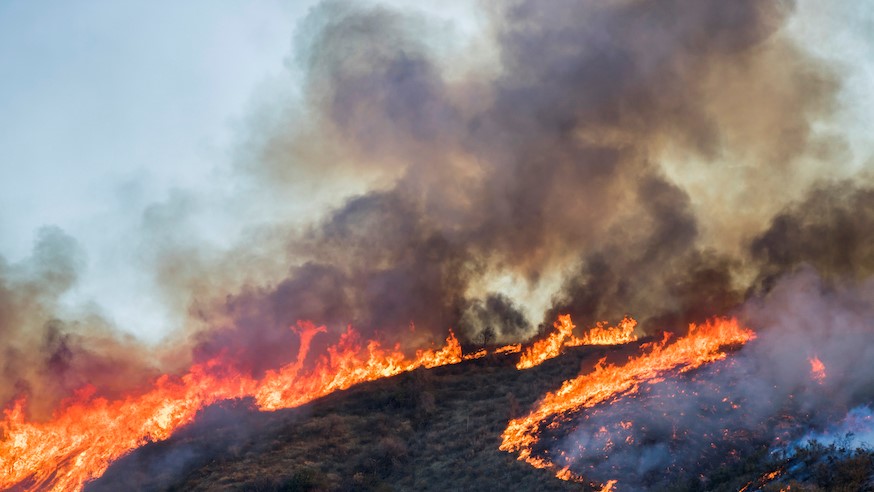 Changing Arctic weather patterns are beginning to produce tangible results beyond the Arctic that could eventually reverberate throughout the world.

The changes currently ongoing in the Arctic, which is reportedly warming at rates twice as fast as the rest of the world, may be guiding weather patterns that cause tangible issues for more densely populated regions.1 For example, polar vortex disruptions may become more commonplace, leading to an increase in severe mid-latitude weather.

There are other unusual phenomena in the Arctic that have caught the attention of researchers, dealing with ecological characteristics specific to that region, such as permafrost and peatlands. Changes to these Arctic features could result in an accelerated worldwide global warming that, according to National Geographic, current climate change models don't account for because the exact nature of the changes remains quite murky.2

Changing Arctic weather patterns are beginning to produce tangible results beyond the Arctic that could eventually reverberate throughout the world. But questions remain as to how long this process could take and to what extent. Awareness of the characteristics specific to the Arctic could help provide some guidance.

According to NASA, "permafrost is any ground that remains completely frozen—32°F (0°C) or colder—for at least two years straight" and is "made of a combination of soil, rocks and sand that are held together by ice." 3

There have been concerning trends relating to the rate that permafrost is thawing in the last century and the effects this could have on climate change (more on that shortly). In addition to the melting contributed by warming temperatures in the Arctic, National Geographic also notes that the loss of sea ice and rise in temperatures will lead to more snowfall in the Arctic.

An increase in snow could have impacts on the permafrost that is so entrenched in the Arctic landscape. National Geographic reported on a study of a possible correlation between an increase in snow and a surge in temperatures below ground, where permafrost is contained. The theory is that more snow traps more heat in the ground, potentially contributing to the thawing of permafrost, as explained below:

Every winter across the Arctic, the top few inches or feet of soil and rich plant matter freezes up before thawing again in summer. Beneath this active layer of ground extending hundreds of feet deeper sits continuously frozen earth called permafrost, which, in places, has stayed frozen for millennia.

But in a region where temperatures can dip to 40 degrees below zero Fahrenheit, the [researchers] say unusually high snowfall this year worked like a blanket, trapping excess heat in the ground. They found sections 30 inches deep—soils that typically freeze before Christmas—that had stayed damp and mushy all winter. For the first time in memory, ground that insulates deep Arctic permafrost simply did not freeze in winter.

What are the implications of permafrost thawing? According to NASA, when permafrost is frozen, organic carbon within the ground can't decompose. However, when it’s thawed, microbes begin decomposing this material and convert it into carbon dioxide and methane (the EPA notes that the impact of methane on the atmosphere is about 25 times greater than carbon dioxide), which is subsequently released into the atmosphere.5 National Geographic notes that the amount of carbon contained within the currently frozen permafrost is more than double the amount of carbon currently in the atmosphere.

While this is concerning, National Geographic states that most models project that only around 10-20 percent of this stored carbon would be released into the atmosphere. Given the vast amount of permafrost that may thaw over time, this could still have a sizable impact on emissions poured into the atmosphere.

Perhaps of graver concern, NASA also notes that the thawing of permafrost could unlock ancient bacteria and viruses that had been frozen in the ice and soil for more than 400,000 years.

It would be natural to ignore increasingly prevalent wildfires in the Arctic. These events occur in a remote region with little to no population and insurable property. However, just because there’s no immediate, tangible damage doesn't mean that they don't produce any effects.

Emissions released through wildfires have come under the microscope in recent years. For example, in analyzing the 2018 wildfire season in California, the U.S. Department of Interior (DOI) estimated that about 68 million tons of carbon dioxide were emitted in the course of burning.6 For comparative purposes, the report notes that through the generation of electricity in 2016, California released 76 million tons of emissions. Essentially, these wildfires were contributing nearly the equivalent of an entire state's worth of electricity generation-related emissions in a full year.

Arctic wildfires, for various reasons, are projected to contribute even more emissions. According to WIRED, Arctic fires in 2019 had released 121 megatons of CO2 into the atmosphere through June.7 This had topped the Arctic record of 110 megatons set in 2004—and the 2019 mark was set with half a year remaining.

One explanation for the sheer breadth of these wildfires is a lack of maintenance and response. In California, fire departments and response teams work exhaustively to mitigate and eventually help extinguish these wildfires. No such task force exists to manage the Arctic. Also, it hasn't helped that temperatures have been exceedingly high around the Arctic this summer, with temperatures in parts of Siberia reaching levels nearly ten degrees higher than the average set between 1981 and 2010, according to ScienceNews.8

Also contributing to the strength of these wildfires, and perhaps most importantly, is the type of land unique to the Arctic that these fires burn through. Peatlands, according to WIRED, form the foundation of whole Arctic ecosystems. Peatlands are sometimes formed several meters thick by slowly decomposing organic matter, and when dry, are "one of the most flammable substances in nature."

Peatlands reportedly burn in a very distinct fashion. They will sometimes smolder deep into the ground and move laterally across the ecosystem, which leads to the formation of huge holes in the soil. These peatland-based fires are reportedly capable of burning for months at a time and do so through carbon-rich material, which encompasses the aforementioned permafrost.

As climate change continues to emerge as a focal point of discussion, the most significant concern may lie in the Arctic, where rapid changes may be capable of potentially upending mid-latitude weather patterns, as well as potentially releasing enough carbon dioxide and methane to neutralize any emissions cuts new policies lead to.9

Related Post: How Climate Change May Assist in Solving a Global Issue