In a major development on the Medicare Secondary Payer (MSP) compliance front, on December 11th, President Trump signed into law the Provide Accurate Information Directly (PAID) Act as part of H.R 8900,[1] which is a bill that, in part, extends the government’s fiscal deadlines to avoid a government shutdown. The PAID Act’s provisions are included as part of H.R. 8900 in Title III, Section 1301 entitled “Transparency of Medicare Secondary Payer Reporting Information.” 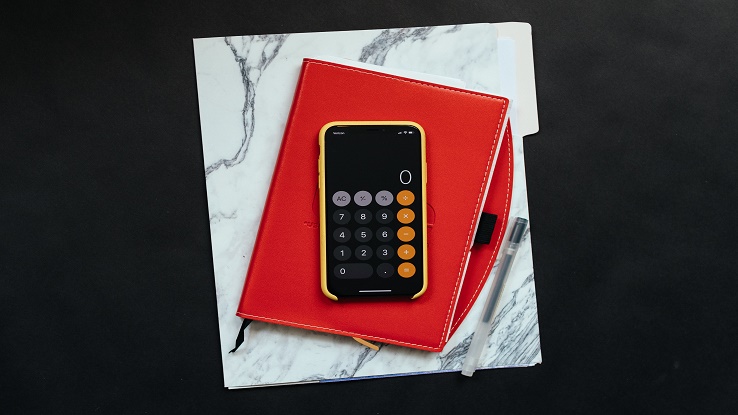 In general, the PAID Act, which amends 42 U.S.C.  § 1395y(b)(8)(G), requires that CMS expand its Section 111 Query Process to identify whether a claimant is currently entitled to, or during the preceding 3-year period has been entitled to, Medicare Part C (Medicare Advantage) and/or Medicare Part D (prescription drug) benefits. If so, CMS is then required to provide the names and addresses of any such Medicare plans through the Section 111 Query Process. CMS must now implement the PAID Act by December 11, 2021. The Congressional Budget Office estimates that the PAID Act will save $30 million.[3]

Join our PAID Act webinar on January 11, 2021, where we will break down the PAID Act, examine its claims impact, and explore what it means for you.

In the interim, the following provides an overview of critical aspects of the PAID Act, next steps, along with what ISO Claims Partners is doing and how we can help:

What is the PAID Act?

What does the PAID Act do?

In a nutshell, under the PAID Act, if the claimant is a Medicare Advantage and/or Part D beneficiary (or was one or during the preceding 3-year period), then CMS must provide the applicable plan[5] with the names and addresses of any such Medicare plans through the Section 111 Query.

More specifically, the text of the PAID Act states that CMS must provide the following information to the applicable plan through the Section 111 Query Process:

(I) whether a claimant subject to the query is, or during the preceding 3-year period has been, entitled to benefits under the program under this title on any basis; and (II) to the extent applicable, the plan name and address of any Medicare Advantage plan under part C and any prescription drug plan under part D in which the claimant is enrolled or has been enrolled during such period.[6]

To put this into perspective, currently, when an applicable plan submits the required Query Process data elements to CMS,[7] if the queried individual is identified as a Medicare beneficiary, the Query response only confirms that he/she is enrolled in Medicare. It does not provide any information as to the “type” of Medicare program in which he/she is enrolled.

The PAID Act will change this. Under the PAID Act, if the individual is identified as a Medicare beneficiary and is currently entitled to, or during the preceding three-year (3) period has been entitled to, Medicare Advantage and/or Part D benefits, CMS will now have to provide the applicable plan with the names and addresses of any such Medicare plan. Accordingly, applicable plans will now better identify whether a claimant is a Medicare Advantage and/or Part D plan enrollee.

What is the objective of the PAID Act?

As such, a major objective of the PAID Act is to provide insurers with the ability, as referenced above, to identify whether a claimant is (or was) a Medicare Advantage and/or Medicare Part D (prescription drug) plan beneficiary and to obtain the names and addresses of any such Medicare plans. Proponents of the PAID Act assert, in part, that this legislation will now help insurers better identify and address potential Part C and/or Part D recovery claims by allowing them to obtain entitlement and plan information in a more programmatic manner using Section 111’s Query Process.[13] Currently, there is no such centralized process or system for insurers to obtain this information. The PAID Act changes this.

When does the PAID Act go “live?”

With the PAID Act now law, the focus has shifted to how and when CMS will implement its PAID Act’s provisions. The industry will need to see exactly how CMS plans to address the technical aspects necessary to expand its Query Process and whatever related instructions and guidance it may issue regarding this change. It is unknown at this point whether CMS will release an implementation proposal to include a comment period, issue written policy directives, and/or hold informational webinars.

What is ISO Claims Partners doing?

We continue to closely monitor all developments related to the PAID Act, including waiting for C.M.S.’s next move in terms of how they plan to implement the PAID Act from a technical and policy standpoint. Once CMS issues this information, we will provide additional updates. For our Section 111 reporting customers, please note we'll update our systems as necessary to accommodate any technical changes CMS requires during the PAID Act implementation. We'll keep you posted on all developments related to C.M.S.'s technical and policy updates.

How can ISO Claims Partners help?

While we wait for CMS’s next steps, keep in mind that  ISO Claims Partners can help you manage, dispute, and resolve Medicare conditional payment claims, Medicare Advantage recovery actions, and Treasury claims. We can also help you address any Part D recovery claims you may receive.

We offer several cost-effective and proven compliance solutions to help you stay compliant and reduce your conditional payment exposure, including our programmatic CP Link. In an exciting development, as a result of the PAID Act, our CP Link service will offer an optional add-on feature to automate Medicare Advantage lien identification and resolution. This can significantly reduce the burden on claims handlers and help ensure that Medicare Advantage recovery claims are handled programmatically.

In 2019, we saved our clients $110 million in conditional payment disputes and reduced 65% of conditional payment dispute submissions to zero dollars. Our CP Link solution saved our clients over $14 million in 2019 and $11 million so far in 2020. Finally, we can also help you build practical claims protocols to address each of the Medicare compliance areas noted above.

Please do not hesitate to contact the authors if you have any questions regarding the PAID Act or any item referenced above.

[1] H.R. 8900 is entitled the Further Continuing Appropriations Act, 2021, and Other Extensions Act.

[2]  See our prior article for an overview of the PAID Act’s passage in the United States House of Representatives, which also contains links to H.R. 1375 and the BENES Act for those interested. As referenced in that prior article, the Beneficiary Enrollment Notification and Eligibility Simplification (BENES) Act of 2019 (H.R. 2477) was a larger bill containing amendments aimed at providing certain information to individuals who are approaching Medicare eligibility. The preamble of the BENES Act notes that the purpose of this bill is “to establish a system to notify individuals approaching Medicare eligibility, to simplify and modernize the eligibility enrollment process, and for other purposes.” The PAID Act provisions were contained in Section 4 of the BENES Act in a section entitled “Transparency of Medicare Secondary Payer Reporting Information.”

[5] The Medicare Secondary Payer provisions related to Section 111 reporting uses the term “applicable plan” as does the PAID Act whose provisions are being added to existing Section 111 provisions as 42 U.S.C.  § 1395y(b)(8)(G). The term “applicable plan” is defined in 42 U.S.C.  § 1395y(b)(8)(F) as follows: “the term ‘applicable plan’ means the following laws, plans, or other arrangements, including the fiduciary or administrator for such law, plan, or arrangement: (i) Liability insurance (including self-insurance). (ii) No fault insurance. (iii) Workers’ compensation laws or plans.” Outside of the Section 111 context, “insurer” or “primary payer” or “primary plan” are the commonly used terms. In this article, the authors generally use “applicable plan” in relation to those parts of the PAID Act and discussion related to Section 111 reporting; and use the more general term “insurer” outside of this context, such as when discussing Medicare Advantage recovery actions.

[6] In pertinent part, the text of the PAID Act reads as follows:

(ii) SPECIFIED INFORMATION.— In responding to any query made on or after the date that is 1 year after the date of the enactment of this clause from an applicable plan related to a determination described in subparagraph (A)(i), the Secretary, notwithstanding any other provision of law, shall provide to such applicable plan—

(I) whether a claimant subject to the query is, or during the preceding 3-year period has been, entitled to benefits under the program under this title on any basis; and

(II) to the extent applicable, the plan name and address of any Medicare Advantage plan under part C and any prescription drug plan under part D in which the claimant is enrolled or has been enrolled during such period.”

[8] The MSP’s private cause of action section, codified at 42 U.S.C. § 1395y(b)(3)(A), states as follows: “There is established a private cause of action for damages (which shall be in an amount double the amount otherwise provided) in the case of a primary plan which fails to provide for primary payment (or appropriate reimbursement) in accordance with paragraphs (1) and (2)(A).”

[14] On this point, the PAID Act states that “[i]n responding to any query made on or after the date that is 1 year after the date of the enactment of this clause from an applicable plan related to a determination described in subparagraph (A)(i), the Secretary, notwithstanding any other provision of law” the provisions of the PAID Act must be implemented.  H.R. 8900, Further Continuing Appropriations Act, 2021, and Other Extensions Act, Title III, Offsets, Sec. 1301 Transparency of Medicare Secondary Payer Reporting Information.