Medicare Secondary Payer (MSP) compliance has historically focused on the interests of traditional Medicare (that is, Medicare Parts A and B). In the wake of the recent In Re Avandia decision out of the United States Third Circuit Court of Appeals, we are now seeing an expansion of MSP compliance issues regarding Medicare Advantage Plans (MAPs) under Part C of the Medicare program.

Spurred by a number of favorable court decisions allowing MAPs to sue for “double damages” under the MSP statute, Medicare Part D plans (Part D) are now beginning to step into the recovery arena as well. The following piece provides an overview of Part D to help claims payers prepare for this ever-growing compliance area. 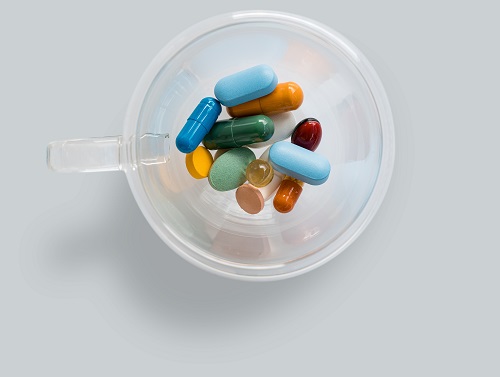 What is Medicare Part D?

Part D was added to the Medicare program in 2006 and is a voluntary outpatient prescription drug benefit plan available to all Medicare beneficiaries. Beneficiaries enrolled in traditional Medicare can purchase what is known as a “stand-alone” Part D plan, while MAP beneficiaries may purchase a plan as part of their coverage under their particular MAP program.

Similar to MAPs, Part D benefits are provided by private companies, and the scope of coverage varies from plan to plan. As of 2017, about 70 percent of traditional Medicare beneficiaries are covered under a stand-alone Part D plan.[i] Currently, there are 746 stand-alone Part D plans available, and this number will increase to 782 in 2018.[ii] Plan availability varies by region. In 2018, the majority of regions will have between 22 and 24 stand-alone plans.[iii] The stand-alone plans with the highest enrollment include SilverScript Choice, AARP MedicareRx Preferred, Humana (Walmart Rx and Preferred Rx), and Aetna Medicare Rx Saver.[iv]

As Part D plans become more active, questions emerge regarding their recovery rights. Federal statutes and regulations suggest that Part D plans have the same rights as MAPs. Specifically, 42 U.S.C. § 1395w-102(4) provides that the recovery rights afforded to MAPs “apply in the same manner” to Part D. Likewise, 42 C.F.R. § 423.462 states that the same “Medicare secondary payer procedures” that apply to MAPs under § 422.108 also apply to Part D plans. Under § 422.108, MAPs may seek reimbursement from claims payers and other parties in workers’ compensation, liability, and no-fault cases. This regulation further gives MAPs the same recovery rights as traditional Medicare under the MSP.

As for the Centers for Medicare and Medicaid Services (CMS), the agency released a policy memorandum in 2011 taking the position that Part D plans have the same recovery rights as traditional Medicare under the MSP.[v] In addition, CMS’ Medicare Prescription Drug Benefit Manual states that, “Part D sponsors will have the same responsibilities under MSP requirements as [MAP] plans, including collection of mistaken primary payment from insurers, group health plans, employer sponsors, enrollees, and other entities” and that Part D generally makes payment in workers’ compensation, black lung, no-fault, and liability claims, based on the plan’s ability to recover secondary payments if mistaken payments are later identified.

An important question to consider is whether Part D plans also have “double damage” rights under the MSP’s private cause of action provision—similar to what their MAP counterparts have been arguing and prevailing upon in certain jurisdictions over the past few years. To the authors’ knowledge, this precise issue has not yet been litigated in relation to a Part D recovery action. However, at least one court in the MAP context indicated that Part D plans would also enjoy private cause of action rights. Specifically, the Third Circuit in Avandia stated, in a footnote, that “… our holding on the meaning of the private cause of action will apply equally to private entities that provide prescription drug benefits pursuant to Medicare Part D.”  This should certainly be noted when considering Part D lien claims in the Third Circuit as well as those other jurisdictions that have cited the Avandia decision favorably (at least with respect to MAPs).

Going forward, it will be interesting see if Part D plans start to pursue private cause of action claims and where the courts ultimately come down on this issue.

Over the past year or so, Part D recovery efforts have been quickly changing. Initially, Part D plans were simply sending letters to claims payers asking them to confirm primary payer status, injury date, claimed injuries, and other claim-related information. However, the plans are now starting to send letters asserting recovery rights and providing a breakdown of alleged payments for reimbursement.

In the claims context, many of the same practical challenges that exist in dealing with MAPs also exist with regard to Part D. For example, there is no centralized database or other source that claims payers can use to identify whether a claimant is a Part D beneficiary and which plan(s) he or she has (or has had). On this point, keep in mind that beneficiaries can change plans yearly during open enrollment, which runs from October through December, creating the possibility of multiple potential Part D recovery claims across different providers. Without the means to identify coverage and providers, primary payers must resort to seeking Part D information directly from the beneficiary and then determine how best to obtain potential recovery information.

While the exact extent of Part D recovery rights may still be developing, there is certainly authority suggesting these plans possess some form of reimbursement right as noted above. Thus, claims payers need to properly address Part D recovery notices to assess what responsibility, if any, may be owed and whether grounds exist to challenge said claims. As part of this, it is important to keep in mind the potential impact the Avandia decision could have in the Third Circuit and other jurisdictions that have cited this case favorably in terms of affording MAPs private cause of action rights.[vi]

How We Can Help

We are leading the industry in addressing the growing area of Part D recovery actions. Our med-legal team understands the complex legal, medical, and practical questions involving Part D recovery claims. We can help you assess exposure, dispute Part D claims, evaluate compliance goals, and develop best practice protocols. We look forward to learning how we can help you.

[vi] The Third Circuit consists of Delaware, New Jersey, Pennsylvania, and the U.S. Virgin Islands. As for other jurisdictions citing Avandia favorably, there is the Eleventh Circuit compromising Alabama, Florida, and Georgia, as well as certain United States District Courts in Louisiana, Tennessee, Texas, and Virginia. It is not known whether the courts in these other jurisdictions would agree with the Third Circuit’s notation on Part D plans.