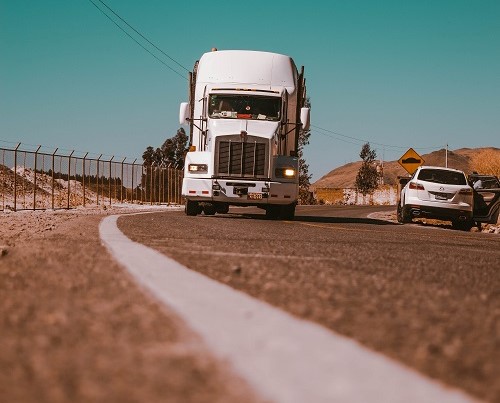 An interesting new case out of California is a reminder that payers of claims pursuant to the Longshore and Harbor Workers’ Compensation Act (“Longshore Act”) need to stay vigilant for potential “double damages” actions under the Medicare Secondary Payer (MSP) statute’s private cause of action (PCA) provision. While the employer escaped liability in this case, the PCA issue should be on the radar as these actions are on the rise.

In Grimm v. Vortex Marine Construction, 2019 WL 1605671 (9th Cir. 2019), the United States Court of Appeals (Ninth Circuit) affirmed a California district court ruling that (i) the court lacked jurisdiction to enforce a Department of Labor order since it was not “final” and (ii) the claimant was not entitled to “double damages” under the MSP statute since his claim was premature.

This decision and the larger compliance issues it raises are outlined as follows:

A long-time pile driver filed a claim under the Longshore Act for workers’ compensation and medical benefits. A Department of Labor administrative law judge (ALJ) found the claimant sustained work-related injuries. The ALJ issued an order stating the employer was to “pay or reimburse the Claimant for all medical expenses arising from the Claimant’s work-related injuries,” and to “provide treatment going forward, including the diagnostic procedures and therapies his treating physicians judge appropriate.”  The Benefits Review Board (“BRB”) affirmed the ALJ’s order.

The claimant then filed suit in the United States District Court for the Northern District of California alleging the employer’s refusal to pay for his work-related treatment wrongfully forced Medicare to do so. The claimant sought a court order enforcing the ALJ’s order and for “double damages” under Medicare’s PCA provision (42 U.S.C. 1395 y(b)(3)(A)).

After the district court granted the employer’s motion to dismiss, the claimant appealed to the United States Court of Appeals (Ninth Circuit).

The ALJ’s order was unenforceable as it was not “final”

The Ninth Circuit affirmed the district court’s ruling that it lacked jurisdiction to enforce the ALJ’s order on grounds that it was not “final.” On this point, the court recognized that enforcement action can be filed in federal court under 33 U.S.C. 921(d) in situations where an employer has failed to comply with a final order. However, the court, aligning itself with decisions from other jurisdictions, found that for an order to be “final” it must “at a minimum specify the amount of compensation due or provide a means of calculating the correct amount without resort to extra-record facts which are potentially subject to genuine dispute between the parties.”

Using this standard, the court found that the ALJ’s order was not final since it did not list an amount to be paid, provide a means for calculating what was owed, or specify any specific medical service for which the employer would be liable. As such, the court agreed that the district court properly ruled that it lacked jurisdiction to enforce the ALJ order noting that “[a] decision is not final where the extent of damage remains undetermined.”

The Ninth Circuit also affirmed the lower court’s finding that the claimant’s claim for “double damages” under the Medicare’s PCA statute was premature. Under the PCA statute, a beneficiary can recover “double damages” when a primary payer “fails to provide for primary payment (or appropriate reimbursement).”[1] The claimant argued that PCA liability applied since the employer’s refusal to pay his medical expenses wrongfully forced Medicare to do so.

However, in finding the PCA claim premature, the court stated:

[The term] ‘primary plan’ presupposes an existing obligation (whether by statute or contract) to pay for covered items or services. (citation omitted). Grimm’s MSP claim would require the district court to determine in the first instance whether [the employer] was obliged to pay for the items and services covered by a Medicare conditional payment. Until an ALJ, subject to review by the BRB and court of appeals, has found an employer liable for specific medical expenses, a plaintiff cannot demonstrate the employer’s responsibility as required by the MSP. Absent a final compensation order requiring that specific services either be paid for or reimbursed, Grimm has failed to state a claim for recovery under the MSP. (emphasis added).

The Grimm case is the latest example of an increasing number of actions for “double damages” under the MSP’s PCA statute (42 U.S.C. 1395 y(b)(3)(A). Over the past several years, the courts have been called upon increasingly to address this provision’s extent and scope from different angles and contexts.

In Grimm, the claimant’s PCA action centered on the carrier’s alleged failure to pay for the claimant’s medical expenses thereby forcing Medicare to pay. However, as noted, the court found this action premature since the ALJ’s order was not “final” and, as such, was insufficient to establish “responsibility” under the MSP statute. In this regard, Grimm resembles other recent attempts to secure “double damages” based on a workers’ compensation payers alleged failure to pay for treatment (or reimburse Medicare) when required to do so by a court order.

For example, in O’Connor v. Mayor and City Council of Baltimore, 494 F.Supp.2d 372 (D. Maryland 2007) the court ruled that a claimant had the standing to sue under the PCA provision based on the Mayor and City Council of Baltimore’s (a self-insured entity) alleged failure to pay his medical expenses per an order of the Maryland Workers’ Compensation Commission. In Estate of McDonald 107 F.Supp.3d 764 (W.D. Ky. 2015) the court levied “double damages” against the workers’ compensation carrier when the payer allegedly failed to reimburse Medicare for the claimant’s work-related medical expenses two years after the Kentucky Workers’ Compensation Board had ordered it to do so. (The court later amended its order to allow further discovery when the carrier presented more evidence showing it had been engaged with Medicare about reimbursement).

Longshore Act claims payers should keep these cases in mind as part of claims handling to help prevent similar PCA claims. Building protocols and processes to ensure that Medicare conditional payments are being proactively addressed, resolved, and reimbursed is key here to prevent potential PCA claims.

From another angle, Medicare Advantage Plans (MAPs) have been quite successful recently in obtaining favorable court rulings that they enjoy “double damages” rights under 42 U.S.C. 1395 y(b)(3)(A) similar to the federal government. Specifically, the United States Courts of Appeals for the Third Circuit (DE, NJ, PA, and US-VI) and the Eleventh Circuit (AL, FL, and GA) have ruled that MAPs can sue for “double damages” – with the 11th Circuit actually imposing such damages against the carrier.[2] Likewise, United States District Courts for Connecticut, Illinois, Louisiana, Tennessee, Texas, and Virginia have either ruled favorably for MAPs on the PCA issue or suggested that MAPs have PCA rights.[3] As the MAP dominos continue to fall in favor of “double damages,” it is critical that Longshore claims payers have a plan in place to address MAP reimbursement issues.

Longshore Act claims payers (as well as other insurers) are likely to continue to see a rise of PCA actions given the increased awareness of MSP compliance issues, questions about the PCA’s scope, and the strong incentive for potential “double damages” recovery. Having a solid MSP compliance program that addresses all compliance areas is critical to prevent PCA claims.

Longshore Act claims present unique challenges when it comes to MSA/Medicare compliance, and you must have a compliance partner that understands these nuances. We understand Longshore Act claims and can help you reduce costs and risks. We offer an array of services to help address your MSP compliance obligations – Section 111, conditional payments, MSAs, Medicare Advantage plans and more. Learn more about our Longshore program, services, and savings here.

Mark Popolizio, J.D., is vice president of MSP compliance and policy at ISO Claims Partners, a Verisk business. You can contact Mark at mpopolizio@verisk.com.