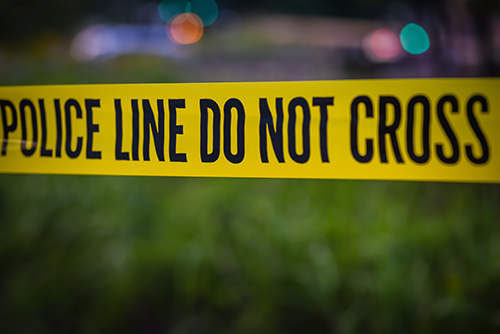 It’s a grim topic, but an unavoidable one. Active shooters (defined by the FBI as individuals actively engaged in an attempt to kill people in a public area) and mass shootings (defined here as the death of four or more people by a firearm) have become a daily fixture of the American experience. Data from the Gun Violence Archive on November 21, 2019, indicates there have been an average of slightly more than one mass shooting per day in the U.S. in 2019.

Data from the Gun Violence Archive on November 21, 2019, indicates there have been an average of slightly more than one mass shooting per day in the U.S. in 2019.

To better understand the implications of active shooters and mass shootings from an insurance and risk management perspective, the ISO Emerging Issues team collaborated with students and staff in the Risk Management and Insurance Program of the College of Business at East Carolina University (ECU). This unique pairing gave the students a chance to research and publicly present a webinar on an emerging risk while offering the ISO Emerging Issues team a chance to engage with the next generation of insurance industry talent.

According to statistics researched by the ECU students, 25 percent of mass shootings between 2009 and 2019 occurred at an office, 14.5 percent at a school, and 12.3 percent in an open space.

The ECU students also found that, beyond the human toll, mass shootings have imposed costs on taxpayers and business owners. Following the mass shooting at the Sandy Hook Elementary School, the town demolished the old school building and constructed a new facility replete with numerous safety features. The new structure cost $50 million, according to Reuters. As the New York Times reports, MGM Resorts International paid $800 million to settle lawsuits resulting from the mass shooting of concertgoers by a gunman positioned in its Mandalay Bay hotel.

As the ECU students observed, businesses and other stakeholders involved in some capacity in a mass shooting have responded with heightened security measures. The Mandalay Bay shooting, for example, was reported by CBS to have spurred several hotels to change their luggage and guest room policies, while the Miami Herald noted that Florida has extended the state’s liability coverage to armed teachers on school campuses.

To learn more about the risk management implications of mass shootings, please watch this webinar.

Andrew Blancher is Director of Commercial Auto and Emerging Issues at ISO. You can contact him at Andrew.Blancher@verisk.com.

Automating regulatory updates can mitigate a key risk for many insurers