Interview: Into the future with ADAS and vehicle autonomy

Verisk continually monitors emerging issues across the property/casualty insurance landscape, and that includes the implications for auto insurers in the development of advanced driver-assistance systems (ADAS) and autonomous vehicles. Andrew Blancher, director of commercial auto product development at ISO, recently interviewed David Zuby, executive vice president and chief research officer at the Insurance Institute for Highway Safety, on an array of issues surrounding ADAS and vehicle autonomy. Here’s the first portion of their conversation.

Andrew Blancher: Can you give us an overview of the different types of ADAS technologies and their effect on crash avoidance and reducing severity when crashes occur? 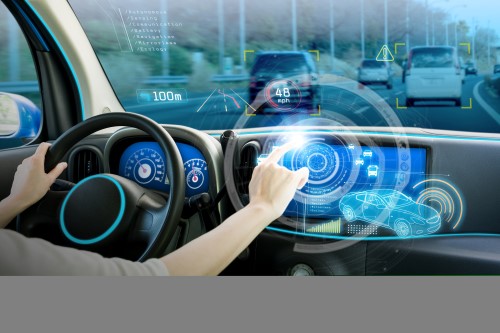 'All of the Federal Motor Vehicle Safety Standards on the books were written when no one was even thinking about cars that didn’t have drivers.'

David Zuby: We’ve been studying the effects by comparing crash rates for cars equipped with optional crash avoidance features or driver assistance features with those same year, make, and model cars that don’t have these features.

Lane departure warning and lane keeping assist usually have cameras looking forward and watching the lane lines. There are sensors that help drivers with lane changing, and blind-spot detectors and side-view assist systems that look from the driver’s position and issue visual and/or auditory warnings about vehicles in those spaces.

And for a long time, there have been cameras that look behind the vehicle to help with parking and ultrasonic sensors around the car that give warnings as the car approaches obstacles during parking maneuvers.

We generally found all of these features are reducing crashes, and that translates to reductions in claim severity for insurers, although they’re not all equally effective. We find much bigger results for systems that automate control, such as forward-collision warnings with automatic braking. And even though lane departure warning systems help avoid certain types of crashes, we don’t yet see a reduction in insurance claim frequency or severity.

David: As we progress toward automated driving, we’re going to have cars that can be used in the automated mode on certain roads or in certain areas. But when they’re not on those roads or in those areas, those drivers will have some of the benefits of driver-assistance systems we’ve been studying. Over time, the whole system moves toward a lower-risk situation, but I doubt we go from the current situation to suddenly having only fully automated vehicles.

Less than 1 percent of the current fleet has automatic emergency braking onboard, and our estimate suggests that by 2021, that figure is only going to come up to about 5 percent.

Getting the law up to speed

Andrew: The Federal Motor Vehicle Safety Standards [FMVSS] provisions or exemptions acknowledged limitations in the current regulatory framework in that it doesn’t really promote the deployment of automated vehicle innovation. Are you aware of laws and regulations that we may need to look at or could be considered in facilitating the march of new technology?

David: All of the Federal Motor Vehicle Safety Standards on the books were written when no one was even thinking about cars that didn’t have drivers. That doesn’t necessarily mean those safety standards are hurdles to implementation of automated driving, but it does require a review of how they might need to be modified. You’d certainly want computer-driven cars to offer at least current, if not better, levels of crash protection. But many of the crash protection standards were written to be judged by the application of a test, and how you run that test often has references to the driver, the driver position, the steering wheel, the pedals, and such.

If you imagine there isn’t a traditional driver’s seat with driver controls, how do you test to ensure that a person sitting in the front row, outboard-left position, is nevertheless protected in a crash—even if they’re not driving the vehicle? Those are the kinds of issues the government needs to review in the regulations—how references to drivers, driver seats, driver positions, and driver controls need to be modified to envision the absence of a human driver. The U.S. Department of Transportation is already working on this. They’ve identified a couple of other situations, such as FMVSS 114, which is a theft mitigation and roll-away prevention regulation that refers to specific key-ignition-transmission sequences. That may not be relevant in a car that’s going to find its own parking space without a human driver.

About the Insurance Institute for Highway Safety

The Insurance Institute for Highway Safety (IIHS) is a leader in the scientific study of how to prevent motor vehicle crashes and limit their severity, most prominently through its vehicle crash-testing program. IIHS also advocates for measures to promote safety on the road, including more crash-resistant vehicles, stronger laws on driver licensing and behavior, and better roadway design.

David Zuby has written numerous research papers for IIHS on topics such as the biomechanics of injury, pedestrian protection, crashworthiness, and crash investigation. Before joining the Institute as a research engineer in 1993, he was a researcher for the National Highway Traffic Safety Administration at the Transportation Research Center in Ohio.