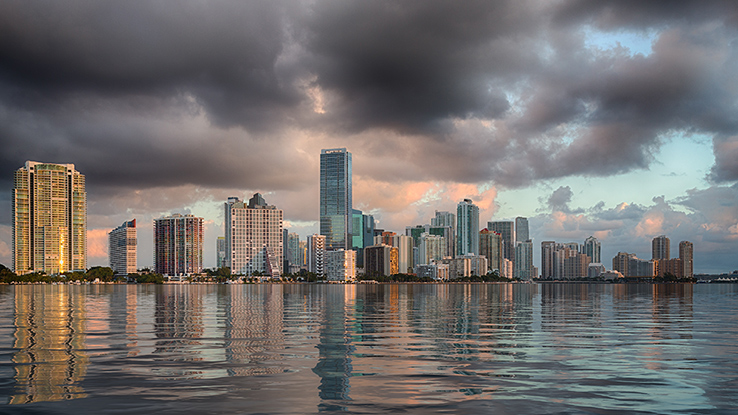 AIR conducted a research study in collaboration with the Brookings Institution and AXIS Capital Holdings to explore how climate change may affect hurricane risk in the United States, specifically related to damage to residential and commercial properties. The analysis relies on the AIR Hurricane Model for the United States, which considers wind, storm surge, precipitation-induced flooding, and AIR’s U.S. industry exposure database.

Climate change is expected to significantly impact hurricane activity in the United States, primarily through an increase in sea surface temperatures.

Climate change is expected to significantly impact hurricane activity in the United States, primarily through an increase in sea surface temperatures. While climate change is likely to affect hurricanes in multiple ways, the study focuses on two aspects: The increase in frequency of the strongest storms; and additional storm surge flooding due to sea-level rise. The results of the analysis show that increased event frequency and sea level rise will have a meaningful impact on future damage.

Jonathan Schneyer is a risk consultant at AIR Worldwide at Verisk.