It is no secret that high Workers’ Compensation Medicare Set Aside (WCMSA) allocation amounts can complicate claim settlement. The culprits can range from the Centers for Medicare and Medicaid Services’ (CMS) policies and approaches to how drugs are priced. However, understanding the drivers and how to challenge them can go a long way to reducing WCMSA allocations, getting your WCMSA approved, and settling claims. With this information you can arm yourself to gain control in significantly reducing WCMSA costs. Take the path to lowering WCMSAs by following five steps.

Step 1: See the big picture: Have a game plan

The first step in reducing WCMSA costs is to develop a plan for success from day one. Make sure your accepted and denied conditions are clearly delineated and which treatments are reasonable and acceptable. Identify potential cost drivers and outstanding issues, and develop a strategy on how to handle these issues. 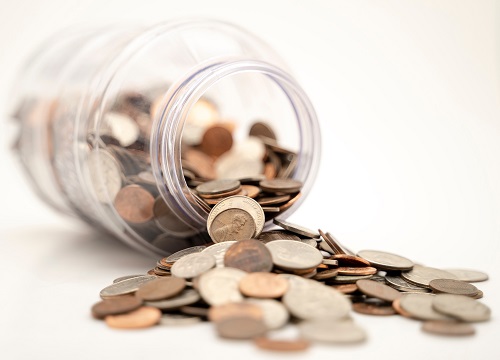 There are significant benefits in planning from day one, rather than waiting until you get closer to settlement. First, you will have more time to work your plan and obtain the necessary information and documents. Second, you can reduce mistakes, which can be virtually impossible to undo later, such as paying for a denied treatment or condition. Next, early planning can yield savings throughout the life of the claim, thereby reducing overall costs. By starting early not only can you prevent delays in getting case settled, but it can also help ensure that cost mitigation opportunities are not missed.

Step 2: Watch what is being paid for

One of the easiest ways to reduce WCMSA costs is to be careful to only pay for accepted treatments and conditions. When CMS reviews a WCMSA, they consider payment for a treatment or a condition as an acceptance of responsibility, absent a subsequent court order to the contrary. Thus, it is important that you make sure no payments are made for denied or unrelated conditions. Similarly, you should also make sure no payments are made after receiving a court order stating that these treatments are unrelated. Finally, in the context of fully denied claims, you must make sure there are no payments issued outside of med-legal exams since CMS, with few exceptions, will reject approval of zero Medicare Set Aside (MSA) if there are payments unrelated to med-legal exams.

Step 3: Take control of prescriptions: Reducing RX costs may be easier than you think

Prescriptions costs are almost always a main WCMSA cost driver. However, the good news is that there are a few relatively simple things that you can do to drive down medication costs. First, pay attention to the availability of generic alternatives. Generic versions of common medications found in workers’ comp claims, such OxyContin (Oxycodone), Topamax (Topiramate), and Protonix (Pantoprazole) can range from $2.00 to $15.00 less per pill. For example, under current Medicare pricing, a claimant with a 20-year adjusted life expectancy taking four 25mg Topamax a day that switches to Topiramate would reduce WCMSA costs by close to $200,000.

Another consideration is prescribed dosage. Surprisingly, many times medications are not priced consistently between doses. So, while you would assume a 60mg dose of a medication should cost roughly twice as much the 30mg dose of the same medication, instead it ends-up being four or five times more expensive. As a result, simply replacing one 60 mg pill of a medication with two 30mg pills of the same medication can cut the cost of the medication in half, while not reducing the amount of the medication the claimant should be receiving. As common as some of these medications are, the impact can be huge. The author has seen individual situations where a single claims payer could have achieved WCMSA savings of over $6.5 million by simply changing the doses of a single medication.

Even further, identifying combination drugs can help drive down costs of the WCMSA. By prescribing the two (or more) drugs that make-up a combination drug can yield tremendous savings. For example, by prescribing Famotidine and Ibuprofen (of which Duexis is comprised) you can save over $25.00 per pill. In a case where a claimant has a 15-year life expectancy and taking three Duexis a day, the WCMSA would be reduced by over $530,000. Similar savings can be achieved with other combination drugs commonly found in workers’ comp claims, such as Percocet, Vimovo, or Norco.

Step 4: Clean up the medical records

Another easy fix in many files is cleaning up medical records. Often times the treatment records have dangling treatments options that are no longer needed, but without clarification CMS will simply default to allocating for them. This could result in surgeries, medications, and other high-priced treatments being included in the WCMSA that are no longer relevant or needed. This can be resolved by parties working together to get written clarification from the treating physician as to which treatments are active and which have been discontinued (or are no longer necessary).

Step 5: Fight back: Yes, you can challenge CMS!

A common misconception is that once CMS issues a decision, the parties are then held to the decision. In some instances, this may not be the case. Notably, in July 2017 CMS introduced its new Amended Review process which now allows parties to request an updated decision of prior CMS decisions with medical evidence post-dating the WCMSA submission date in certain situations. This new process could help parties get unsettled cases caught in higher than expected WCMSA approval amounts back on track for settlement. CMS’ Amended Review process applies to claims where CMS issued a decision in the past 1-4 years and where the updated records support a reduction (or increase) in the WCMSA of 10 percent or $10,000, whichever is greater. If the treatments line up correctly, this new policy can result in significant savings in cases where the original MSA was approved, the claimant’s treatment has reduced significantly.

Remember that you can challenge CMS using its re-review process. This process is applied to where either CMS made a mistake in including a treatment, calculating the rated age, or identifying the correct pricing, or there are facts that existed, but where unknown to CMS, at the time the original MSA was submitted. ISO Claims Partners’ has used the re-review process over the years to successfully remove DMEs that were not needed, adjust prescription frequencies, remove medications not covered by Medicare, exclude surgeries that were not needed, and correct incorrect rated ages along with many other reductions. In a recent case the removal of a single medication included by CMS, but which was not actually covered by Medicare, reduced the WCMSA by almost $500,000. And, in 2017 ISO Claims Partners saved clients over $6 million in re-review savings.

The above five approaches merely scratch the surface of the type of strategic options available to help reign in WCMSA costs. And, these strategies are very workable with a coordinated plan of attack. The next time you see a major cost driver on a claim don’t settle and chart a strategic course to drive those costs down. In the end this will help you reduce costs, make more funds available for settlement, and close out cases.

Brian Cowan is Vice President of Administration Services at ISO Claims Partners, a Verisk business. You can contact Brian at bcowan@verisk.com.