Over the past several months, members of Congress and state attorneys general have written to U.S. Attorney General Jeff Sessions seeking clarity about business website compliance with the Americans With Disabilities Act (ADA).

The Department of Justice (DOJ) recently responded, but, according to Sayfarth Shaw, a law firm that follows and reports on ADA issues, its answer sheds little light on the issues being discussed: “DOJ is essentially putting the ball back in the Congressional court, where little is likely to happen.” 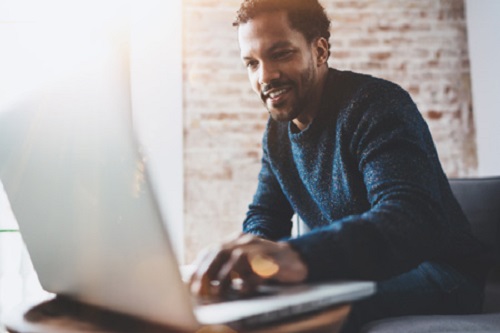 'It is not clear whether the ADA applies to websites. This leaves businesses and property owners unsure of what standards ... govern their online services.'

The exchange began on June 20, when 103 Congress members of both parties sent a letter to Sessions to ask the DOJ  to provide “guidance and clarity with regard to website accessibility” under the ADA.

The letter expressed concern about lawsuits affecting “businesses of every shape and size throughout the country.” It alleged that “in most cases these suits are filed for the purpose of reaching a financial settlement and do little or nothing to improve website accessibility.”

Subsequently, attorneys general from 19 states also wrote to Attorney General Sessions requesting that “the DOJ issue a proposed rule to provide exact standards” of how the ADA applies to “web accessibility, and provide any guidance in the interim.”

Then, in a communication dated September 4, six senators wrote to Attorney General Sessions expressing similar concerns regarding the applicability of the ADA to business's websites. The letter stated: “Right now it is not clear whether the ADA applies to websites. This leaves businesses and property owners unsure of what standards, if any, govern their online services.”

The senators  “respectfully urge the Department to promptly take all necessary and appropriate actions within its authority to resolve the current uncertainty.”

They also requested a DOJ briefing by no later than September 28.

These lawsuits generally allege that the businesses’ sites aren’t sufficiently accessible to vision- or hearing-impaired users and fail to provide assistive technologies, in violation of Title III. Title III provides that “no individual shall be discriminated against on the basis of disability in the full and equal enjoyment of the goods, services, facilities, privileges, advantages, or accommodations of any place of public accommodation by any person who owns, leases (or leases to), or operates a place of public accommodation.”

Some of the suits also allege violation of Title I of the ADA and similar state employment laws, claiming online job application portals are not accessible to vision-impaired people, preventing them from identifying or applying for positions.

Another issue, regarding the “uncertainty in the law,” is whether a website should even be considered a “place of public accommodation” under Title III. Courts have ruled differently as to what connection, if any, must exist between a physical place of business and business conducted or information provided by a website for Title III to apply.

The letter from the state attorneys general noted: “A clear indicator of the lack of guidance under the ADA regarding web accessibility is the significant split among the courts over the proper standard for web accessibility, including whether websites should even be considered places of accommodation.”

The letters point out that Title III spells out the general principle and allows for private legal actions, and that the DOJ is responsible for oversight.  The DOJ, however, has not issued regulations concerning website accessibility and has withdrawn its notice of proposed rulemaking regarding accessibility guidelines.

Without the DOJ rule, the standard generally adopted is the latest version of the Web Content Accessibility Guidelines (WCAG) published by the Web Accessibility Initiative of the World Wide Web Consortium. In their letter to Attorney General Sessions, Congress members cite the U.S. District Court for the Central District of California in Domino’s Pizza v. Robles, saying they agree with the court when it held that “impos[ing] on all regulated persons and entities a requirement that they ‘compl[y] with the WCAG 2.0 Guidelines’ without specifying a particular level of success criteria and without the DOJ offering meaningful guidance on this topic…flies in the face of due process.”

The letter from Congress members and the letter from the state attorneys general point out that the suits target companies of many types, sizes, and locations. Because some cases target small businesses, not just large ones with “deep pockets,” one concern is whether small businesses have the resources to address these exposures. Given the uncertainty in the law, these businesses are often forced to pay the demand letter or settle the case. This drives up the cost of doing business, while providing no clear benefit to individuals the ADA is meant to protect.”

On September 25, the DOJ responded to the original letter from Congress. The DOJ letter state that “the Department is evaluating whether promulgating specific web accessibility standards through regulations is necessary and appropriate to ensure compliance with the ADA.”

The DOJ letter invites Congress to address these concerns legislatively: "Given Congress' ability to provide clarity through the legislative process, we look forward to working with you to continue theses efforts."

The letter further states that, "Absent the adoption of specific technical requirements for websites through rulemaking, public accommodations have flexibility in how to comply with the ADA’s general requirements of nondiscrimination and effective communication. Accordingly, noncompliance with a voluntary technical standard for website accessibility does not necessarily indicate noncompliance with the ADA."

Sayfarth Shaw notes that this may mean a business can still be in compliance with Title III but not meet the current WCAG guidelines.

“This is helpful,” Sayfarth says, “to at least know this issue has not fallen totally off DOJ’s radar.”

What can businesses do?

These developments, the uncertainty they reflect, and the costly exposures businesses could face underscore the importance of employment practices liability (EPL) insurance coverage. Because website accessibility claims fall under coverages that may be provided by EPL insurance, businesses should consider discussing this exposure with their insurance agents.

Brian Seligman leads E&O and D&O product development at Verisk. You can contact Brian at BSeligman@verisk.com.