The United States Department of Justice (DOJ), United States Attorney’s Office for the Middle District of Pennsylvania has issued a news release reporting it has settled with a plaintiff law firm. The firm has agreed to pay $53,295.00 to reimburse Medicare conditional payments arising from the settlement of a tort action. This settlement resolved a six-year dispute regarding the proper amount owed to Medicare from this settlement.

To help provide a broader perspective to the DOJ’s settlement, the author gives a general overview of this interesting (and involved) matter as follows: 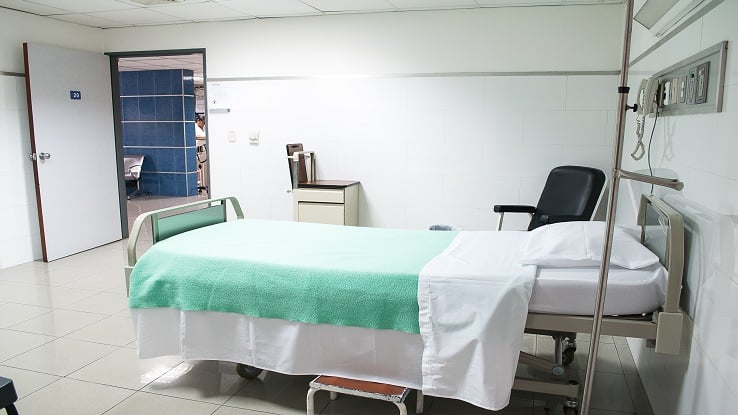 This case arose from a July 2011 incident in which a pharmacy allegedly dispensed an incorrect prescription to a Medicare beneficiary (the law firm’s client). This resulted in this individual being hospitalized for approximately two months resulting in approximately $100,000.00 in bills.[1] Medicare paid $84,353.00 toward these bills.[2] In March 2013, the law firm filed suit against the pharmacy and a dialysis center.[3]

As part of the settlement discussions, the law firm contacted CMS to request its conditional payment amount. CMS initially indicated its charges were $725.00 and, in 2014, subsequently advised this amount had increased to $1,212.00.[4]  Of note, the initial amounts provided by CMS did not include roughly $80,000.00 in charges incurred approximately three years earlier and paid by Medicare two years earlier.[5] In light of these facts, and relying on $1,212.00 being the full amount of Medicare’s lien,[6] the law firm settled with the defendant pharmacy for $225,000.00 in July 2014.[7]

In August 2014, after being notified of the settlement, CMS advised its conditional payment charges were $84,353.00.[8] Reducing this figure by the law firm’s attorney’s fees, CMS demanded reimbursement of $53,295.00 from the law firm.[9]

After receiving Medicare’s demand for $53,295.00, the law firm sent a letter to CMS challenging this claimed amount on grounds the parties relied on CMS’s earlier indication its charges were $1,212.32 in settling.[10] CMS rejected this argument and provided information regarding the right to file a formal administrative appeal under Medicare’s five-level administrative appeals process.[11] The law firm eventually filed for reconsideration with the Qualified Independent Contactor (QIC), the second level of Medicare’s appeals process.[12] However, the QIC dismissed the firm’s appeal on grounds it was received “well after” the 180-day filing deadline.[13]

After that, the firm, on behalf of the beneficiary’s estate, filed an action against CMS in federal court as reported in Trostle v. Centers for Medicare and Medicaid Services, 2016 WL 6082131 (M.D. Pa. Oct. 17, 2016). As part of this action, the estate did not dispute the claims listed by Medicare were related correctly to treatment rendered to the beneficiary’s claim, nor did the estate dispute Medicare’s final lien amount of $53,295.14 was an accurate figure compared to the beneficiary’s treatment.[14] Instead, the estate, in part, advanced arguments based on equitable claims of unjust enrichment, estoppel, and waiver on grounds CMS failed to properly update its letters and website. causing the parties to rely on inaccurate information in settling the claim.[15] CMS moved to dismiss the estate’s action, in part, on grounds the court lacked subject matter jurisdiction to hear the claim since the estate had failed to first fully exhaust administrative remedies.[16]

The district court agreed with CMS and dismissed the claim. An appeal to the United States Third Circuit Court of Appeals followed with the appellate court affirming the district court’s ruling in Trostle v. Centers for Medicare and Medicaid Services, 709 Fed. Appx. 736 (3rd Cir. Oct. 5, 2017).

The federal government filed a separate federal court action against the law firm which, as noted in DOJ’s new release, was docketed as U.S. v. Richard C. Angino, et. al., Civ. No. 3:17-1193 (M.D. Pa). The settlement announced by the DOJ in its news release relates to this action.

As part of this action, the government moved for summary judgment which came before the court in U.S. v. Angino, et. al., 2019 WL 931695 (M.D. Pa. Feb. 26, 2019). In this action, the government argued CMS was entitled to recoup the full amount of Medicare’s payments, $84,353.00, plus interest as it was forced to file suit since the law firm failed to tender reimbursement. The government claimed that, pursuant to 42 C.F.R. § 411.37(e),[17] attorney’s fees did not need to be deducted from Medicare’s demand amount since it was forced to file suit to effectuate recovery.[18]

In response, the law firm argued the government, at most, was entitled to its original demand amount of $53,295.14 – which it alleged it was agreeable to paying.[19] On this latter point, the firm argued the government did not need to file its suit alleging following the Third Circuit’s  rejection of its appeal it had been willing to pay the original demand amount of $53,295.14 and it had actually set this amount aside prior to distributing the settlement funds, but the government decided to pursue litigation.[20] Further, the firm argued if Medicare were allowed to seek sums beyond the original demand, this would raise questions of fact regarding who would be required to tender these additional monies.[21]

The court ultimately agreed with the firm and denied the government’s summary judgment action finding “a question of fact exists as to whether or not [the government] had to pursue litigation to collect the amount due and justify raising that amount.”[22]

Keeping the above factual and procedural overview in mind, on August 21, 2020 the DOJ issued a news release announcing the law firm, and DOJ had settled this on-going dispute. As part of this settlement, the law firm agreed to reimburse Medicare $53,295.00 (which the author notes is the amount CMS originally demanded back in August 2014).

Per the DOJ’s news release, under the terms of the settlement, the law firm agreed to pay $19,545.15. In contrast, Bio-Medical Applications of Pennsylvania (one of the named defendants) paid the government $33,750.00, set aside in escrow from the underlying settlement.[23] The DOJ’s news release further indicates “[t]he settlement agreement is not an admission of liability by any of the parties, but it does result in the Medicare Program being reimbursed the funds it expended for the client’s treatment.”

From a more global perspective, this matter brings into focus a few interesting considerations. On one level, it is important to keep in mind the conditional figures issued by CMS pre-settlement are just interim figures that could change (sometimes considerably) once CMS issues its “final” demand upon being notified a settlement has been reached. Thus, relying on interim conditional payment amounts in a settlement could become problematic if it is not understood these are not Medicare’s final numbers and these figures could increase once CMS issues its final demand. This is apparently what happened in the matter outlined above. Paying close attention to CMS’s correspondence is critical as it typically indicates its interim figures are not final.[24] This is, in turn, raises certain issues such as ensuring there are safeguards in place as part of the settlement to ensure there are sufficient funds available to reimburse Medicare’s final demand, and how the parties will handle that aspect as part of the settlement.[25]

It is also important to remember CMS can pursue different parties to obtain a recovery. In the matter discussed above, Medicare directed its recovery efforts at the plaintiff and the plaintiff law firm, which is CMS’s typical course in personal injury actions. However, notwithstanding what CMS’s standard practices may be, it is important to note primary payers are not necessarily off the hook, as they can also face liability under the MSP for conditional payments. For example, Medicare can elect to pursue the primary payer in situations where the claimant has failed to reimburse Medicare, even though the payer has already reimbursed the claimant per 42 C.F.R. § 411.24 (i).[26] On this latter point, CMS, in relation to the matter outlined above, could have conceivably decided to seek reimbursement directly against the defendant pharmacy under this regulation. In addition, Medicare can sue the primary payer for “double damages” where the primary payer fails to provide for primary payment or appropriate reimbursement.[27]

From another angle, this matter also reminds us of the importance of exhausting Medicare’s five-level administrative appeals with conditional payment challenges.  As noted above, the court refused to hear the law firm’s challenge since it failed first to exhaust all administrative appeals process levels. While the author is not suggesting the court would have ruled in the firm’s favor if it had proper jurisdiction to hear its dispute, the larger point is courts, in most instances, will require exhaustion of administrative appeal requirements before reviewing a party’s conditional payment dispute. Thus, filing timely appeals through the formal appeals process is critical to challenging Medicare conditional payment claims.  See our recent article to learn more about this issue.

Finally, this latest DOJ announcement comes on the heels of other recent DOJ settlements with plaintiff law firms to resolve for conditional payment reimbursement claims. Earlier this year, the DOJ for the Eastern District of Philadelphia settled with a plaintiff law firm for $6,604.59. In 2018, this same DOJ office settled for $250,000.00 with another personal injury firm. Similarly, in 2019 the DOJ for the District of Maryland settled for $250,000.00 with a Baltimore personal injury firm. Thus, this may indicate these DOJ offices may be keeping a close eye on Medicare recovery claims.

How we can help address and reduce Medicare recovery claims

[17] This regulation states as follows: CMS incurs procurement costs because of opposition to its recovery. If CMS must bring suit against the party that received payment because that party opposes CMS’s recovery, the recovery amount is the lower of the following: (1) Medicare payment. (2) The total judgment or settlement amount, minus the party’s total procurement cost.

[20] Id. at *4. Regarding the firm’s assertion that the government decided to file its suit after the Third Circuit’s ruling, the court noted that from its review of the docket, the government had actually filed its suit before the Third Circuit issued its decision dismissing the estate’s dispute.  United States v. Angino, et. al, 2019 WL 931695, n. 1.

[24] On this point, the Government in its motion for summary judgment alleged that the correspondence sent to the law firm alerted the firm to the fact that the figures were an “interim amount” and that it was still reviewing “medical claims” related to the beneficiary’s case. See, the U.S.’s Plaintiff’s Statement of Material Facts, No. 3-17-1193, Document 37, filed August 14, 2018.

[25] From a wider view, the parties’ inability, in most instances, to obtain Medicare’s “final” conditional payment amount prior to settlement, continues to create challenges. A complete review and discussion into this key issue is beyond the scope of this article. However, in general, ideally knowing Medicare’s “final” demand figure before settlement would help parties determine their exact liability for conditional payments, which, in turn, would simplify the settlement and reimbursement processes. On this point, it is noted that, per the SMART Act, CMS implemented a procedure which, in concept, provides an opportunity to obtain Medicare’s “final” conditional payment figure before settlement. See 42 C.F.R. § 411.39(c).  However, from the author’s observations and discussions with practitioners, this process has not proven all that workable for various reasons.