For most people, a home is their most valuable and prized possession. As such, homeowners have a pretty good idea of what it’s worth, often based on their perception of current market value. Most insurers and agents are comfortable explaining why market value is not the same as a replacement cost estimate, but a property owner still may not be satisfied, particularly if a replacement cost estimate is higher than expected. 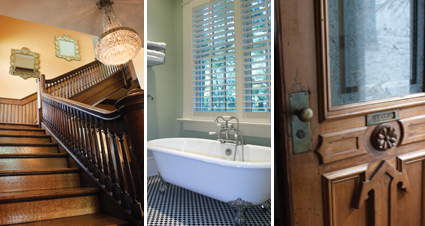 Properties typically cost more to replace than build. In most cases, the older the home, the more it costs to replace.

In such cases, it may be helpful to explain two unique factors that influence residential replacement cost estimates. First, properties typically cost more to replace than to build. Second, in most cases, the older the home, the more it costs to replace.

All reconstruction projects, regardless of the home’s age, may result in differences that increase costs compared with new construction. Most of the differences relate to economies of scale, site accessibility, and customer service.

Research from Xactware, a Verisk Analytics company, shows that, on average, accessibility and customer service add 5 to 10 percent in labor costs to a reconstruction project, and the inability to plan ahead adds to both labor and materials costs.

In addition to the standard differences between new and reconstruction costs, insurers and property owners need to consider other factors that influence replacement costs for older homes.

Residential reconstruction has changed significantly over the years as advances in building materials and construction techniques have increased efficiency and reduced costs. For example, homes built before 1920 likely contain custom-designed and crafted interior features, because commercial manufacturing of building materials wasn’t common at the time. Today, most interior finishes are available at local building supply stores.

The intent of replacement costs is to estimate the cost to rebuild a structure to its original state using the same materials. For homes built before 1920, this often means replicating custom interior features, which greatly adds to reconstruction costs compared with current building practices.

Today, homes are sheathed with a combination of plywood or oriented strand board (OSB, also commonly called wafer board) and insulated panels. Plywood and OSB provide the same structural value for sheathing walls and roofs; builders will often choose the material that’s more economical at the time of construction. Before 1940, plywood wasn’t available, so exterior walls and roofs were sheathed using 1x8 material installed in a diagonal pattern to provide structural support. The 1x8 sheathing is considerably more expensive than plywood because of higher material and installation costs. For homes built before 1940, actual replacement cost estimates factor in use of 1x8 materials for wall and roof sheathing; functional replacement cost estimates factor in plywood or OSB.

Most homes built before 1945 included interior finishes such as hardwood floors and walls of lath and plaster, which builders typically no longer use because of the high cost of labor and materials. Today, hardwood floors are typically installed only in higher-end homes. Walls in nearly all new homes use a gypsum board material (drywall or Sheetrock). Lath and plaster is still in use today, but in limited regions of the country or in high-end or historic homes. The actual replacement cost to rebuild walls in homes constructed in or before 1945 is typically higher than for homes built during or after 1946.

Those are just a few examples that demonstrate why replacement cost estimates for older homes are typically higher than newer homes. Differing homeowner preferences and insurer approaches affect the way each carrier addresses increased costs to replace structures.

As insurers compete to add and maintain policyholders, satisfying customer questions and concerns about their home’s replacement cost estimate may be a deciding factor.

Actual replacement costs for older homes rely heavily on accurate year-built information to determine a reliable estimate. To develop the estimate using current building techniques and materials, the functional replacement cost estimate replaces the year built with the current year. 360Value® from Verisk Underwriting offers the functional replacement cost option for any property built before 1986, when almost 70 percent of housing in the United States was constructed. Below is the breakdown by year built for all housing units in the United States.

360Value uses Xactware technology and research to generate residential and commercial reconstruction costs based on extensive material and labor cost surveys of 430 regions in the United States, annual analysis of more than 3 million actual damage-repair estimates, and real-time feedback from tens of thousands of Xactimate® users in the field. Xactimate is a system for estimating the cost of repairs and reconstruction. 360Value allows users to tailor replacement cost calculations based on age, finishes, type of building materials and techniques, and reconstruction method selected (actual or functional).