In a broad ruling released on August 8, the Eleventh Circuit Court of Appeals expanded the rights of Medicare Advantage Organizations (MAOs) to use federal court to sue primary payers and receive double damages. In addition to opening the doors of federal court to Medicare Advantage Plans (MAPs), the court, in Humana Medical Plan Inc. v. Western Heritage Insurance Co., ruled that any recovery by an MAO must be in double damages—creating even more leverage for MAOs dealing with non-group health plan payers. What happened in Humana v. Western Heritage, and what does it mean for insurers in the Eleventh Circuit and countrywide?

Humana v. Western Heritage began in south Florida when a Humana Medicare Advantage enrollee was injured in a fall at a condominium complex. That plaintiff sued and eventually settled with Western Heritage for $115,000. (A recap of this case can be found here.) When Humana had difficulty recovering from either of the parties, it sued Western Heritage in the United States federal court for the southern district of Florida. 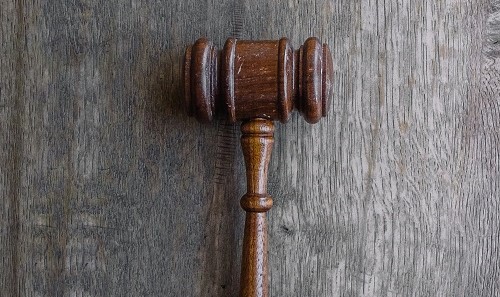 With the Third Circuit decision In re Avandia in its pocket, Humana argued that the plain language of the Medicare Secondary Payer (MSP) statute afforded it a broad right to use federal court to recover funds it paid on its enrollee’s behalf. In addition, Humana argued that the MSP provisions mandated that any recovery be in the form of double damages and that the court had no discretion to allow Western Heritage to pay a lesser amount, even though Western Heritage had tendered payment. The District Court agreed with Humana, setting the stage for this appellate decision.

How did the Eleventh Circuit come to agree with Humana? After laying out the background of provisions related to MAO recovery, the Court explored MAOs’ rights related to MSP. Just as the Third Circuit did in In re Avandia, the Eleventh Circuit evaluated the plain language of the MSP to conclude that MAOs had a broad and unambiguous right to sue primary payers in federal court.

The court starts from a straightforward premise: “42 USC 1395y(b)(3)(A), the MSP private cause of action, grants private actors a federal remedy when a primary plan fails to fulfill its payment obligation, thereby undermining the secondary-payer scheme created by paragraph (2)(A).” Despite Western Heritage’s argument that the MSP private cause of action provision was limited to payments made by “the Secretary [of Health & Human Services]”—or Medicare—the Eleventh Circuit concluded that the MSP broadly “enables a plaintiff to vindicate harm caused by a primary plan’s failure to meet its MSP primary payment or reimbursement obligations,” including those obligations pursued by MAPs.

The court reviewed existing regulations and focused on 42 CFR 411.24(i)(1). Pursuant to that (rarely cited) provision, if a beneficiary or attorney has not reimbursed Medicare for conditional payments within 60 days, the insurer must reimburse Medicare even though it has already paid the beneficiary or attorney for the payments at issue. The court explained that “sixty days after Western tendered the settlement to the [plaintiffs] and their attorney, because no party reimbursed Humana, Western became obligated to directly reimburse Humana.”

Once that obligation was not fulfilled, the only question became how to assess damages.

The court concluded that the private cause of action provision mandated that any recovery be in the form of double damages. The court explained that “unlike the Government’s cause of action, the private cause of action uses the mandatory language ‘shall’ to describe the damages amount.” This ruling differs with at least one lower court ruling out of the eastern district of Louisiana, Collins v. Wellcare Health Plans, Inc., that determined that double damages required an “active dereliction of duty” in order to be imposed. In contrast, the Eleventh Circuit ruling now mandates the imposition of double damages.

Humana v. Western Heritage is a critically important decision. At this point, two circuit courts of appeal have tackled the question of whether an MAO can use federal court to pursue double damages against primary payers—and both have agreed that a private cause of action exists. Insurers in the Third Circuit of Pennsylvania, New Jersey, and Delaware—as well as those in the Eleventh Circuit of Florida, Georgia, and Alabama—should closely review protocols for handling claims with Medicare beneficiaries and update them as necessary. The Eleventh Circuit arguably went a step further by mandating double damages in any recovery achieved by an MAO, warranting even deeper scrutiny of claims involving a Medicare beneficiary.

Are you proactively seeking to ferret out claims involving Medicare Advantage? Are you taking the initiative to identify MAO payment amounts before settlement? Are you actively engaging with MAO plans in those states? If you weren’t taking such precautions before, you should begin doing so now. For insight as to where your jurisdiction lies, visit our interactive map, which is constantly updated as decisions are handed down from the courts.

We have been closely following the MAO private cause of action issue for the last five years. We’ve developed custom MSP compliance programs specifically to address dealing with MAOs and mitigating exposure in this critical area. For more information about how we can help you proactively address these issues, cut claim costs, and mitigate risk, please contact Shawn Deane at sdeane@verisk.com or 978-825-8158. For specific questions about how this ruling affects the Eleventh Circuit and Florida in particular, please contact Mark Popolizio at mpopolizio@verisk.com or 786-459-9117.

Rob Lewis is president of ISO Claims Partners, a Verisk business. You can contact Rob at rlewis@verisk.com.