A team from Verisk's Atmospheric and Environmental Research (AER), Massachusetts Institute of Technology (MIT), Microsoft Research, and Stanford University published an opinion article in WIREs Climate Change on the benefits of applying machine learning to the practice of subseasonal-to-seasonal (S2S) weather prediction. The team went on to develop machine learning techniques for forecasting temperature, which won first place in a contest sponsored by the United States Bureau of Reclamation (USBR).

The opinion article was also coauthored with scientists from Harvard University, the Potsdam Institute for Climate Impact Research in Germany, and the Vrije Universiteit Amsterdam. In the article, the authors argued that statistical techniques have been almost completely phased out of S2S prediction, and advances in the field often referred to collectively as “machine learning” are being ignored at the large government forecast centers around the globe. Instead, the operational forecast centers exclusively rely on dynamical models. However, the dynamical models have serious flaws that compromise their forecast accuracy, placing a ceiling on the accuracy of weather prediction beyond a week. 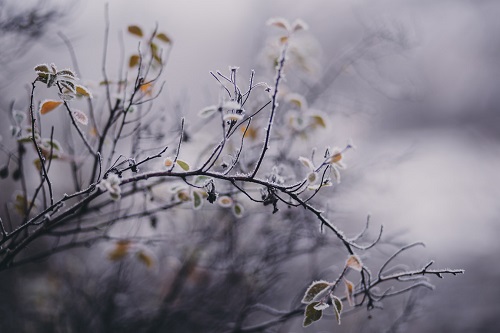 'Here at AER, we’ve been using statistical models and traditional techniques to predict temperature and precipitation across the globe for a couple of decades, but the model has lower accuracy in the western U.S. By using novel machine learning techniques, we were able to overcome previously known forecast deficiencies.' — Lead author Judah Cohen, director of seasonal forecasting at AER and visiting scientist, MIT department of Civil and Environmental Engineering at MIT.

The authors argue that advances in S2S prediction can be achieved relatively quickly and inexpensively by incorporating machine learning in S2S prediction to complement the dynamical models. The authors supported their argument by demonstrating improved temperature and precipitation forecasts for Europe using hierarchical clustering compared to state-of-the-art dynamic models. Finally, the authors argued that last winter’s relatively poor winter temperature forecasts across the Northern Hemisphere resulted from their inability to simulate correctly the influence of the polar vortex on the weather, something that is better represented in statistical models.

While writing the article, the group of authors from AER, MIT, Microsoft, and Stanford also competed in a Subseasonal Climate Forecast Rodeo competition to predict in real time the temperature and precipitation anomalies two to six weeks in advance in the western United States. The USBR and the National Oceanic and Atmospheric Administration (NOAA) managed the contest. The team won first place in three of the four temperature forecasting categories and beat the operational long-range weather forecasting model used by the U.S. government.

Machine learning development for the competition was spearheaded by Stanford Ph.D. students Jessica Hwang and Paulo Orenstein and Microsoft researcher Lester Mackey. According to Mackey, the model forecasts will be expanded to cover the contiguous United States and ultimately the entire Northern Hemisphere.

Read the article: S2S reboot: An argument for greater inclusion of machine learning in subseasonal to seasonal forecasts.