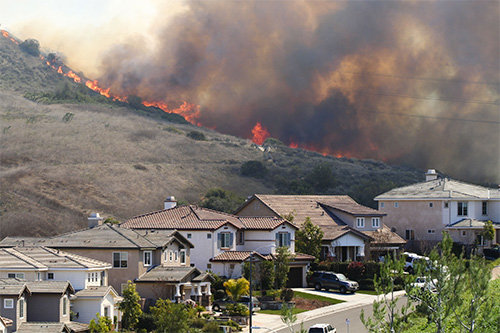 Major wildfires have made their way through California for the third consecutive year, spurred by historic and at times hurricane-force winds along with severe drought conditions. With rebuilding efforts still underway in recently impacted communities, it’s not yet clear how the repercussions of damage to California properties will affect the insurance industry.

Properties in Butte, Ventura, and Los Angeles Counties, which experienced the lion’s share of damage, are still in recovery one year later.

At the one-year anniversary of the Camp Fire—the deadliest and most destructive wildfire in California’s recorded history—we took a deeper look into construction activity across the state and shifts in housing activity after recent wildfires.

Rebuilding continues after the Camp and Woolsey Fires

Housing activity in California has experienced a steady year-over-year decline in 2019 across both new and existing construction, according to a recent analysis by BuildFax™, a leading provider of property condition and history, which was recently acquired by Verisk™. This is due, in part, to rising housing prices and growing affordability concerns. However, this is not the case in areas affected by the 2018 Camp and Woolsey Fires. Properties in Butte, Ventura, and Los Angeles Counties, which experienced the lion’s share of damage, are still in recovery.

Unless wildfire frequency and severity slow over the next few years, California property insurers will have to contend with the increased likelihood of wildfires occurring and how that may affect their books of business.

Through Verisk’s analysis, nearly 4.5 million U.S. households were identified at high or extreme risk of wildfire, with more than 2 million households in California alone, based on housing unit figures derived from the latest information on address locations and existing U.S. Census information. It’s impossible to predict wildfires, but location-specific environmental characteristics play a significant role in determining the level of exposure to wildfire hazard.

With deeper understanding of the variables affecting the likelihood and severity of wildfires, it’s possible for insurers to underwrite and manage wildfire exposure with greater context. Knowing how the various risk attributes affect each location can help insurers align their exposure to risk tolerance—and, in cooperation with policyholders, potentially reduce that risk.

Verisk’s recent acquisition of BuildFax adds yet another component to its robust wildfire product suite.

Jonathan Kanarek is the managing director of BuildFax.

Are you suffering from wording leakage? Discover the forms management cure