Why did Northeast lead U.S. in reconstruction cost hikes?

In this second installment of our continuing series examining reconstruction cost increases during the 2012–2016 national housing recovery, we examine activity in the Northeast in greater detail to understand why the region experienced the largest spike in reconstruction cost growth. (Also read the article introducing the series.) 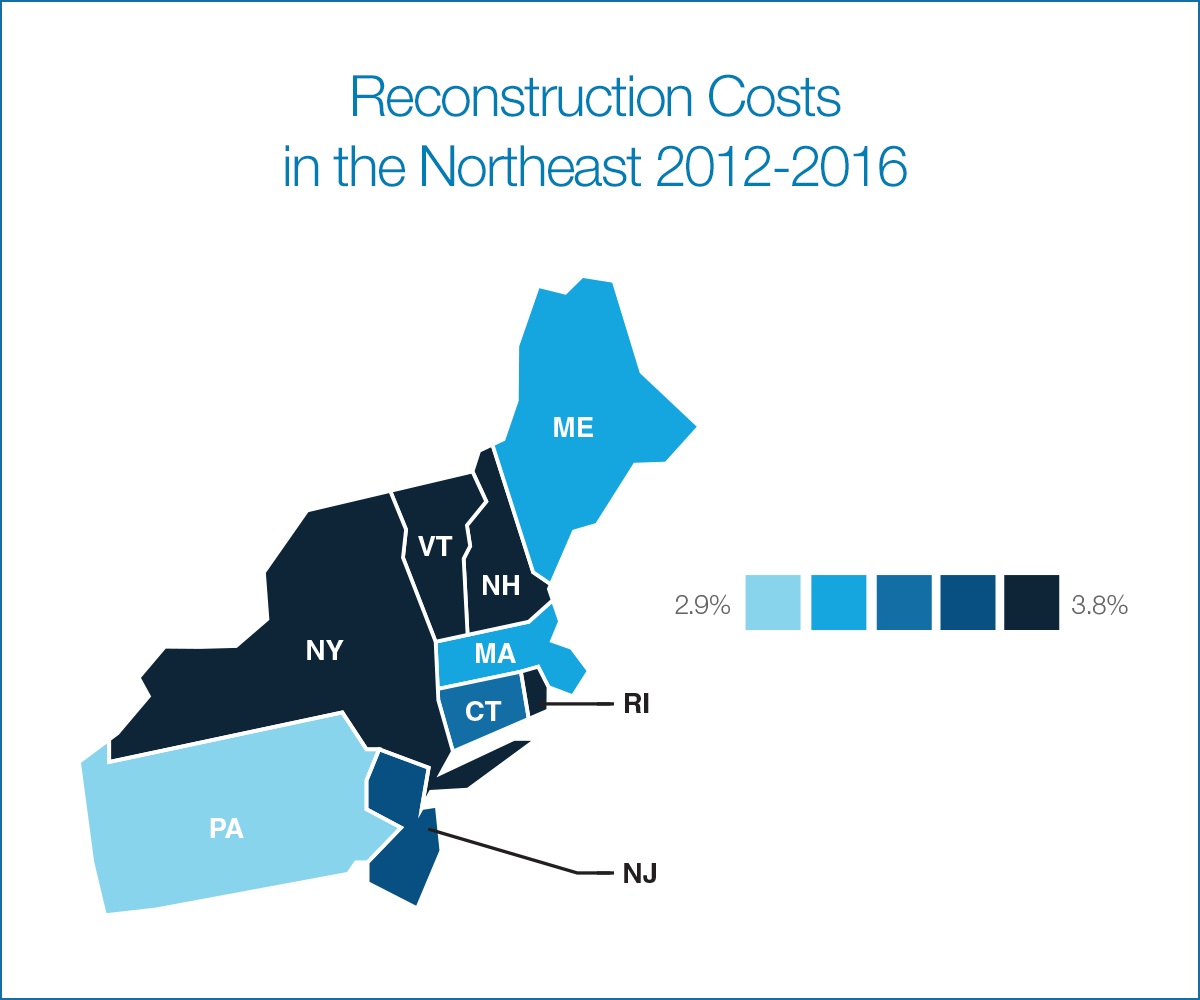 The Northeast led the nation in reconstruction cost growth during the 2012–2016 housing recovery, with labor and material costs in the region rising at an average annual rate of 3.4 percent. Of the nine states in the Northeast region (as defined by the United States Census Bureau), each state exhibited growth at or above the national average.

New York State recorded the highest rate increase, at 3.8 percent. New Hampshire and Vermont had 3.7 and 3.6 percent average annual growth, respectively. Massachusetts, Connecticut, and Maine grew at 3.2 percent. Pennsylvania was the only state with growth below 3 percent.

The Northeast is divided into two subregions: Middle Atlantic (Pennsylvania, New York, and New Jersey) and New England (Maine, Vermont, New Hampshire, Massachusetts, Connecticut, and Rhode Island). Reconstruction costs grew at levels above the national average in each subregion. The Middle Atlantic states set the national record for the fastest-growing material composite costs in 2012 and 2013 and for the most rapid rise in labor cost growth in 2012 and 2014. New England, meanwhile, set the U.S. record for fastest growth in labor costs in 2013.

Exceptional reconstruction cost growth in certain areas is difficult to attribute to specific causes. However, in such states as New York and Vermont, high-profile construction projects may have had an impact on material and labor costs. In New York, massive construction projects on Interstate 87—a major thoroughfare supporting businesses that cut through the center of the state—and nearby development projects may have increased the demand for material and labor sufficiently to increase reconstruction costs overall. Similarly, Vermont passed the largest transportation spending bill in its history, $685 million dollars in 2015, which may have stimulated growth in labor costs.

Read the next article in the series: Reconstruction costs in the West. You can also check out the series introduction.