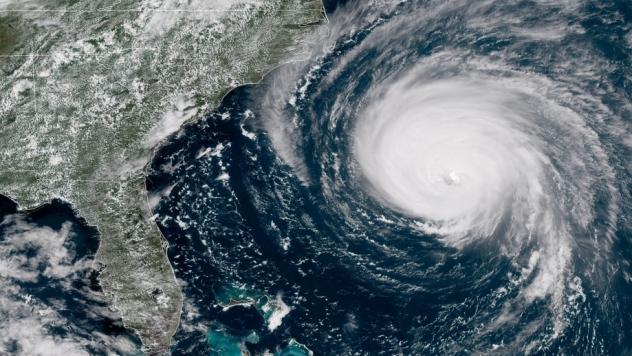 Editor's Note: The 2018 Atlantic Hurricane Season had been relatively quiet—until Florence blew into the Carolinas. In this article, which is adapted from one that originally appeared in AIR Worldwide's In Focus blog, Dr. Peter Sousounis, assistant vice president and director of meteorology in the Research and Modeling Division at AIR, examines how high precipitation rates were exacerbated by the storm's slow movement.

For the second time in the last two years, hurricane precipitation in the U.S. was exacerbated by incredibly slow movement as Florence impinged on the Carolina coastline.

It is a given that hurricanes are characterized by high precipitation rates of several inches per hour. But for the second time in the last two years, hurricane precipitation in the U.S. was exacerbated by incredibly slow movement as Florence impinged on the Carolina coastline.

The record-breaking rainfall from Harvey in 2017, and what will likely be record rainfall from Florence in 2018, can be partially explained by three factors, all tied to climate change:

Because we have estimates for the impacts of climate change on forward speed reduction and for increased water vapor, for completeness let’s suppose that the impact on intensity (and therefore convergence) is 5 percent, which is what some published research has shown to be the case.

We can estimate the average impact that climate change is having on tropical cyclone precipitation to be 1.05 x 1.25 x 1.07 = 1.40, or about a 40 percent increase. That is just an average. That said, in the absence of any climate change, Harvey may have only generated 42 inches for a maximum instead of 60. And Florence would only generate 21 inches instead of 30 (the National Hurricane Center is forecasting 20 to 30 inches for Coastal North Carolina into far northeastern South Carolina, with 40 inches in places). And that is just an estimate of the climate change impact in 2018.

Dr. Peter Sousounis is a assistant vice president, director of meteorology in the Research and Modeling division at AIR, where he oversees the development of projects that require expertise in meteorological or hydrodynamical modeling, including storm surge and tsunami.

Are you suffering from wording leakage? Discover the forms management cure