Wildfire activity is off to a quick start in 2020, further influencing a decade-long trend of increasing intensity and scope. Acres burned through June this year are well behind the pace set in 2017 and 2018 but nearly double the 2019 figures.

The average annual acreage burned in the United States is around 5.7 million over the past 30 years, but average acres burned have increased since the 1990s, with multiple record-breaking seasons in recent years. More than 39 million acres were consumed in the past five years.1 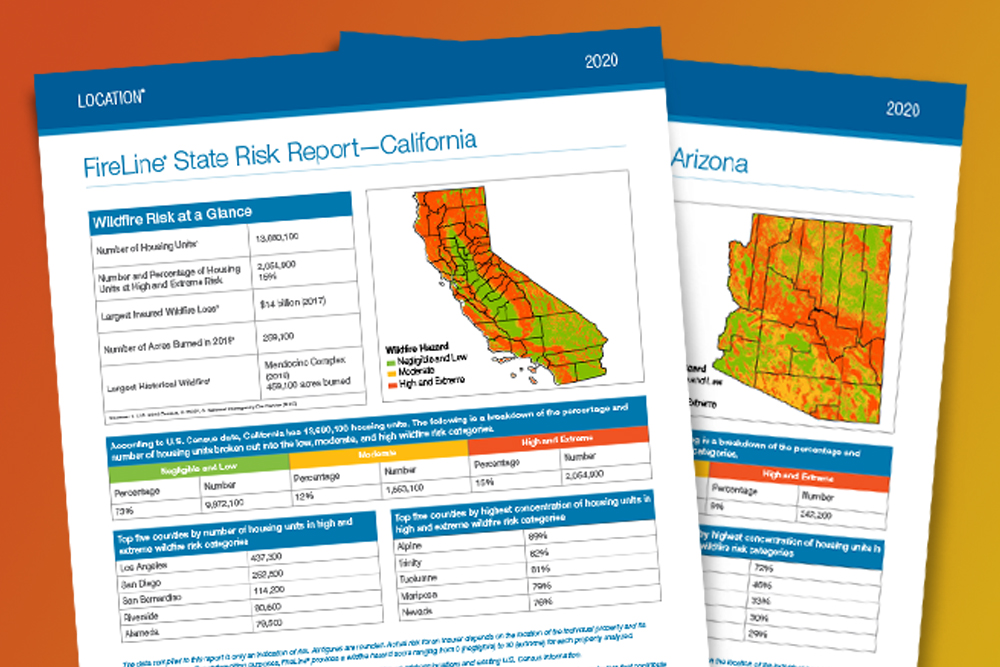 Fuel regrowth in previously burned areas can be even more combustible.

California, historically a focus of wildfire activity, shows how the ongoing effects of both climate change and human activity on the landscape can keep property exposure on an upward trend. Among the factors actively monitored is fuel regrowth in previously burned areas, which may produce vegetative material that’s even more combustible than what had grown there previously. After a year such as 2019, in which relatively little fuel was consumed, the net effect can be increased risk. The number of properties at high or extreme risk of wildfire in California grew by 1.7 percent from 2019 to about 2,054,900 in 2020.

Similar to the state increase, county-level data reveals the change extends widely across the most exposed areas. In the top five counties by both number and concentration of properties at high to extreme risk, the statistics increased modestly.

The principal factors Verisk considers in analyzing wildfire risk are fuel, slope, and access. Fuel, primarily vegetation, feeds wildfires. Steep slopes direct heat from a fire upward to ignite fuels above and spread the blaze. And difficult road access to a wildfire’s location can hinder efforts to contain it.

Updated data to stay current on the risk

FireLine Risk Reports have been updated for Arizona, California, and Colorado to keep up with recent activity, providing critical data property insurers need to keep a comprehensive view of wildfire risk at both the state and county levels. In addition to the 2020 updates, recently revised Risk Reports are available for ten other western states and two Canadian provinces.