The Ute Park Fire approached 37,000 acres in size as it burned an area along U.S. 64 in Colfax County, New Mexico. The fire started near the highway between Eagle Nest Lake and Cimarron, according to the New Mexico Fire Information website, which reported the fire as 77 percent contained in its June 11 morning update. The cause was still under investigation. 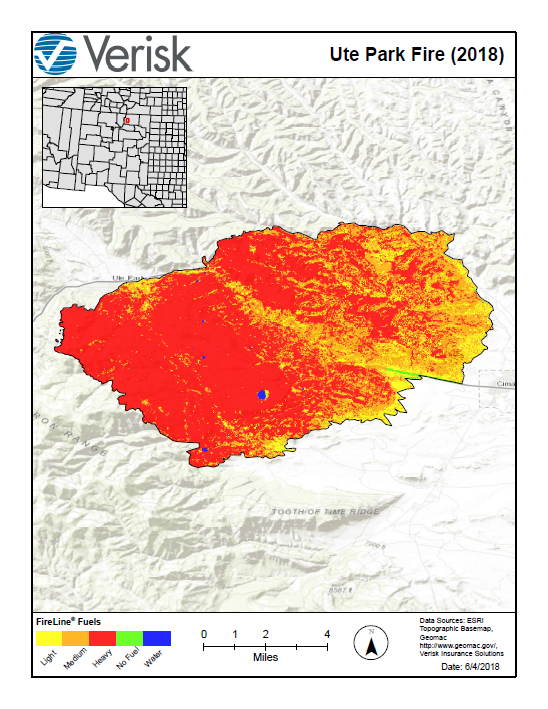 The Ute Park Fire, reported May 31, burned 14 outbuildings on the Philmont Scout Ranch but had not damaged any residences, the state fire website reported. Residents of Cimarron were allowed to return to their homes within a week of the fire’s outbreak, and the evacuation of Ute Park was later lifted as the threat to about 219 structures receded.

Rain on June 3 helped to slow the fire’s spread, but the return of drier conditions allowed the threat to persist.

FireLine®, Verisk’s wildfire risk management tool, is guiding analysis of risk factors seen within the Ute Park Fire’s perimeter. Verisk determined that areas considered to be at high to extreme risk constituted about 96 percent of the total fire area.

In addition to properties in the fire’s path, Cimarron Canyon State Park and the Cimarroncito and Urraca watersheds were also threatened. Local officials monitored water quality as the fire burned near the Cimarroncito Reservoir. 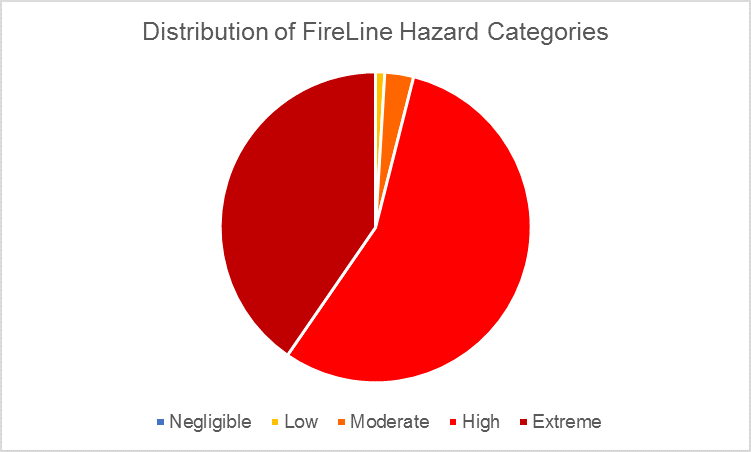 The terrain was marked by considerable amounts of heavy fuel and steep slopes, but access for firefighters was generally good.