The Tinder Fire consumed more than 16,000 acres in the area of Arizona’s Coconino National Forest from its start in late April through the first two weeks of May. A final update from the U.S. Forest Service, posted May 12, reported the fire as 79 percent contained. The cause was traced to an abandoned illegal campfire near the East Clear Creek. 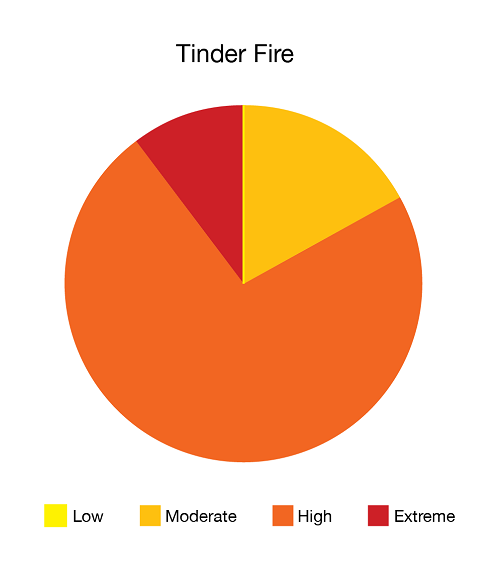 As many as 500 properties were threatened at the height of the fire, and several small communities were evacuated.

FireLine®, Verisk’s wildfire risk management tool, guided analysis of risk factors seen within the Tinder Fire’s perimeter. Verisk determined that areas considered to be at high to extreme risk accounted for about 83 percent of the total fire area. 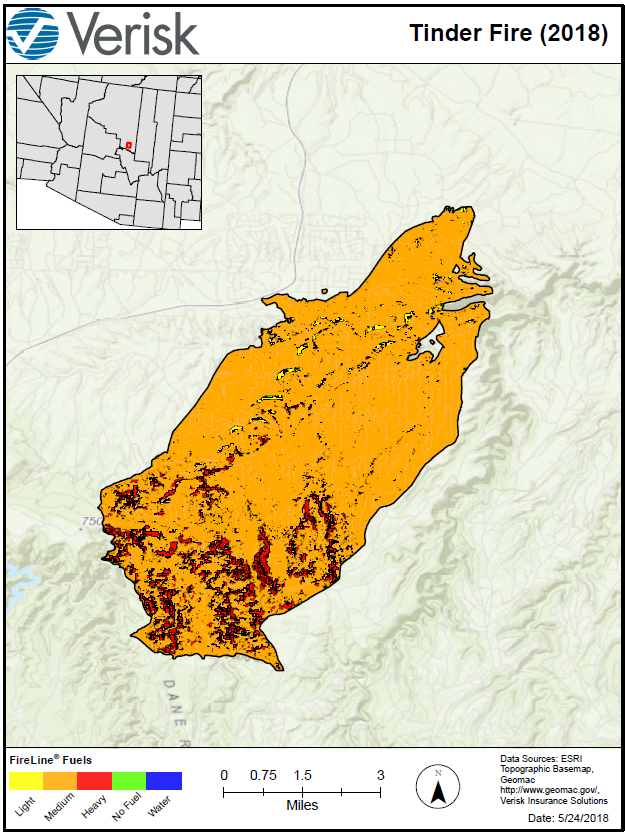 Fuels and severity of the terrain were generally moderate, and access for firefighters was generally good.

The above chart and the accompanying map show percentages of properties analyzed at extreme, high, moderate, and low risk.

No properties were analyzed to be at negligible risk. As many as 500 properties were threatened at the height of the fire, and several small communities were evacuated, according to news reports.

The value of aerial imagery

Aerial imagery from fixed-wing aircraft—such as that captured by Geomni, a Verisk business—allows insurers to get a first look at wildfire damage, often before adjusters are allowed into the area. This can help with resource deployment, initial damage assessment, and future risk analysis.