The growth of litigation funding and its potential effects on commercial auto insurance: Part one 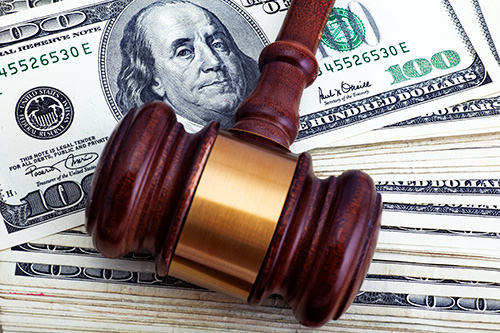 It started in Australia, made its way to Europe, and has been growing in the United States. In fact, litigation funding has grown 414 percent in this country from 2013 to 2017, according to a 2017 report by Burford Capital. It’s now a multi-billion-dollar business.

Litigation funding has grown 414 percent in the United States between 2013 and 2017, and it is now a multi-billion-dollar business.

Generally, in litigation funding, third-party investors provide funds to plaintiffs to pursue lawsuits against large companies, oftentimes insurers. It’s become a hot emerging issue and can significantly impact the insurance industry. This is especially prevalent in commercial auto insurance, where the use of litigation funding could be helping to drive up claim severity, according to an article last year in Carrier Management.

With the current state of the commercial auto insurance industry being very challenging, where losses are outpacing premiums as Verisk research has shown, litigation funding could be another obstacle for profitability. Commercial auto carriers have deeper pockets, busier drivers, riskier payloads, and other conditions that make cases attractive to third-party investors willing to support higher payouts to plaintiffs for claims.

The practice of litigation funding is complicated by the fact that disclosure laws requiring plaintiffs to reveal they’re being supported by a third party are rare. In 2018, Wisconsin passed a law that requires litigants to disclose any agreements where third party funders could receive a share of earnings from the lawsuit. According to a Reuters article, 11  states have adopted laws regulating some aspects of litigation funding. Even so, insurers can be surprised by a claimant with unexpected financial resources during a legal action.

What is litigation funding?

The litigation funding that can concern insurers is generally where a third-party investor provides funding for litigation costs in exchange for part of the eventual payout. As explained in an article in Law Journal Newsletters,1 the litigation funder provides money to the plaintiff and takes a calculated risk that there will be a payout in the case large enough to return the investment plus a profit.

The percentage of the return to the investor is usually quite large, and to avoid certain penalties and limitations, the investor reportedly will structure the agreement as a non-recourse cash advance—an investment, not a loan, according to an article in U.S. News & World Report. In these agreements, the plaintiff isn’t charged anything if the case is lost.

The attraction for third party investors

According to the Law Journal Newsletters article, as of October 2017, third-party litigation funders committed more than $1 billion to plaintiffs for lawsuits. Attorneys are finding this a viable way to pursue lawsuits where plaintiffs have limited resources. The article points out that since the investor is looking to make a profit, it’s an indication that this business-minded third party feels the claim is strong enough to win and earn a worthwhile return, possibly giving the lawsuit greater legitimacy.

Hedge funds have emerged as some of the biggest investors in litigation funding. The article in U.S. News & World Report illustrated why with an example from a lawyer experienced in these cases. In the example, a third party invests $100,000 in a case. The agreement specifies that the investor gets back the initial funding plus 100 percent and 15 percent of the rest of the settlement. If the case settles for $1 million, the investor could realize a 220 percent return and 32 percent cut of the settlement. The article does note that such agreements vary from case to case depending on the underlying circumstances.

In addition to the returns, investors benefit in other ways. They can diversify their portfolios with risks not connected to overall financial markets or other investments and spread risk across a larger book. According to the Law Journal Newsletters article, these investments are typically structured as a prepaid forward contract not a loan, because the investor is looking to avoid charges of usury and other potential issues Prepaid forward contracts can provide capital gain tax treatment since the reward amount is deferred until litigation is resolved.

There are benefits for the plaintiffs in a litigation funding arrangement, too. The plaintiffs get to mitigate their risk while only giving up a percentage of the proceeds. The willingness of a third party to fund a lawsuit can provide incentive to pursue a case in anticipation of a larger reward, and may even lead to frivolous lawsuits, according to the U.S. News & World Report article. Litigation funding can also discourage settlement and prolong a case for a potentially larger payout.

Litigation funding has important implications for insurers, including Commercial Auto carriers. Want to learn more about the impact on insurers? Look for Part Two of this article in Visualize.

Diane Injic is Director for Commercial Auto Underwriting at ISO. She can be reached at diane.injic@verisk.com.