The SPARC Act seeks to provide clarity as to when Medicare Part D plans, which offer stand-alone prescription drug coverage to Medicare beneficiaries, can recover in the MSP context. The sponsors of SPARC believe that the Part D plans’ MSP compliance obligations (or paths to recovery) are “ambiguous and uncertain.” 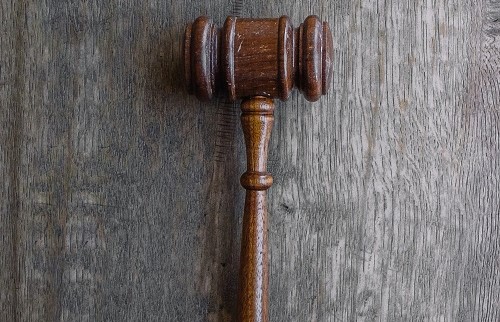 The Part D benefit dates back to 2003, and at that time there was no legislation specifically addressing the secondary payer ramifications of Medicare prescription drug plans. Since then, the most important case addressing the activities of Part D plans did so only in a footnote. In 2012, the U.S. Court of Appeals for the Third Circuit decided the pivotal case of In re Avandia. This ruling stated that the MSP’s private cause of action provision could be used by Medicare Advantage Plans to sue workers' compensation and no-fault insurers in Federal Court. The Avandia court incorporated Medicare Part D plans into their decision with a footnote, explaining:

“Our decision here unquestionably results in cost savings for the Medicare Trust Fund because our holding on the meaning of the private cause of action will apply equally to private entities that provide prescription drug benefits pursuant to Medicare Part D.” See In re Avandia Marketing, Sales Practices and Products Liability Litigation, 685 F.3d 353, (3d Cir. 2012).

While the courts have not addressed Part D plans since Avandia, the sponsors of the SPARC Act are now focusing on this area. The SPARC Act would relegate Part D plans to subrogation as opposed to being able to pursue the same rights of recovery as Medicare (and Medicare Advantage in at least two circuit courts of appeals). The SPARC Act would also force Medicare and the Part D plans to collaborate on a website to allow third parties and beneficiaries to identify any money owed for secondary payer purposes and to allow for repayment. In this way, the SPARC Act seeks to capitalize on the legacy of the SMART Act, which mandated that Medicare permanently deploy a web portal for the purposes of Medicare conditional payment investigation, determination, and disputes.

The SPARC Act is still in its infancy, and with Congress turning over in January 2017, there may not be enough time in this session to make the SPARC Act law. From a practical perspective, Part D recovery practices are rarely cited at the top of the list of pain points in MSP compliance. On the other hand, Medicare Advantage Plans (MAPs) are often cited by practitioners as troubling due to the often rogue recovery practices of MAPs and the brick-by-brick approach they have taken in litigating to expand Medicare Advantage Plans’ MSP rights. As our map outlines, there are now six states where MAPs are on the same pedestal as Medicare.

With other circuit courts of appeals yet to weigh in on MAP rights, the SPARC Act may unwittingly create an opening for Advantage Plans hoping to consolidate their victories in the Third and Eleventh Circuits. If the new law is interpreted as overturning Avandia for Part D plans, it may pave the way for MAPs to explain that Congress—in ignoring MAPs entirely—has made a conscious decision to let Avandia and its progeny stand. After all, the SPARC Act seeks to overturn a footnote in Avandia while leaving the core decision intact.