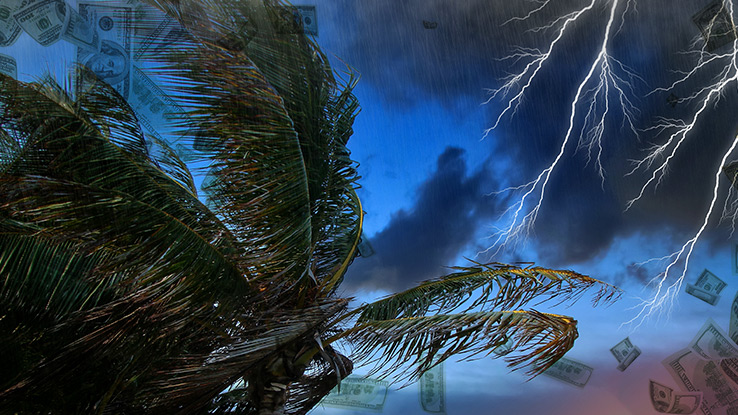 Over the past ten years, 2010 and 2018 were the most active years for September catastrophes, with a combined total of eleven events resulting in approximately 2.2 million claims and $54.2 billion in insured losses. September 2018 saw two named storms, including one major hurricane (Florence). 2017 saw two major hurricanes (Irma and Maria), which severely impacted the industry.

The NOAA Climate Prediction Center has raised the likelihood of an above-normal hurricane season to an 85 percent chance.

As we continue to approach the height of the Atlantic Hurricane Season (which runs from mid-August through October), the NOAA Climate Prediction Center has raised the likelihood of an above-normal season to an 85 percent chance. The NOAA’s May outlook shows potential for an extremely active season. So far, there have been 11 named storms this season. An average six-month hurricane season produces 12 named storms, of which six become hurricanes, including three major hurricanes.

For the entire season, which ends November 30th, NOAA predicts a total of 19 to 25 named storms (winds of 39 mph or higher). Seven to 11 of them could become hurricanes (winds of 74 mph or higher), including three to six major hurricanes (winds of 111 mph or higher). There have been 28 catastrophes designated in September in the last ten years, resulting in $64.2 billion in insured losses from approximately 3.1 million claims. Hurricanes and tropical storm catastrophes alone accounted for $58.9 billion of those insured losses and 2.6 million claims. The following graph illustrates catastrophe activity for September from 2010 to 2019 in terms of dollar losses and claim volumes. 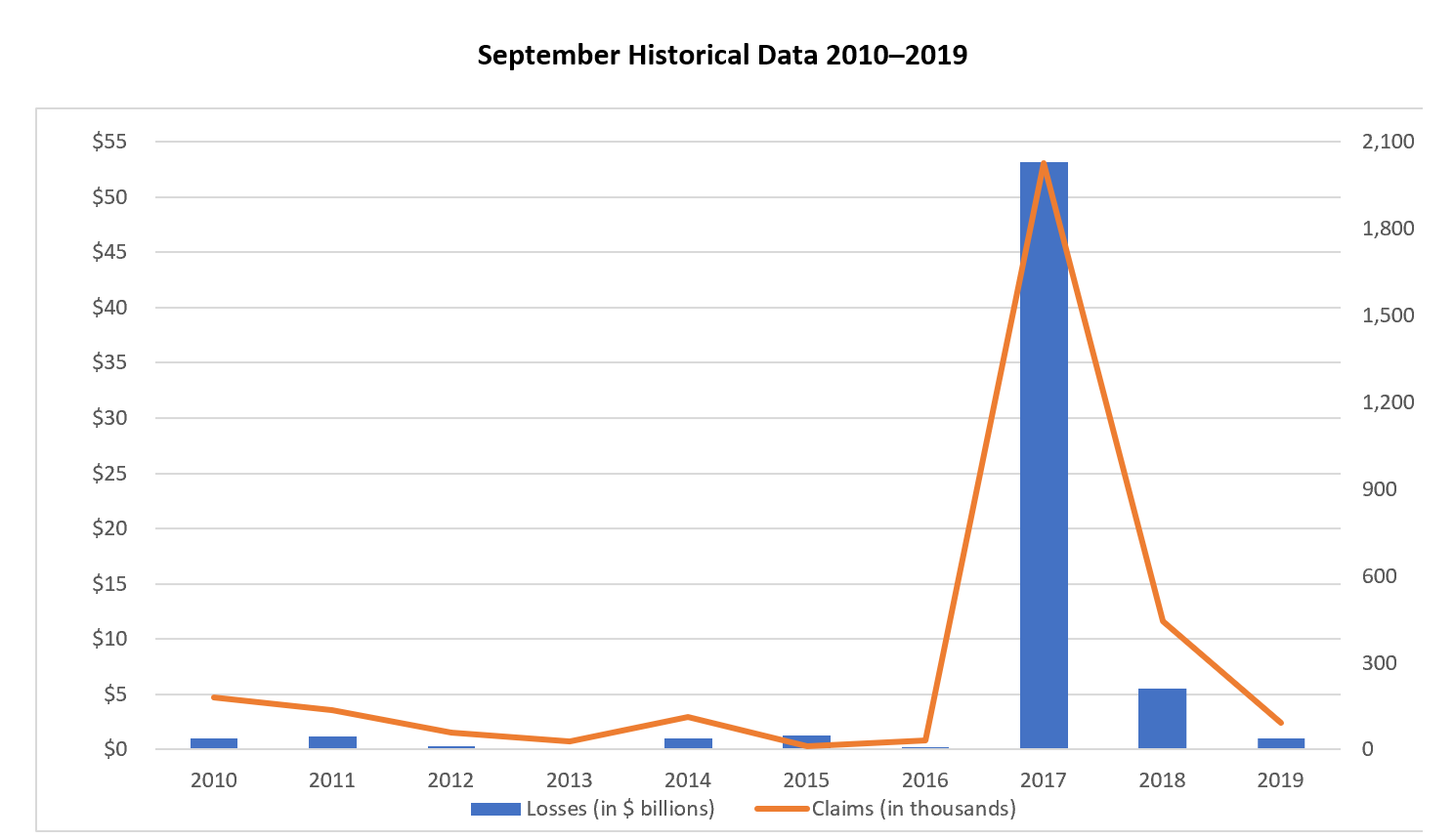 5 claims lessons from the COVID-19 pandemic